Hundreds of evil activities are on the rise. Don't get involved. 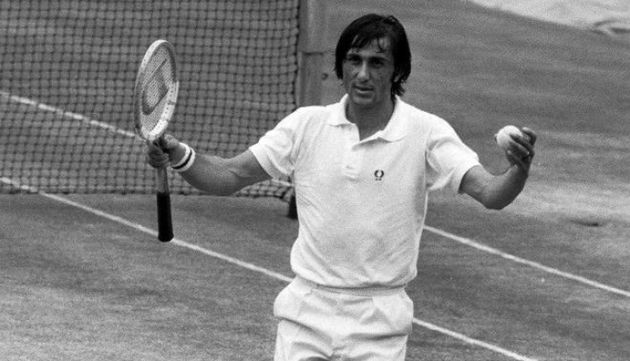 The day before an important doubles match in the Roland Garros tournament, he knew he would compete against PANATTA and BERTOLUCCI. Knowing the Italians were very superstitious, he took a black cat along to the court!

When Panatta was going to make the first serve, Ilie opened his sports bag and the cat jumped out. The Italians were terrified, lost the match and didn't speak to Ilie for months.

There are so many superstitious people in the world! They follow completely irrational beliefs, trusting their lives to people who can't even solve their own problems.

They don't realise that superstition is demonic; the prince of evil is behind it. He only wants to destroy millions of lives.

The occult is real, and it's no game. The occult, black magic, tarot, horoscopes, satanic rituals etc. are all part of the Devil's wiles.

Anyone who takes part in these things will lose: sometimes their lives, possessions, peace of mind, and always their soul. Don't be taken in! Many people get involved out of curiosity about the future, allowing someone to read their cards, and they end up slaves of destruction and death.

Something as seemingly trivial as your horoscope can trap you into a senseless lifestyle. God himself tells you to avoid them. They lead to destruction.

Don't forget that the boss of the occult is a loser by nature: Satan himself. If you let the Devil fool you, you'll become addicted to the future and it'll be very hard to break free.

There are other things besides horoscopes that can lead you into the occult, and have brought misery to millions: ouija boards, tarot, predicting the future, palmistry, necromancy, black masses, popular superstitions, unbiblical religious rituals, animal sacrifice.

Hundreds of evil activities are on the rise. Don't get involved, not even a bit! Don't destroy your life! In this sort of situation, run!

Published in: Evangelical Focus - Finish Line - Superstition? no, thanks