The root of the opposition which we face is spiritual, so the weapons with which we counter it are spiritual too: Prayer, Faith, Acknowledgment of our reliance upon God – coupled with effort, strategising and resolution. 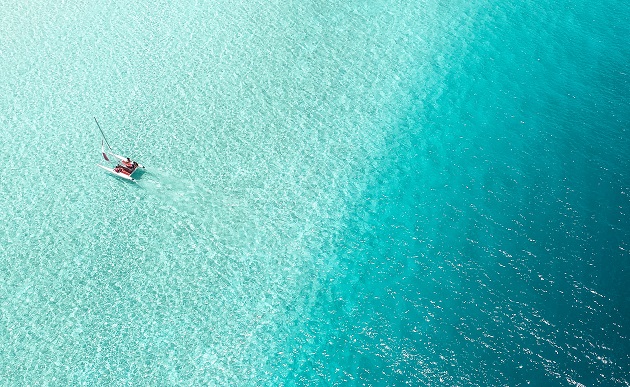 I wonder if you ever had this experience: You feel a strong prompting from God to engage in a new initiative or course of action. There is a struggle to get it started. Then, when you do get going, you immediately come up against opposition or obstacles.

It has happened to me many times. For example, a few years ago I felt prompted to write a book, applying the book of Daniel to life today. I struggled with this for some time. I told God that there were quite enough books in the world already, without me writing another one; and probably nobody would ever read my book, as I am not well known

I sensed God saying that, in his view, these were not sufficient reasons for not responding to him; and even if he was the only person who ever read the book, it would still be worthwhile. I continued to struggle with the idea, but I was receiving such strong guidance that not writing would have been downright disobedient.

Yet when I finally started to write, I encountered all kinds of opposition. A nagging inner voice kept saying, ‘You’re wasting your time. Nobody will ever read it.’ I knew that this was not coming from God, but it tapped into something in my own nature and was hard to resist. At the same time all kinds of urgent situations presented themselves to me, so that there was no time let to sit and write.

We see this same phenomenon in a much more significant way in Jesus’ birth and ministry. When God began to implement the crucial phase of his plan of salvation for the human race by having Jesus born as a baby in Bethlehem, there was immediate violent opposition. King Herod went to great lengths to kill the baby. 30 years later, as he set out on his public ministry, in the wilderness Jesus faced head to head opposition from the devil, casting doubts on his capacities and seeking to recruit him to his cause.

Moses too faced opposition when beginning a new venture, leading his people out of slavery in Egypt and into their own country. He was every bit as reluctant to do this as I was to begin writing my book. “Who am I that I should go to Pharaoh and bring the Israelites out of Egypt,” he remonstrated with God (Exodus 3:11). “I have never been eloquent. … I am slow of speech and tongue. … Lord, please send someone else to do it,” he pleaded (Exodus 4:10-13). He only gave in when the Lord got angry with him and agreed to let his brother Aaron accompany him.

Once he decided to obey, there was a massive struggle to begin what God had asked him to do. Not only did Pharaoh persistently refuse to set the Israelites free and lose their forced labour, even though his country had been inflicted with a series of nasty plagues, but the Israelites themselves were pretty halfhearted towards Moses. When they finally broke free, after a number of dramatic supernatural interventions from God, they came against strong opposition.

For a group of people who had been brought up as slaves, who had never fought a battle in their lives, this attack was extremely daunting. The Amalekites were experienced warriors, regularly skirmishing with neighbouring tribes. These inexperienced Israelites must have seemed easy meat to them.

How to handle opposition? The simple answer is: By opposing it. The method will vary with the nature of the opposition. In my case, I needed to fight the circumstances by reordering my priorities, and my own doubts by trusting in what I felt God had told me. Joseph obeyed the angel who came to him in a dream and saved his son. Jesus overcame the devil’s temptations by relying on the words of Scripture.

Resisting opposition is often compounded by a nagging voice that says, ‘Actually this is not God’s will. He is the one who is opposing you.’ It is not always easy to determine whether obstacles placed in our way are from God, from the devil or are the “time and chance that happen to all of us” (Ecclesiastes 9:11). The advice and encouragement of trusted Christian friends is invaluable in discerning this.

The Israelites, under Moses’ direction, met the Amalekite opposition with force - an option which is not open to the church today. But he recognised that this was no ordinary battle. So, as his troops fought under Joshua, he lifted up the staff of God as a symbolic gesture of bringing the power of heaven down to earth from the throne of the Lord.

Here, then, is the key to resisting whatever opposes us from doing God’s will. Trying hard, strategising, making resolutions are all useful; but they are not enough. The Lord gave the key to Zerubbabel, governor of Israel many years after Moses: “Not by might, nor by power, but by my Spirit” (Zechariah 4:6).

The root of the opposition which we face is spiritual, so the weapons with which we counter it are spiritual too: Prayer, Faith, Acknowledgment of our reliance upon God – coupled with effort, strategising and resolution. If “our hands are trained for battle” (Psalm 18:34) with these weapons, then truly, “No weapon forged against us will prevail” (Isaiah 54:17).

Thus, “Joshua overcame the Amalekite army by the sword”. The baby Jesus was kept safe from Herod’s soldiers. Jesus began his ministry without being compromised with the devil. And the first version of my book has been written.

Published in: Evangelical Focus - Faithful under Pressure - The Amalekites – Opposition