When Adam sinned he looked for something to cover himself with (yes, sin strips you bare, it shows who you really are). 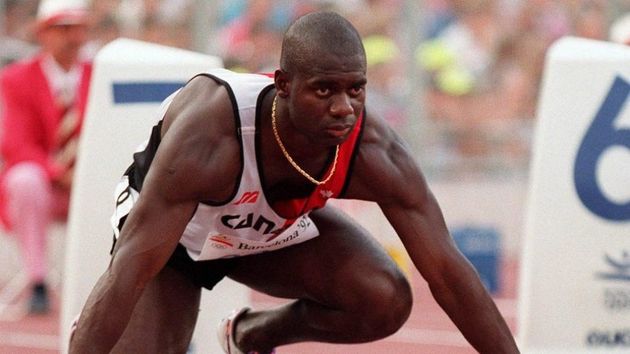 When we think of the Seoul Olympics of 1988, one name comes to mind: BEN JOHNSON. The fastest man on two legs had his medals and records stripped away for having taken prohibited substances.

He was banned from sports competitions for two years and had pages and pages written against him in the world's press.

No, I'm not going to defend Ben Johnson. He did wrong and deserved all that he got. But that's the weird thing about our crazy, hypocritical and immoral world; he was given a two-year sentence for something relatively unimportant (it was, after all, only a sporting issue).

And there's no-one to dish out any sentence or punishment for any of this. When Adam sinned he looked for something to cover himself with (yes, sin strips you bare, it shows who you really are).

So he got hold of a fig leaf. And today we carry on covering things with the equivalent of fig leaves - as in the case of Ben Johnson - thinking we've dealt with the issue, while greater evils go unchallenged.

What could a punishment be for a lie? What about deceit? Or killing someone? We'd better not go any further down this path or we'll all be guilty of something!

Do you know what? God knows we're all guilty! We're all in the same boat. We've all sinned and fallen short of his glory and standards. So don't go looking for a way out; we're all in this together.

What? You think you're perfect? Romans 1 & 2 is very clear in its description of today's society, and, therefore, of what we are all like. We're all guilty in God's eyes.

We may think that some people definitely deserve to be punished more than others, but that doesn't change the overall verdict.