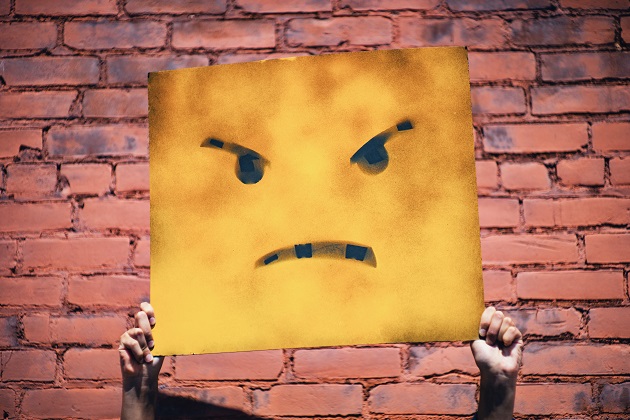 Blasphemy is an emotive word. According to the 2017 report of the US Commission on International Religious Freedom, 71 countries have blasphemy laws, in some cases punishable by death.

The most well-known is probably Pakistan, because of Asia Bibi, an illiterate woman who was held on death row for eight years until finally being allowed to leave for Canada last year. Pakistan has had 1,300 blasphemy cases in the past 30 years, the majority of them against Muslims.

There may well be genuinely motivated blasphemy cases, but this law offers such an easy way to settle a personal score. You have a dispute with somebody, you accuse them of blasphemy, you produce witnesses who have been primed, you whip up the religious fervour of the mob, and your adversary is shut away in jail, the court case goes on interminably, and you take over his property.

It is an age-old tactic, used by King Ahab and Queen Jezebel against the poor Naboth nearly 3,000 years ago (1 Kings 21).

Other than Pakistan, Iran, Saudi Arabia and Mauritania have also handed down death sentences for blasphemy in recent years. And, lest it be thought that such laws are only operative in Muslim countries, during this present century blasphemy cases have been brought in Denmark, Finland and Germany.  In the UK, as recently as 1977, the magazine Gay News was found guilty of blasphemous libel for publishing a poem luridly describing the supposed sex life of Christ. That law was repealed only in 2008.

There is much debate over the extent to which the law should be used to protect religious sensitivities, and how this tallies with the freedom of speech which we so value in the West. Here is not the place to go into such matters. But for the Israelites in the desert this was not an issue. Their civil law was the law which had been given to them by God through Moses on Mount Sinai, and it spoke very clearly of the importance of honouring God’s name (Exodus 20:7).

Much of that law may seem harsh to us now, especially its stipulation of “an eye for an eye, a tooth for a tooth” (which is also recorded in Leviticus 24). But, in comparison with the legal codes of other nations at that time, it was quite advanced. It was, though, a child of its time. Jesus explained that some of its provisions were there because the hearts of the Israelites were hard (Matthew 19:8) – that is, it took into account the limitations of their stage of human development. And he specifically repudiated its “eye for eye, tooth for tooth” provision (Matthew 5:38-42).

What he did not repudiate was the provisions with regard to honouring God (e.g. John 5:23, 8:49), and therefore not blaspheming him. For the Oxford English Dictionary definition of blasphemy is, ‘behaviour or language that is offensive or shows a lack of respect for God or religion’. Thus, “blasphemers” are among those who will appear in the terrible times in the last days (2 Timothy 3:1-2 – the Greek word translated “abusive” or “revilers” in some modern versions is literally “blasphemers”, as in the King James Version.

In this passage in Leviticus 24 we have a man with an Israelite mother and a (presumably absent) Egyptian father, who gets into a fight. In the heat of the moment he blasphemes the Name with a curse (verses 10-11) – even today many Jews hold the name of God in such awe that they refuse to speak or write it, let alone curse it. Apparently such a blasphemy had not happened before, so the people had to consult the Lord as to what to do (verse 12).

The answer came back clearly. The blasphemer was to be stoned to death (verses 13-16), a punishment which was still being carried out in the time of the New Testament, as we see with Stephen (Acts 7) and Paul (Acts 14:19). The sentence was harsh because the law of Moses was harsh, in contrast to the “grace and truth which came through Jesus Christ” (John 1:17). Yet the principle remains: dishonouring or cursing God’s name has serious consequences.

My first secondary school was a traditional grammar school, where the students quaked inwardly at the sight of the headmaster walking towards you in the corridor. Yet he was a wise man. He himself took the Divinity class for all the first year students in the school, so as to gain a personal knowledge of every one of them. He took us through the first two books of the Bible, Genesis and Exodus.

I remember only one thing from those lessons. When we came to the commandment, “You shall not take the name of the Lord in vain” (Exodus 20:7), he explained that this did not only mean cursing God or using his name as a swear word, but it had a much wider sense. It encompassed those who engaged in a certain course of action, say a war, and confidently proclaimed, ‘God is on our side’. At that time, as an 11-year-old, I did not understand this; but later I came to see the truth of it.

We who are following Christ are unlikely to blaspheme or curse him or the name of God. Yet how easy it is to attach his name to our particular cause, to our political party, to our church denomination, and boldly proclaim to the world, ‘God is on our side’.

Because we are under grace, not law, this is unlikely to result in us being put to death. But it will kill spiritual life. We will find ourselves left with a hollow skeleton of political or economic philosophy, or denominational theology, which has no life in it. We will have blocked the flow of life from the living God to ourselves.