The ivy that strangles 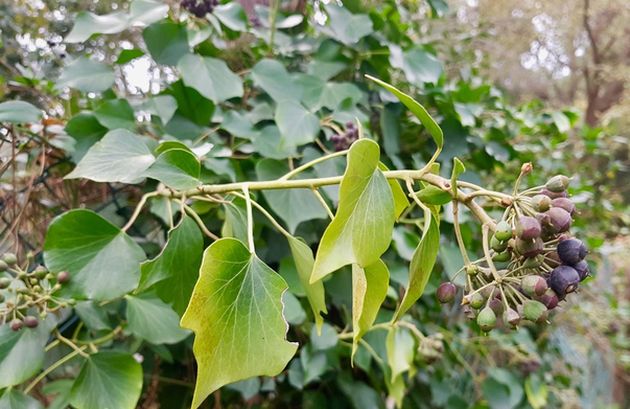 Not long after this the king sent an Athenian senator to force the Jews to abandon the laws of their ancestors and live no longer by the laws of God, also to profane the temple in Jerusalem and dedicate it to Olympian Zeus, and the one on Mount Gerizim to Zeus the Host to Strangers, as the local inhabitants were wont to be.

This was a harsh and utterly intolerable evil. The Gentiles filled the temple with debauchery and revelry; they amused themselves with prostitutes and had intercourse with women even in the sacred courts. They also brought forbidden things into the temple, so that the altar was covered with abominable offerings prohibited by the laws.

No one could keep the sabbath or celebrate the traditional feasts, nor even admit to being a Jew. Moreover, at the monthly celebration of the king’s birthday the Jews, from bitter necessity, had to partake of the sacrifices, and when the festival of Dionysus* was celebrated, they were compelled to march in his procession, wearing wreaths of ivy.

The Hebrew word translated here as ivy does not appear in most Protestant versions of the Bible.

It only occurs in the apocryphal historical book of the Maccabees (2 Mac. 6 v 7), which is included in Catholic versions, and also in the Spanish translation Dios Habla Hoy (God speaks today), and in the Traducción al Lenguaje Actual (Current Language Translation).

Despite being a plant that grows wild in Palestine, it is never mentioned in the Bible. When we read this story in Maccabees, it’s not hard to understand why the Hebrews were not very keen on this climbing plant.

The Greek god Dionysius (or Bacchus for the Romans) is typically depicted with an ivy wreath around his head. Poets and guests at banquets were also often crowned with ivy.

As it is a very prolific plant, whose leaves remain green throughout the winter, and spread over the trunks of other trees that have long since lost their leaves, ivy was seen as a symbol of immortality, and a promise of resurrection.

The Egyptians attributed the discovery of ivy to the goddess Osiris, and preferred it to the vine, for their offerings to the gods, as, unlike other plants, it did not lose its leaves [1]. It abounded in the well-watered gardens of the Nile Delta and valley.

Likewise, the Romans had a predilection for ivy, as it was a climbing plant that served to decorate the pergolas and porticos of their houses and provide shade for the occupants.

Common ivy (Hedera helix) is a climbing plant that originated in the forests of Europe, Africa and Asia, and even as far east as Japan. It is also present in Galilee, in the north of Israel.

It belongs to the Araliaceae family and is regarded as an ancient species that formed part of the laurel forests of the Tertiary age. As has already been mentioned, its leaves are evergreen, and have been used since ancient times for medicinal purposes.

In the same plant there are usually two different kinds of leaves, lobulate ones on the non-flowering branches and others with no lobules on the flowering branches. The fruits are poisonous pea-sized black berries with two to five seeds.

However, laboratories can extract from ivy such substances as saponins, which sedate patients suffering from spasms and convulsions, and possess expectorant and antitussive properties.

Some scholars believe this to be related to the reference in the apocryphal book of Maccabees to the mark with which Ptolemy IV Philopater marked the Jews with the god Dyonisius’s “ivy leaf”, as a sign of their idolatrous identity[2] .

Finally, in his commentary to Psalm 15, the 16th century theologian Richard Turnbull wrote the following words on the subject of usury:

“So the usurer is a soft beast at first to handle, but in continuance of time the hardness of his teeth will eat thee up, both flesh and bone, if thou beware not. He pleadeth love, but not for thy sake, but for his own; for as the ivy colleth and claspeth the oak as a lover, but thereby it groweth up and over toppeth the oak, and sucketh out the juice and sap thereof, that it cannot thrive nor prosper; so the usurer colleth, embraceth, and claspeth in arms the borrower, that thereby himself may grow richer, and suck all wealth, goods, and riches from him, that he never thriveth or prospereth after. The pleasure the usurer showeth is like the playing of the cat with the silly mouse: the cat playeth with the mouse, but the play of the cat is the death of the mouse. The usurer pleasureth the borrower; but the pleasure of the usurer is the undoing of the borrower. The fox through craft slideth and tumbleth and maketh much pastime till he come to the prey, then he devoureth: the usurer maketh many fair speeches, giveth out many fair promises, pretendeth very great kindness, until he have got thee within his compass, then he crusheth and cruciateth thee. he usurer preyeth upon the poor, he waxeth rich at the penury of his brother, he clotheth himself with the coat of the naked, he gathereth riches of the indigency and want of his neighbour; he feedeth himself of the bread of the hungry, and devoureth his poor brother.” [3]

Sadly, even now in the 21st century, little has changed. Ivy continues to strangle everything it finds.

Published in: Evangelical Focus - Zoe - The ivy that strangles