In this 13th chapter of Hosea we unexpectedly come across one of the most remarkable verses in the book, if not in the whole Old Testament. But first we need to see its context. 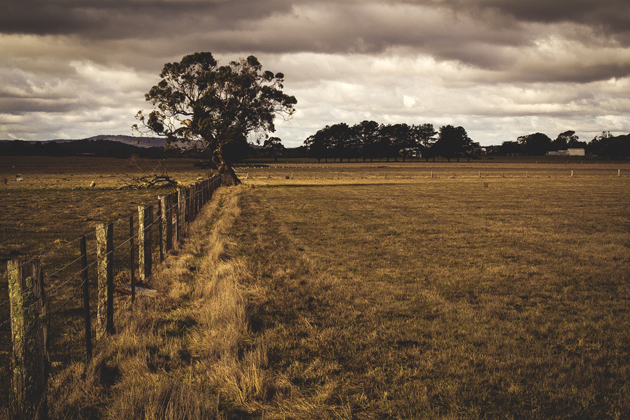 In this 13th chapter of Hosea we unexpectedly come across one of the most remarkable verses in the book, if not in the whole Old Testament. But first we need to see its context. This chapter is about death, a subject which we often avoid in our Western cultures, but which the Bible is not afraid to tackle head on.

In this chapter the Lord tells Israel through the prophet that their offering of sacrifices to idols is inviting death into themselves, making them as short-lived as mist in the morning, as chaff on the threshing floor, as smoke disappearing through a window (verse 3).

He tells them that their pride and their forgetting him is bringing death and destruction on them, for he himself is poised to attack them like a leopard, a lion or a wild bear (verses 6-8). Their opposition to him is destroying them (verse 9). Their rebellion against him will bring them only sterility and violent death (verses 15-16).

Maybe this picture of God feels rather unfamiliar or uncomfortable to you, like a relic of an Old Testament age when things were very different. But the New Testament confirms these words, though in more sober language. It tells us, Sin entered the world through one man [Adam], and death through sin, and in this way death came to all people, because all sinned (Romans 5:12). It warns us, The wages of sin is death (Romans 6:23).

I used to think that this latter verse was a warning that, if we didn't get our sins forgiven, we would be separated from God in the final judgment (which is death). Whilst this is true, I have discovered a whole lot more depth of meaning in these words. Like Israel in Hosea’s time, every time we sin - do what is contrary to God’s purposes for us - we give an opening to something of death to enter into us. So, over a period of time our decisions and our actions either bring God’s life or bring death into our being. John says, No-one who lives in him keeps on sinning. No-one who continues to sin has either seen him or known him (and so has nothing of his life in him - 1 John 3:6).

Is there anything that God can do about this? Thankfully, yes! In the midst of all the threatenings of this chapter comes that remarkable verse which I mentioned at the beginning. It is verse 14. We may be familiar with it because it is quoted in the New Testament at the climax of Paul’s long treatise about the resurrection of the body in 1 Corinthians 15. The version quoted there is the Greek version of the Old Testament, called the Septuagint. However, the original Hebrew version, although on much the same lines as the Greek, is much more dramatic; in it God says this: I myself will be your plagues, O death; I myself will be your destruction, O Sheol; I will not change my mind.

Thus verse 14 is a mind-blowing prediction that one day the Lord himself would somehow experience the plagues and the destruction of death and thereby destroy its power. But how on earth could this happen? How could God do this from his safe vantage point of heaven?

The answer, we now know, is in the person of Jesus Christ. God made him, who knew no sin, to be sin for us, so that in him we might become the righteousness of God (2 Corinthians 5:21).

Death has been defeated, by Jesus dying and being raised again to life. The full extent of that victory will not be made apparent until the end of the present age (1 Corinthians 15:26, Revelation 20:14). But the victory is real; and we are already beginning to feel its beneficial effects: Though outwardly we are wasting away, inwardly we are being renewed day by day (2 Corinthians 4:16). Jesus assures us, He who believes in me will live, even though he dies; and whoever lives and believes in me will never die (John 11:25-26).

Here are the implications of this for us today. We are faced with the same choice that Moses gave to Israel shortly before he died: This day I have set before you life and death, blessings and curses, Now choose life, so that you and your children may live, and that you may love the Lord your God, listen to his voice and hold fast to him. For the Lord is your life (Deuteronomy 30:19-20). This is crucial for every one of us who is reading this, but especially if you are troubled by thoughts of death or suicide, or these things are prevalent in your family or in your community. The solution is simple and life-changing: Each day, Choose life!