Some believe that “Europe cannot afford to dismiss energy sources” with low CO₂ emissions, but others warn that the decision of the European Union “is all about information for the capital markets”. 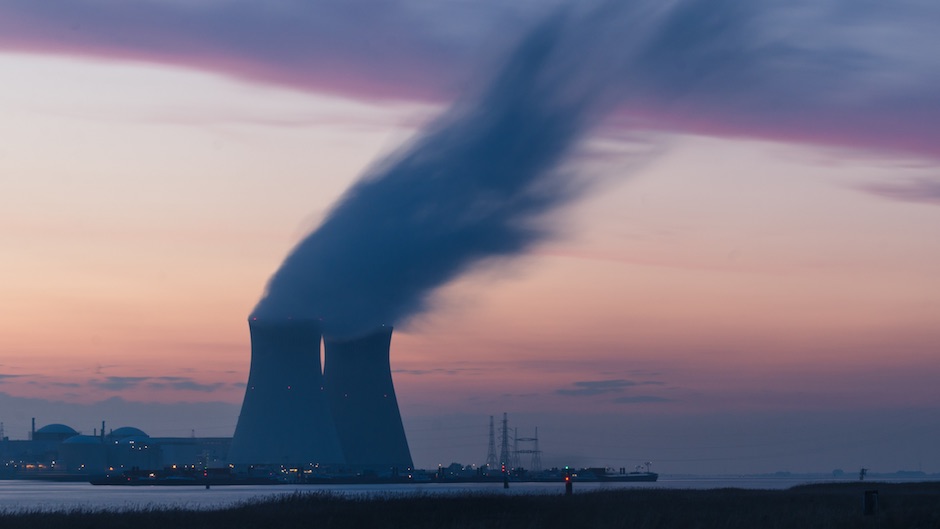 Coinciding with the end of 2021, the European Commission published new changes to its classification of energy sources.

This has stirred the debate on the energy transition, which aims to eliminate CO₂ emissions by 2050. Brussels has admitted that both nuclear energy and gas are sources needed to meet the ambitious target.

In April 2021, the European Commission adopted its first decisions on energy classification based on the taxonomy regulation, leaving out nuclear energy and gas. However, it has now decided to consider these two sources and their production and import methods as 'green' until at least 2045, as well as gas-fired power plants until 2030.

According to the Comission, “by providing a stable baseload energy supply, nuclear energy facilitates the deployment of intermittent renewable sources and does not hamper their development”.

Brussels has developed a series of criteria that existing nuclear power plants and those to be built before 2045 must meet to be accepted as 'green'.

Regarding gas, the Commission sets the limit for operating plants at less than 100 grams of carbon dioxide per kilowatt hour in order to achieve the sustainability label.

The European Commission's announcement has been welcomed in France, which produces more than 70% of its electricity from 56 active nuclear power plants.

The country is due to launch a new nuclear plan in 2023, the state electricity company EDF and the government are now negotiating a proposal to build six new reactors with an investment of 50 billion Euros.

Meanwhile, Germany has criticised the decision of Brussels, insisting that the focus should be on “building the necessary infrastructure and boosting hydrogen production”. “Labelling nuclear energy as sustainable is wrong with this high-risk technology”, stressed Vice Chancellor and Economy and Climate Protection Minister Protection Robert Habeck. 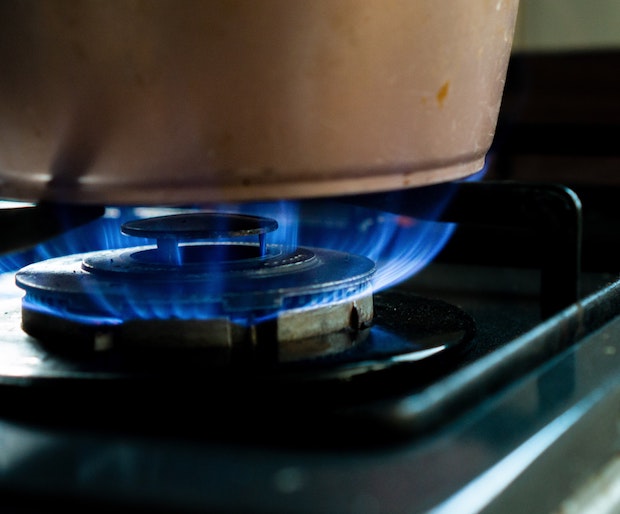 Europe now says nuclear energy and gas can be labelled as green energy sources until at least 2045.  / Kwon Kunho, Unsplash.

In Spain, where nuclear energy generates more than 20% of the electricity consumed each year, the European Commission's proposal has not been well received.

“Regardless of whether investments can continue to be made in one or the other [nuclear or gas], we consider that they are neither green nor sustainable energies”, said the minister for Ecological Transition, Teresa Ribera.

Brussels points to the target of zero CO₂ emissions by 2050 to justify its decision. “Anyone who says we can meet the Green Deal targets for 2050 without nuclear power is not looking at the truth, because the figures are here”, said the EU internal market commissioner, Thierry Breton.

The European Commission, which has asked its members to invest more than 500 billion Euros in new nuclear reactors, assures that 75% of greenhouse gas emissions in the EU are related to energy consumption.

“It's all about information for the capital markets”

The European Commission's decision has also reignited the debate on energy models and sources in society, especially regarding nuclear energy.

“Whether there is a political agenda behind it, I don't know. What is certain is that reducing CO₂ emissions is a very important priority and it is very difficult to do it solely with wind or solar energy”, says Antoine Bret, PhD in Physics and professor at the University of Castilla-La Mancha in Spain, who also teaches a university course on alternative energies.

For Bret, “a continent like Europe cannot afford to dismiss energy sources, especially when it comes to sources like nuclear energy, which emits almost no CO₂, or gas, which emits twice as less than other fossil fuels”.

For Miguel Wickham, professor of geography in Barcelona and Madrid, “the Commission's decision contrasts with its pledges to reduce greenhouse gases". 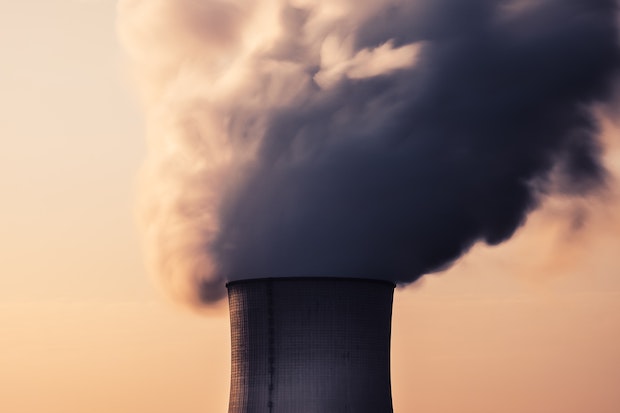 There are 14 countries with active nuclear reactors in the European Union.  /  Thomas Millot, Unsplash.

“The recent rise in energy prices has reduced the backlash against [nuclear energies], and there are even Green parties, such as in Finland, which see nuclear as the least bad option. If we want to continue to maintain the current level of our lives, which depends on large amounts of energy consumption, there are few alternatives at the moment”.

Wickham warns that “what is likely to happen is that emissions will not be reduced as expected, the harmful effects of global warming will accelerate, investment in renewables will not grow as expected, and companies will continue their greenwashing".

Boehning explains that “what is actually at stake here is the so-called taxonomy, which defines which economic activities are classified as climate and environmentally friendly and can thus be given the label 'green' or 'sustainable investments'”.

“The classification will send signals to institutional and private investors that will lead to investment capital flowing not only to fully renewable energy sources, but also to nuclear power and natural gas-fired power generation, according to the new classification”, he adds.

According to the WEASC Co-Director, “the reason for this is that those energy projects that are classified as green under the taxonomy will be much easier and cheaper to finance in the future. The Commission's proposal puts nuclear and natural gas power plants on a par with solar and wind power plants”.

“The accusation of greenwashing of nuclear power and fossil gas is not entirely unjustified. The EU really has to ask itself whether it is not undermining its own climate goals with the new taxonomy and how credible it is to classify nuclear power and natural gas as sustainable”, underlines Boehning.

One of the main concerns about nuclear power has to do with its history of accidents and their magnitude.

“Nuclear energy is clean in terms of CO₂ emissions, but accidents like Three Mile Island, Chernobyl or Fukushima cause  a lot of concern”, says Wickham.

He warns that, “it is seen as a solution because they want to reduce the climate emergency, but there should be a much larger and urgent investment in renewable energy. With a return to nuclear energy, investment is likely to be reduced and the world will remain less safe, more dangerous”.

The effect of waste and its storage is another concern. That is why “nuclear power initially sounds promising in terms of climate-friendly technologies since it offers almost complete CO₂ neutrality”, explains Boehning. 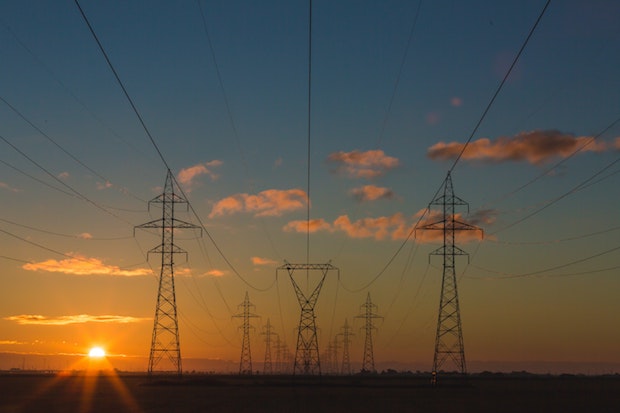 The EU says 75% of greenhouse gas emissions in the EU are related to energy consumption. /  Matthew Henry, Unsplash.

“This message is also loudly promoted by the lobby groups of the nuclear power industry: at the COP26 and in some circles, against the backdrop of the climate crisis and the need to raise ambitions to reduce CO2 emissions, there is already talk of a 'renaissance of nuclear power'”.

Boehning stresses that “ultimately, this is about future viability, securing the future and sustainability. And measured against these criteria, nuclear energy cannot be the way forward, at least as long as there are unmanageable risks regarding final storage”.

But Antoine Bret points out that “safe energy sources do not exist”, and that “the only sources that exist are those whose accidents are not mediated”, in reference to the collapse of the hydraulic dams in Banqiao (China), Vajont (Italy), Morvi (India) and Ribadelago (Spain).

A transformation of the consumption model

Part of the reason for the commitment to nuclear energy is based on the fact that renewable energy sources are underdeveloped and require more space to produce the same amount of energy as a power plant.

Bret explains that “to supply the world's energy consumption with wind energy alone, it would take 20 times the size of Spain to cover a territory with windmills. To do it with solar, it would be the equivalent of twice the size of Spain, with solar panels. And this does not even take into account the losses from storage, which is necessary if these sources were to constitute 100% of the supply”.

“Sometimes people talk about geothermal energy, but that is only effective in volcanic areas. Regarding hydroelectricity, it is important to know that it has a ceiling that is given by the amount of mountains a country has, and the amount of rain that falls on them. Once you have recovered the energy from all the water that has fallen on your mountains during the year, you have reached the ceiling”, adds the professor.

The WEASC Co-Director points out that “if in achieving climate neutrality, we simultaneously endanger the future through other problem complexes, we will have gained little. The 'Do no Harm' principle is of utmost importance when it comes to securing the future. And nuclear waste is not compatible with 'Do no Harm'”.

“The EU should use the full force of its creativity and framework-setting competence to enable the implementation of the Green Deal and the achievement of climate protection goals through joint efforts towards a broad expansion of renewable energies throughout the Union”, underlines Boehning.

Wickham agrees that “we need to improve the efficiency of energy production, improving its use, for example in more efficient initial production, and better thermal insulation of buildings; investing massively in decentralised and local renewable energy; reducing consumption, massively limiting the use of fossil fuels for transport, producing food locally, thinking about how to reduce long commutes”.

“All this implies a rethinking of how we live, and this is difficult, as the world is now built on massive consumption of fossil fuels”, he concludes.