Maria Sibylla Merian, a great scientist with a strong faith

The German-born Protestant scientist was the precursor of modern entomology. This year is the 300th anniversary of her death. 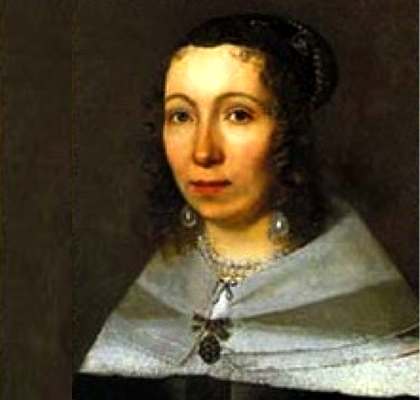 Maria-Sibylla Merian (1647-1717) lived and developed her scientific activity in the seventeenth century, three hundred years ago.

Despite being a perfect stranger to the general public, she was an exceptional scientist. For this reason, the Society of Friends of the National Museum of Natural Science (Madrid, Spain) organised a conference to make her life known.

A WOMAN OF FAITH

She was married to painter Johann Andreas Graff and was the mother of the well-known and also botanical artists Johanna Helena Herolt and Dorothea Maria Graff.

She was raised in a Protestant environment, maintaining her profession of faith unalterably throughout her life.

In addition to being a great scientist, as a woman of faith she set an example by taking care of her widowed mother and her half-brother Caspar, moving with them to Watha Castle in the Netherlands where she followed the doctrines of Labadie, founder of a pietist Protestant branch of the Lutheran church.

In the seventeenth century, nobody paid much attention to insects. At that time, Aristotle's theory that these animals arose from the decay of living matter was still valid: larvae, worms and their thousand forms were but one of the demonic manifestations of the world.

That is why she is considered one of the most important precursors of modern entomology, with her intense studies and drawings on the metamorphosis of insects. 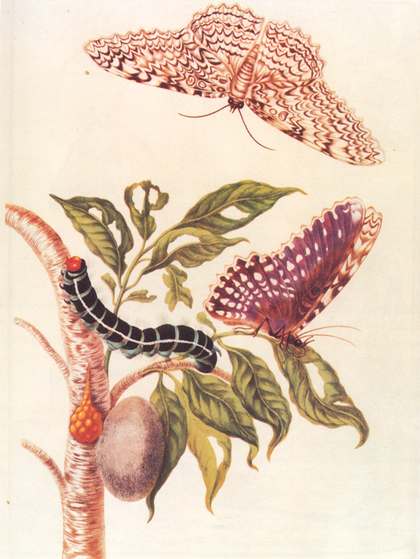 Her father, Matthäus Merian the Elder, was a renowned publisher and engraver. Due to this family background, her scientific research was accompanied by magnificent drawings that today are highly prized.

She traveled to Suriname and there she composed her most important work Metamorphosis Insectorum Surinamensium (Metamorphosis of Surinam Insects).

RECOGNITION AFTER DEATH
Maria Sibylla Merian died in Amsterdam on January 13, 1717, after suffering a stroke. By then she had not received much recognition.

It was in the last years of the twentieth century, when the work of Mary was rediscovered, restored and several times honored:

- Her portrait appeared on the 500 DM mark bill.

- It also appears on a 0.40 marks stamp of 1987 from the series Women in German History (Frauen der deutschen Geschichte), and in a series of definitive stamps issued at the FDA and West Berlin between 1986 and 1990, and since 1990 in the reunified Germany.

- In January 2005,  the town of Warnemünde launched a vessel named after the Research Institute in the Baltic Sea.