“Acting ethically and doing what’s right in God’s sight is very important, making lifestyle choices that are commensurate with biblical values”, Chris Elisara, Director of the Creation Care Taskforce of the WEA, says. 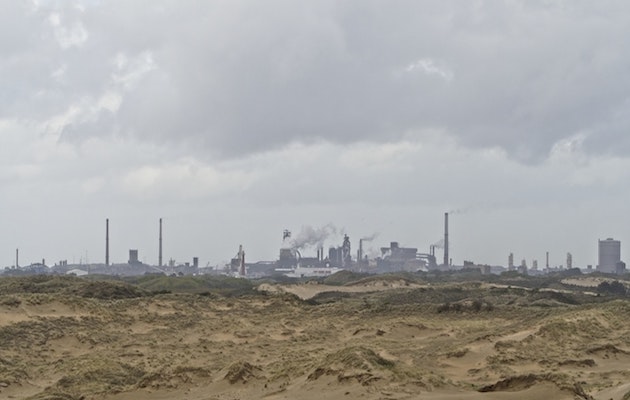 The student movement against climate change, whose most visible face is the 16-year old Swedish activist Greta Thunberg, has grown throughout the planet; and the Greens have obtained seventeen more Euro MPs in the European Parliament elections held in May.

Furthermore, there are several voices and publications that, increasingly try to raise awareness in favor of environmental care.

However, the world economic structures are progressing slowly, and there are not strong policies to fight against the climate crisis, with the exception of limiting the increase in global temperature to 1.5 degrees, as it was agreed in the 2016 Paris Agreement.

Last April, the WEA establised the Sustainability Center of the World Evangelical Alliance (WEASC) in Bonn, which aims “to serve the global evangelical community to become faithful and effective stewards of creation”, its Director, Mathias Boehning, said.

“Our efforts and daily activities are guided by a very simple vision, abbreviated by “4C”: Churches Championing Creation Care”, he added.

According to Chris Elisara, Associate Director of WEASC and Director of the Creation Care Taskforce of the WEA, “change is already baked into the system due to the amount of carbon that is already in the atmosphere, so some level of negative impact is unavoidable”.

“Acting ethically and doing what’s right in God’s sight is very important, as we are encouraging all evangelicals to work on making lifestyle choices that are commensurate with biblical truth and values”, he told Spanish news website Protestante Digital in an interview.

Question. Which are the most urgent changes that societies need to carry out to reduce the climate crisis?

Answer. By identifying the climate crisis as a crisis, which therefore needs our urgent and focused attention as evangelical individuals, families, and communities, Protestante Digital is helping to properly frame the climate situation we are facing. It is a crisis!

Nothing more and nothing less, and it is affecting our lives now and will do so more, and more severely as the carbon levels increase in the atmosphere unless we work very hard at reducing our global carbon emissions.

Change is already baked into the system due to the amount of carbon that is already in the atmosphere, so some level of negative impact is unavoidable—stronger, wetter, and more destructive storms, hotter and longer droughts, exacerbated urban heat island, costal land loss due to rising sea levels, nutritional decreases in crops, etc.

But we don't know exactly how much the planet’s temperature will increase—will it be 1.5C or 2.0, or 2.5? We can’t know for sure because we can’t be certain how the global human community will act.

There are big differences in impact between each degree increase in temperature, thus everything we can do to reduce carbon emissions makes a difference.

The WEASC and Creation Care Task Force agree with the first and foremost recommendation of renowned evangelical climate scientist, Katharine Hayhoe, the place to start as a church to address the climate crisis is to accept it and begin talking about it as families and as a community.

That’s the only way: through serious and focused discussion, we are going to begin to develop the practical responses that are needed to adapt to climate change, and to mitigate what we can, to keep climate change as low as possible.

Beyond this starting point there are so many problem areas to address, but one of the essentials is transitioning as fast as possible from fossil fuel dependent economies (for example for energy and transportation), to clean renewable energy based economies.

But why do we need to do this? That is a very important motivational question for evangelicals. The simple answer is our faith and discipleship in Christ, who calls us to care for God’s gift of creation and to love our neighbors, means that we need to reduce carbon emissions to protect the integrity of God’s gift of creation and the life that it supports that requires a temperate climate. 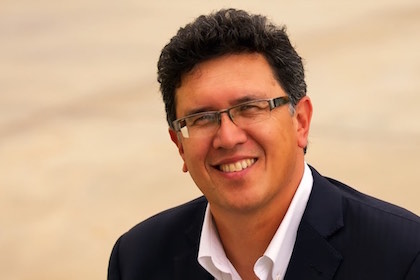 Q. What is the main goal of the WEASC?

A. The overarching objective of the WEASC is to equip churches and congregations around the world to implement creation care on a daily basis, thereby becoming a strong, legitimate, and unified voice in global sustainability.

Our “Why”, as our Director, Matthias Boehning, emphasizes is to serve the global evangelical community to become faithful and effective stewards of creation, while our efforts and daily activities are guided by a very simple vision, abbreviated by “4C”: Churches Championing Creation Care”.

Q. What can the WEASC do to deal with this situation?

A. The WEA has made a commitment we have entitled the 20.’23 Initiative whereby we will work to assist 20% of our evangelical global footprint—churches, schools, hospitals, etc., and households, be powered by clean renewable energy by 2023.

We are working on a pilot solar program in Uganda that we pray will be successful and become a model that can be rapidly scaled up in other countries. We are doing the same in the US.

We have also launched a program called Living the Change, that helps evangelicals choose lifestyles that have an impact on reducing personal climate emissions.

Many lifestyle choices can make a difference, but what motivates us as individuals evangelicals, or as families, is our desire to be faithful to care for creation.

Changing lifestyles will not solve the climate crisis, even at scale—that requires policy and big structural changes, but acting ethically and doing what’s right in God’s sight is very important, as we are encouraging all evangelicals to work on making lifestyle choices that are commensurate with biblical truth and values.

Q. How can societies, specially in the western countries, make a real change in order to care for the environment?

A. Living the Change has identified three high impact areas that can make a difference: energy, diet, and transportation.

Most people are not professional environmentalists saving species, protecting clean air and water, etc., thus the most important place where our lives have an impact on creation is where we live, focusing on how our cities, streets, and neighborhoods are designed.

The more sustainable and livable our cities are, the better they are for the creation. Therefore, the WEA Creation Care Task Force and partners have developed a call to action on cities we entitled The Gospel and the Future of Cities: A Call to Action.

To learn more about how to make cities more sustainable and livable we encourage people to join the Urban Shalom Society, which the WEA Creation Care Task Force helps to lead.

Published in: Evangelical Focus - science - “We need to reduce carbon emissions to protect the integrity of God’s creation”