“A brilliant role model” is exactly what he can be to the 1 in 5 children and young people who live with additional needs or disability in the UK. 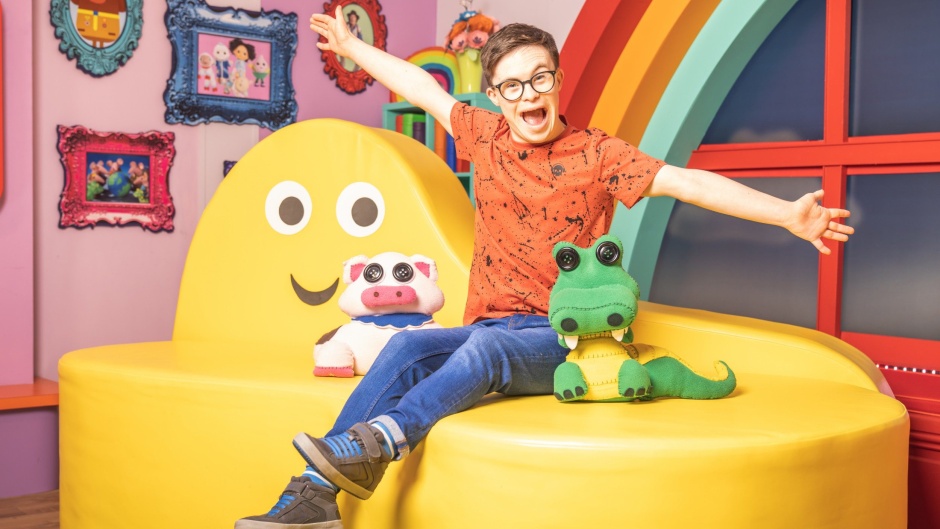 This week, the BBC announced a new presenter for their premier younger children’s media channel, CBeebies.

What made this announcement newsworthy, and why in particular it matters to this blog, is that 20-year-old George Webster has Down’s Syndrome.

George isn’t the first BBC presenter to have a disability or difference; former CBeebies presenter Cerrie Burnell, who was born missing the lower section of her right arm and hand, left the channel after eight years during which she was regularly subjected to hurtful comments by parents who said that her disability scared their children. One man said that he would stop his daughter from watching the BBC children’s channel because Burnell would give his child nightmares. 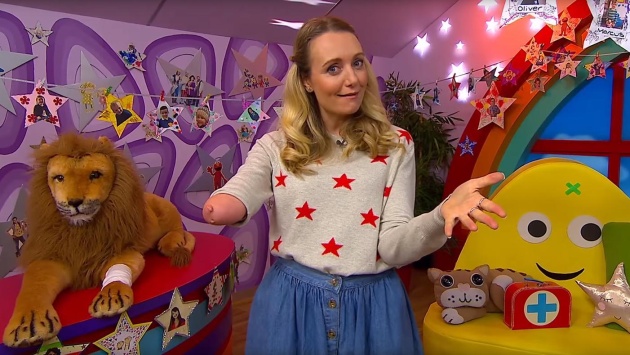 Parents even called the broadcaster to complain after Burnell, with Alex Winters, took over the channel’s popular Do and Discover slot and The Bedtime Hour programme, to complain about her disability. More recently, Lucy Martin, who was also born without her right forearm and hand, became the first visibly disabled BBC weather presenter. Her experience has been more positive, as while she has also had some unpleasant comments, the feedback generally has been overwhelmingly supportive.

So, George Webster starts his fledgling career with the BBC with the likelihood that there will be both affirming and disapproving responses. So far, the announcement of his arrival has been greeted with much excitement and joy, with Twitter alive with congratulatory comments. Actress and Disability champion Sally Phillips, whose son also has Down’s syndrome, said: “Oh @CBeebiesHQ I COULD NOT LOVE YOU MORE.” and Mencap, the disability charity, referred to George as “A brilliant role model.”

Lots of people have referred to George as an ‘inspiration’, and we have to be careful here to apply words like inspirational to disabled people in the right context. That a clearly talented young man is getting his break presenting on the BBC’s premier children’s media channel is great news, but he shouldn’t be viewed as inspirational only because he has Down’s Syndrome. He is talented, a great presenter and communicator; he also has Down’s Syndrome. If non-disabled people view him as ‘inspirational’ in a kind of twee, ‘oh, isn’t that lovely’ kind of way it does nothing to help redress the awful barriers that most disabled people need to break down in order to succeed. George is talented, got his break, and took his chance.

Where George and his story can be inspirational, or perhaps aspirational is a better word, is to disabled children and young people growing up in a world that often treats them as second-class citizens and denies them opportunities to succeed. To see George breaking through those barriers can give them hope for their own future.

That’s why Mencap were spot on when they chose to call George “A brilliant role model.” as this is exactly what he can be to the 1 in 5 children and young people who live with additional needs or disability in the UK.

Disability representation matters; it matters that disabled children and young people can see someone like them on a mainstream TV channel; it matters that when we switch on the BBC News we see Frank Gardner, the BBC journalist and Security Correspondent. Gardner was disabled in 2004 when shot six times by terrorists. He is regularly seen providing specialist security commentary on BBC news programmes. It matters that we see well known TV personalities like Chris Packham talking about being Autistic and struggling with depression, as recently in the excellent BBC film ‘The Walk That Made Me’.

Cbeebies, the children channel of the BBC in the UK. / BBC

The more positive representation there is for disabled people in mainstream media, the less we will see the kind of comments that Cerrie Burnell received. Just as other forms of discrimination and inequality are rightly viewed as unacceptable by the majority of the general public, positive disability representation will make it anathema for progammes like ‘Little Britain’ and others to openly mock disabled people as it did not that long ago.

So when you see George Webster introducing shows on CBeebies, or cracking a joke with the audience, be pleased that he is bringing positive representation to his audience.

Cheer that disabled children and young people watching him might aspire to be TV presenters too. But let’s keep advocating and calling out discrimination wherever we see it so that maybe, one day, George’s appointment won’t be any more newsworthy than that of any other new presenter.

As George himself said after his first session ‘on-air’, “I just felt really positive and excited and happy to get going.” He hopes to inspire (there’s that word again) children watching at home “to enjoy every moment and take every opportunity as it comes”.