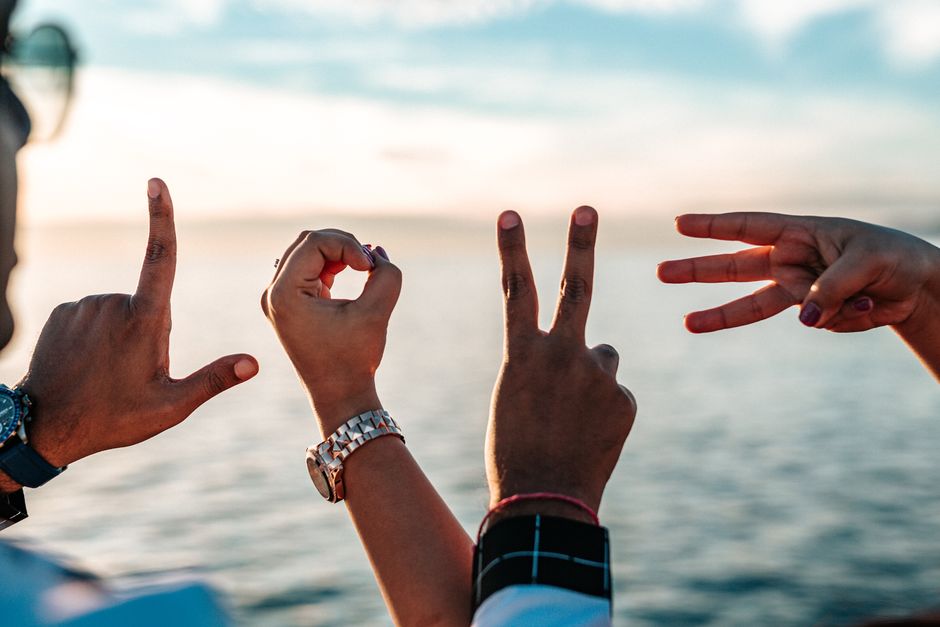 There is a perception ‘out there’ that children who, for all kinds of reasons, are labelled or identified as ‘nonverbal’, are unable to communicate.

That having less speech than other children (or no perceived speech at all) means that they cannot share how they are feeling, what they need, what they want to do, or any of the vast range of things that humans communicate with each other all day, every day.

This perception creates huge levels of anxiety both for the children themselves and their families. Speaking ‘like everyone else’ becomes a mountain to climb, something that must be conquered at all costs.

What it can also do is to overlook and diminish the many other wonderful ways that children communicate, often subtly, but nevertheless being used very clearly to share so much with us.

So why do we put so much energy into trying to force our ‘nonverbal’ children to use that 30-40% of communication and speak, instead of also focussing on learning their communication skills and ways of sharing with us that are perhaps twice as common?

It’s like trying to teach Japanese to a child without understanding or using their own first language at all.

Whether it is the use of eye contact, facial expressions, gestures, positioning and posture, all kinds of body language, mood, or the sounds made, the loudness, pitch, rhythm or tone used, all and more are communicative.

And of course some children may use sign language, symbols, or a device to help them to communicate, for example.

My son, James, has a very limited range of verbal communication, maybe 20 words that he can use (one is “beer”, but that’s another story!), but his communication is fluent.

He makes it abundantly clear how he is feeling, what he wants or needs, what he wants to do etc. We just need to tune in to his communication and understand it.

Just like any ‘language’ it can take time to learn the communication our children use; sometimes we don’t pick up on something straight away and this can cause frustration, but patience and practice helps!

One of James’ few words is “appy!”, which he will often use to communicate how he is feeling, whether he is happy or not.

If James uses “appy!” while his face is frowning and his lips are turned down, if his eyes are downcast, if his tone is abrupt and low, if he is scrunched up on the sofa with his legs pulled up, he is telling us how he is feeling in all of those ways while using “appy!” as a general catch-all for feelings.

So, if your child is labelled or identified as ‘nonverbal’, as well as carefully exploring ways together to see if they can develop some use of speech, make sure you learn their ‘nonverbal’ language too… it’s just as beautiful!

Oh, and as a final thought to anyone who thinks that a child who is labelled or identified as ‘nonverbal’ cannot understand speech from others, that is often very far from the reality.

There have been times when a children’s or youth worker has been telling me about a child or young person who is stood right there, and has been shocked when I have pointed out that they may well have heard and understood everything that has just been said about them, even the unkind bits… “But they can’t speak!” I’m told.

Perhaps they don’t use verbal communication, at least not in the way other children might, maybe though being unable to, maybe through choice, maybe because they prefer or rely on other methods of communication instead, but that doesn’t mean they can’t hear, can’t understand, can’t pick up on all the other signals being communicated.

Language communication and comprehension, in all its forms, is a complex thing!