The father of four young children had been sentenced to five years in prison and fined 100,000 dinars. “That this story goes back three years and only now it’s resurfacing – it’s hard to digest”, says the church that supports his family. 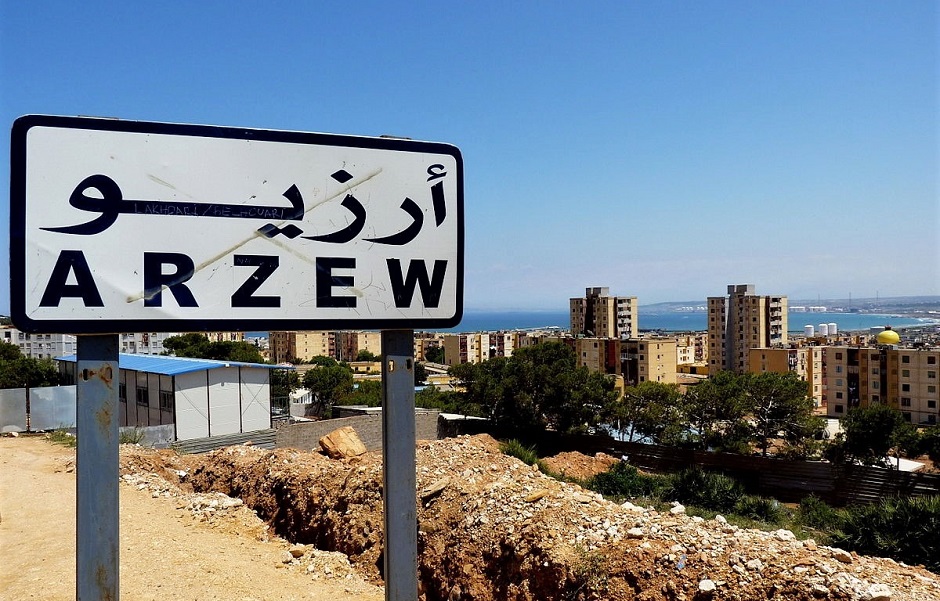 The Christian man was sentenced at court in Arzew, about 250 miles west of Algiers, Algeria. / Photo: Maya-Anais Yataghene, CC

A Christian who had received and reposted a cartoon of the prophet of Islam on his Facebook account three years ago was not too concerned when gendarmerie showed up at his door on Jan. 20.

By the next day, the 43-year-old father of four young children had been sentenced to five years in prison and fined 100,000 dinars (US$750) under an Algerian law against insulting Muhammad, sources said.

Hamid (surname withheld for security reasons), a poultry farmer in El-Aiyaida, 19 miles east of Oran, had not heard from authorities since reposting the cartoon on his Facebook page in 2018, said Rachid Seighir, pastor of Oratoire Church in Oran, some 250 miles west of Algiers on the Mediterranean coast.

“It is a tragedy for us and for his family,” Pastor Seighir said. “When a member of the Body of Christ is sick, the whole body feels the pain. Brother Hamid was naive in accepting this cartoon on his Facebook account. That this story goes back three years and only now it’s resurfacing – it’s hard to digest.”

Hamid’s four children are 6, 4, 3 and 3 months, and his wife is dejected and dismayed, especially since one of the children is seriously ill, the pastor added.

Gendarmerie took Hamid into custody for questioning late in the day on Jan. 20 and released him, but he had barely arrived home when he received a call to return, sources said. Returning alone to find out what they wanted, he was detained and spent the night in a jail cell.

The next morning (Jan. 21), a lawyer, Pastor Seighir and other Christians arrived in time to accompany him at a hearing at a court in Arzew, a coastal city in Oran Province, at about 11 a.m. After questioning him about a caricature of Muhammad recorded on his Facebook account with a screenshot by agents from Algeria’s cybercrime unit in 2018, the prosecutor requested he be punished with five years in prison under Article 144 of the penal code against insulting Muhammad.

Pastor Seighir said he and the attorney encouraged Hamid to have the hearing adjourned as Algerian law allows counsel a week to prepare a defense. Eager to return home and believing he would be able to do so after the hearing, Hamid asked to go before the judge the same day, and he did so at 2 p.m. along with his attorney, even though she had no time to prepare.

The judge sentenced him to five years in prison for insulting Muhammad. His attorney told Morning Star News there is a good chance they can get the sentence reduced on appeal.

In 2017 a judge in Algeria reduced from five years to one year a prison sentence for a Christian convicted of offending Islam with cartoons on his Facebook page. Samir Chamek, a 33-year-old theater actor in Algeria’s northern area of Wilaya de Bouira, had been sentenced to five years and a fine of 100,000 Algerian dinars (US$900). Cartoons of Muhammad published elsewhere had been shared on his Facebook page.

On July 31, 2016, Slimane Bouhafs was also arrested under Article 144, in his case for posting a message on Facebook that characterized Islam as a “lie.” Bouhafs, who converted to Christianity from Islam in 1997 and was baptized in 2006, was sentenced on Aug. 7, 2016 to five years in prison and fined 100,000 Algerian Dinars (US$900). The following month the sentence was reduced on appeal to three years, and the fine was dropped.

Article 144 has been condemned by numerous human rights organizations as a violation of international law. In its report, “Policing Belief,” pro-democracy group Freedom House said the article was commonly used to persecute Christian and allowed “police officials and judges to impose their own religious perspectives on society, and to give at least one version of Islamic practice the force of law.”

Nearly 90 people are imprisoned in Algeria for acts related to protest and/or exercise of individual freedoms. Charges are often based on Facebook posts, according to the National Committee for the Release of Detainees (CNLD).

Algerian activist Yacine Mebarki, sentenced to 10 years in prison for insulting the precepts of Islam and other offenses, on Nov. 25 had his sentenced reduced to one year with support from the Algiers-based Algerian League for the Defense of Human Rights, other advocates and the media.

“Algerian courts do not have the right to judge people’s religious beliefs and opinions,” notes Sarah Leah Whitson, director of Human Rights Watch’s Middle East and North Africa division. “Algeria should urgently revise its penal code to end criminal sanctions for peaceful free expression, including opinions that may insult religion.”

Algeria’s new constitution, approved in a referendum largely ignored by the population on Nov. 1, no longer mentions freedom of conscience as the previous constitution did.

Islam is the state religion in the 99-percent Muslim country. Since 2000, thousands of Algerian Muslims have put their faith in Christ. Algerian officials estimate the number of Christians at 50,000, but others say it could be twice that number.

Algeria ranked 24th on Christian support organization Open Doors’ 2021 World Watch List of the countries where it is most difficult to be a Christian.

Published in: Evangelical Focus - world - Christian in Algeria imprisoned for cartoon on Facebook