African evangelicals perceive the impact of the pandemic differently, but agree on the slow arrival of the vaccine and the “circulation of misinformation”. 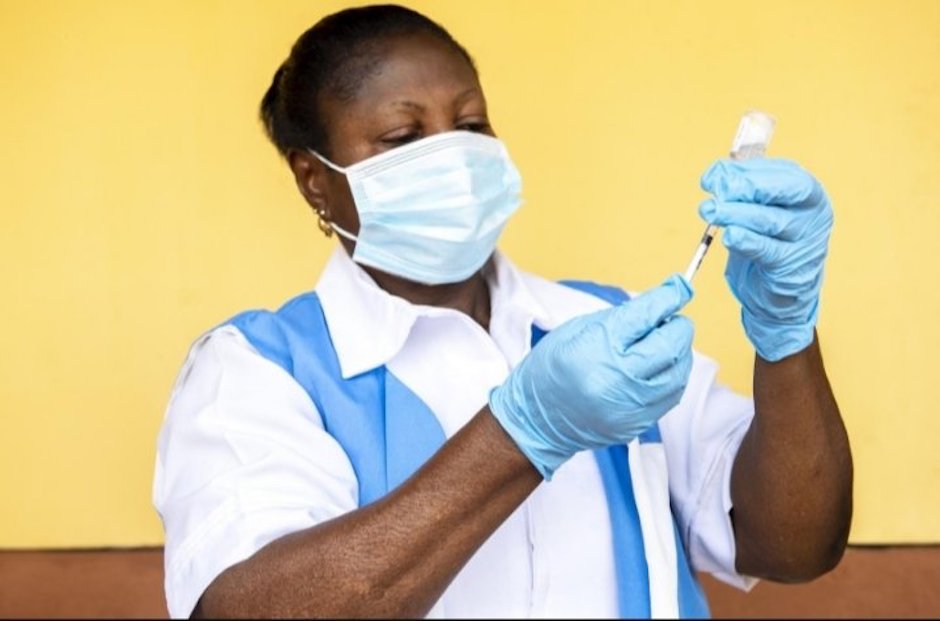 The lack of resources and the general misinformation challenge the arrival of Covid-19 vaccines in Africa. / Twitter @Sam_Assertive.

While vaccination against Covid-19 is ongoing in most countries in North America, Europe and Oceania, despite some controversy over deliveries by big pharma companies and the deadlines, the situation is different in Africa.

Although the impact of the pandemic on the continent so far has been less than in other regions, the new third wave is hitting Africa hard.

The arrival of the South African strain, of which some researches have said is 50% more contagious and more resistant to antibodies, is one of the reasons that led to more than 35,000 infections per day on the continent in January.

“The new wave started in late November and was officially confirmed by the government in early December. It was originally confined to some provinces, such as the Eastern and Western Cape. It has since spread across the country, with increased infections and deaths reported everywhere. Hospitals remain full and overcrowded in some critical areas”, explains the representative of the Evangelical Alliance of South Africa (TEASA), Aaron Mokabane.

On the other side of the continent, in Egypt, with barely a quarter of the number of deaths recorded in South Africa so far, people see the pandemic differently.

“People in Egypt are not taking the pandemic as seriously as in the West. We have some restrictions, schools are closed now and people are supposed to wear masks in all public places. Many do but many don’t, and if you walk around Cairo, for example, you will not have any sense that a pandemic is going on”, Ramez Atallah, general director of the Bible Society of Egypt, says.

“Even though many are sick and there are deaths, the numbers are not comparable to those in the United States or Europe, and life goes on fairly normally”, he adds.

Lack of resources and misinformation

South Africa has had more than 1.4 million infections since the start of the pandemic, and a total of 46,869 deaths.

A week after purchasing one million doses of the Oxford/AstraZeneca vaccine, the South African government has to redo its vaccination plan, because a preliminary study suggests that the English vaccine is only 10% effective against the new local strain.

“The government has announced its vaccination plan. Priority groups include health workers and vulnerable people”, Mokabane points out.

The United Nations expects only 3% of the African population to be vaccinated by March, and 20% by the end of the year thanks to the public-private initiative Covax, which aims to facilitate equal access to the vaccine for the entire world population.

According to Phiona Atuhewbe, head of Introduction of New Vaccines at World Health Organisation Africa, “it is not realistic to suggest that we are going to reach 60% of the immunized population in one year. It would take 9,800 million Euros that we do not have”.

John Nkengasong, director of the Africa Centres for Disease Control and Prevention (CDC), said that this situation has become “a moral issue” and urged the United Nations to “put forward a special session to avoid North-South distrust in respect to the vaccine”.

But in addition to the lack of resources to purchase the vaccines, “there are fears and anxieties about the vaccine amongst citizens, and in some cases even among health workers”, the TEASA stresses.

The organisation held a webinar last December “to start a dialogue about the vaccine. One of the major Pentecostal churches that is a member of TEASA, the Apostolic Faith Mission, has issued a statement addressing the concerns people have and the alleged theology behind some conspiracy theories”, explains Mokabane.

In the statement, they underline that “there is a pandemic caused by a real virus. To focus on and spread conspiracy theories is, in itself, playing into the hands of evil. The greatest danger is the way in which Scripture is interpreted, used and even abused to fit these revelations and theories”.

Mokabane laments that “there are fringe evangelical groups that are still concerned and seem hellbent to resist the vaccine rollout plans”.

This debate is not limited to the South African context, but is a reality in other countries on the continent. Spanish news website Protestante Digital also contacted the Evangelical Alliance of Kenya (EAK), and the only response obtained was that evangelical Christians in the country “are still debating the vaccine issue as a church”.

The restrictions on face-to-face worship meetings in African evangelical churches are as varied as the continent itself.

In Egypt, “the government’s restrictions on religious celebrations have not been mandatory to the churches. Each denomination has made its own decisions within the regulations put down by the Ministry of Health”, Atallah underlines.

Meanwhile, in South Africa, “some mainline Protestant churches started to close when there was a surge in infections because of the new wave. The rest of churches were forced to close after government ban social and religious gathering except funerals”.

Although a few communities organised some face-to-face activities after Christmas, “most churches have resumed with online services since the beginning of the year”, Mokabane concludes.