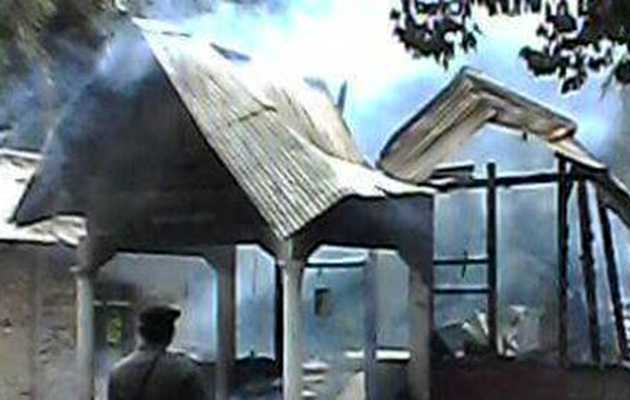 Christians are leaving an Indonesia province in their thousands after Islamist extremists burnt down a church and authorities started demolishing churches.

It's after mobs of hundreds of people arrived in the village of Suka Makmur in the Aceh Singkil province last Tuesday and torched Suka Makmur HKI Church.

The mob acted after it demanded authorities in Aceh Singkil demolish churches it argued were unlicensed. Officials agreed to do this, however the extremists acted on their on behalf anyway by attacking Suka Makmur Church.

Aceh Singkil is the only province in Indonesia where Sharia [Islamic] law is in place, and churches must be registered to function. The criteria for a license is 90 signatures from congregants and written support from 60 locals.

The criteria mean churches can only be created in strongly Christian areas, and it's also been said churches have been denied licenses even when they meet the necessary criteria.

The attack on the Suka Makmur church prompted clashes between the extremists and local Christians, in which one mob member was killed by an air rifle. At least eight people were also injured.

Authorities in Aceh Singkil also began demolishing 10 unlicensed churches on Monday as it previously agreed to do to the mob. 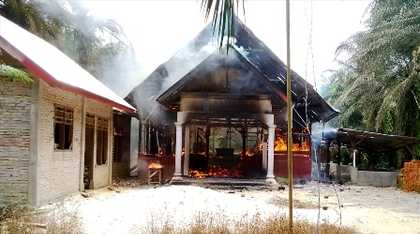 Revd Erde Berutu is a church leader in West Pakpak, one of the provinces next to Aceh Singkil which Christians are fleeing to. He told the anti-persecution charity Open Doors: "Fearing subsequent attacks, around 8,000 people fled to Central Tapanuli and West Pakpak regencies the night after the church burning.

"There is no guarantee of safety from the state. For us, safety goes beyond the physical; it means that we can have our church back and can exercise our freedom to worship."

Nick Page, from Open Doors, told Premier: "Licensing any religious institution is really a way of control. They're often used to shut down religious places that people don't agree with.

"I think in Indonesia a lot of mosques don't have the right permits either, but funnily enough they're never the ones who are closed down.

"One of the churches that is monitoring the situation for us... it was burnt down in August for the third time in 30 years. So there's a history here of localised mob outbreaks.

"The best thing we can call for here is prayer. Pray for the small and rather embattled church in that province and for Indonesia as a country. They've not had a bad reputation really in terms of unity amongst the different religions, but there are signs that things are shifting."

Since the church arson, more than a thousand Indonesian police have been deployed to protect church buildings. The Indonesian President Joko Widodo, a Muslim, publicly condemned the attack on Twitter.

The chief of Aceh Singkil police has also been sacked for failing to prevent the attack, and efforts to repatriate the Christians who've fled the province are continuing.