Pakistan’s Supreme Court has called on the state to ensure that hundreds of people facing imprisonment under controversial blasphemy laws have not been falsely charged. 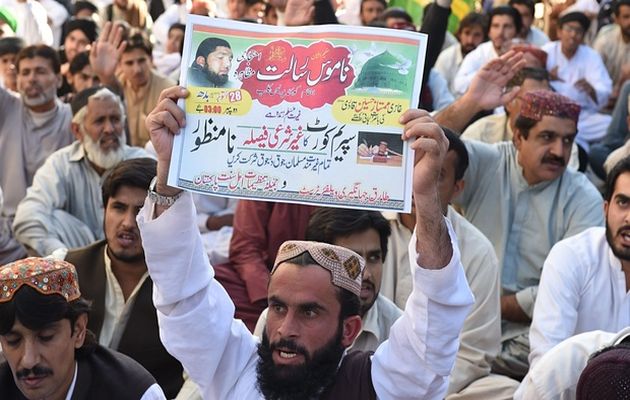 Embattled Christians in Pakistan now have a glimmer of hope after the country's Supreme Court stepped in to ask politicians to review the use of the blasphemy laws.

Pakistan’s supreme court has called on the country’s politicians to ensure that hundreds of people facing imprisonment and even execution under controversial blasphemy laws have not been falsely charged, often by enemies wanting to settle personal scores.

The Supreme Court has urged the government to conduct a major review of people who are in prison charged with blasphemy. It said politicians should ensure that those who are currently in prison facing charges aren't there under false pretences.

The ruling from the court states, "It is, therefore, for the State of the Islamic Republic of Pakistan to ensure that no innocent person is compelled or constrained to face an investigation or a trial on the basis of false or trumped-up allegations regarding commission of such an offence."

The penalties for being convicted of blasphemy can be severe – beginning with fines but at their most extreme the death penalty can be given.

The blasphemy laws have been widely used to attack people of minority faiths – especially Christians. There have been numerous cases of minor disputes which have led to accusations of blasphemy because one of the parties is a Christian.

Blasphemy is “abhorrent and immoral”, the judgment said, “but at the same time a false allegation regarding commission of such an offence is equally detestable besides being culpable.” 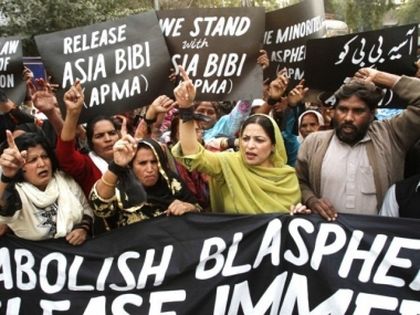 Critics, including European governments, claim the laws are misused, with hundreds languishing in jails under false charges that could see them face fines, life imprisonment or hanging.

The judgment came weeks after it upheld the death sentence for Mumtaz Qadri, a former bodyguard who was feted by Islamists after he gunned down a politician who had been calling for blasphemy law reform.

Moderates hailed the Qadri ruling as a blow against religious extremism, and on Tuesday the supreme court appeared to take another step in that direction.

Qadri shot the liberal governor of Punjab, Salman Taseer, in the capital, Islamabad, in 2011. Taseer had called for reforms to the blasphemy legislation and promised to help Asia Bibi, a Christian woman who had been on death row for five years for blasphemy after an argument with a Muslim woman.

On Wednesday, 500 activists from the Islamist groups Jamiat Ulema e Pakistan (JUP) and Jamaat Ahle Sunnat held a rally in the north-western city of Peshawar to denounce the court’s Qadri verdict.

In a speech inciting vigilantism, cleric Mufti Meraj-ud-Din, of the JUP, said that if Qadri is executed those responsible should also be put to death.

Christians in Pakistan are a small but committed minority with around two million believers, which makes up less than two per cent of the total population.