Two evangelical churches burned and firefighters shot at in Chile

In just 2 weeks, two evangelical churches in rural areas have been destroyed. One of the firemen was injured. 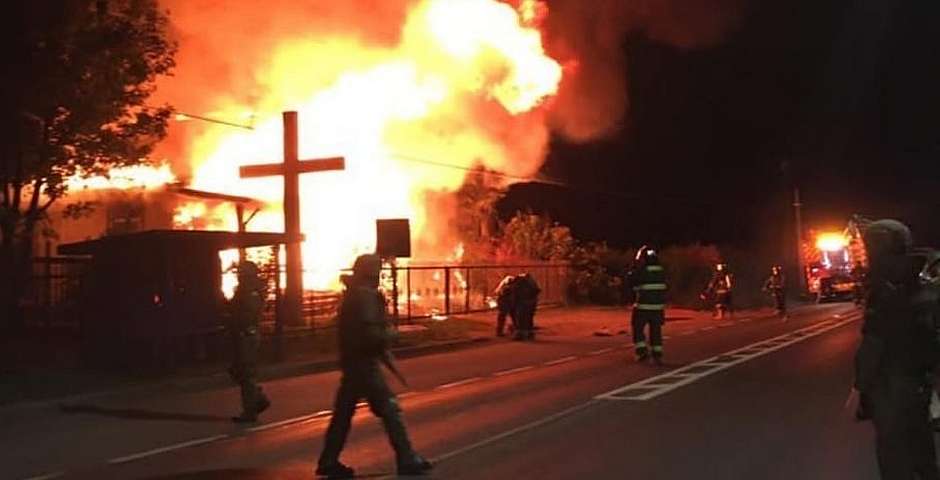 One of the burned churches in the Araucanía region,Chile . / ADN

On the night of 22 April,  an armed group attacked and set fire to an evangelical church on the Las Cardas road, a rural area in the commune of Padre Las Casas, in the Araucanía region of Chile.

The attack occurred 40 metres away from another church, the Pailahueque community, which was also attacked on 11 April in similar circumstances and its educational centre was totally destroyed.

After the attack, the volunteer firefighters went to the scene but were shot at when they arrived at the burning premises. One of the firemen was wounded by the shrads after a shot shattered one of the side windows of a cars.

The volunteer received medical attention at Victoria Hospital, while a large police operation was deployed at the church.

1
Finnish Christian politician Päivi Räsänen formally charged for hate crime against homosexuals
2
The terror of the Khmer Rouge
3
Please pray for India
4
The ‘Imprisoned Spirits’ of 1 Peter 3:19-20
5
Päivi Räsänen: “I am ready to defend freedom of speech and of religion”
AREOPAGO PROTESTANTE uses “COOKIES” in order to guarantee the proper functioning of our website, improve its security, obtain better efficiency and personalisation, collect statistical data and show you relevant advertising. Click “OK” to authorise its use . If you reject the use of “cookies”, AREOPAGO PROTESTANTE cannot guarantee the functionality of the website. Learn more about our COOKIES POLICY at the bottom of the page.