Why are churches burning in Chile?

Two ideologies drive the attacks against Christian communities: the Mapuche worlview, and the Socialist and Anarchist movements. 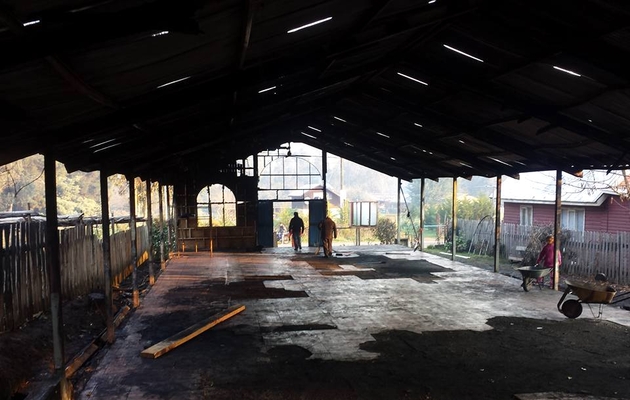 One year ago I was horrified to see Islamic terrorist groups burning churches in Nigeria, Indian Christians beaten to death, or Christian families expelled form their houses in Chiapas, just because they were evangelicals.

In Chile, my country, this year some Mapuche communities started to spread terror to obtain their demands, burning Christian churches, both Catholic and evangelical.

For many years, Chileans have seen in the news the fights between the police and radical indigenous communities, the business properties destroyed by deliberated fires, and mend an women on hunger strikes.

Much of this happened because of the expropriation of millions of hectares of rich land by the state and the private sector. The radical groups believe their poverty and misery is a consequence of the abusive and oppressive powers which have aimed to exterminate, colonise, and expel them from their land in the last 400 years of history.

But in the 21st century,  what has all this to do with the deliberated fires of Christian churches?

Although the groups that have recognised the burning of 17 churches do not say it, there are two ideologies that influence them: the Mapuche worldview, and the Socialist and Anarchist movements.

The first is based on legends and myths which explain the creation of the world by the great gods of nature. Nature is sacred for the Mapuches and it cannot be sold. However, they fall into a contradiction when one sees the amounts of land burnt through their actions. Their religion also includes a number of rituals and ceremonies that lead to superstitious and magical practices.

The evangelistic efforts of Protestants and Pentecostals in the past have now transformed this region (known as 'The 9th region') into the most evangelical area of the country. 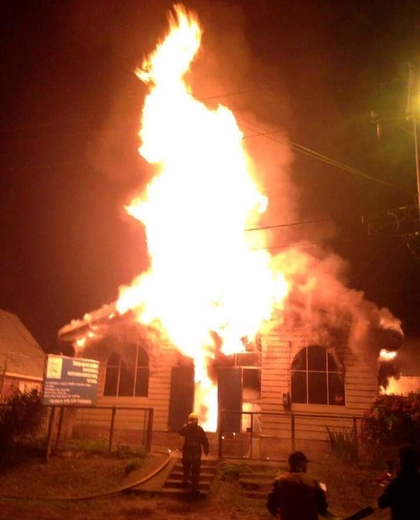 The majority of these Christian converts do not practice the Mapuche traditional ceremonies anymore, and are seen as “traitors” of the traditional faith. They are despised, mocked and punished by their own people. Now, it seems, even through the burning of their Christian temples.

On the other hand, many young Mapuche people have become in touch with the Chilean Left in University. These students have found new arguments in the Socialist and Anarchist ideologies.

For them, like Marx said, 'religion is the opium of the Mapuche people', and by burning worship places they show a new type of resistance. Their aim, they say, is to burst a religious bubble where many people have been shut in. Christianity, they argue, has brought many to leave the defence of their social rights.

However, we Chilean evangelicals of other regions who follow this persecution through the media, are impressed by the courage, strength, and unity of our brothers in the faith, who gather in their destroyed church buildings to pray, to encourage each other and to rebuild their temples as soon as possible.

Many in the 9th region of our country are organising events and multi-denominational meetings on the streets to show others their rejection of church burnings and to stand agsint the threats heared in April: “All churches will burn.” 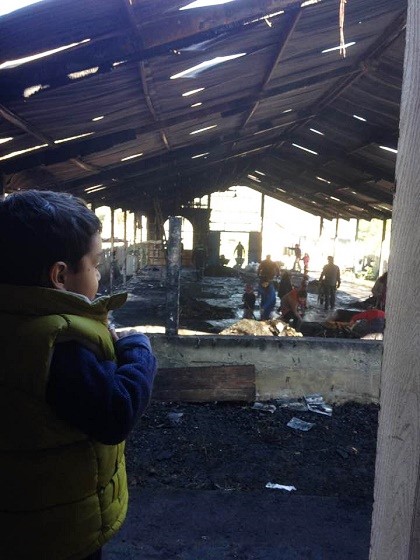 We ask you to pray for the abuses and injustices made by the powerful. Pray for the families who were deceived in the past and lost their lands and properties to cunning businessmen.

We ask you to pray for the indigenous communities that have survived over the years, mantaining their traditions and a courageous defence of their rights.

And finally, we ask you to pray for thousands of believers: Mapuche, mestizos, missionary brothers, leaders and families. They have found the meaning of life in Jesus, and have now seen their faith tried by fire.

Miriam A. Espinoza, journalist in Chile.

Published in: Evangelical Focus - Features - Why are churches burning in Chile?