“We admit anyone who knock on our door”, says the pastor of the church, which has fed 37,000 families since the start of the pandemic. 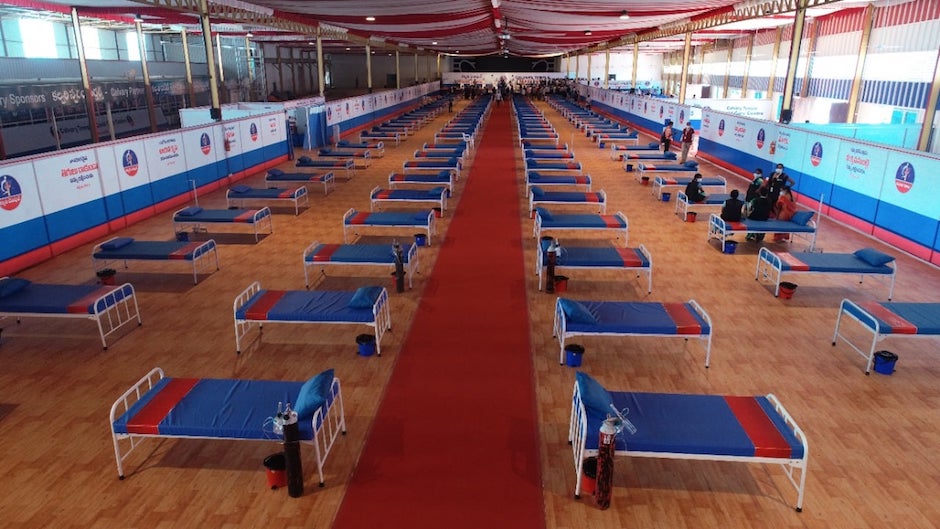 The makeshift hospital has 300 beds, 50 of which are oxygen beds. Treatment, medicines and food is provided free of cost. / Facebook Calvary Temple

With more than 26 million infections since the start of the pandemic and more than 312,000 deaths, India has become one of the three countries most affected by the epidemic worldwide.

The situation has worsened in recent weeks, with the spread of an native variant of the virus and the collapse of the national health system. Many countries have already announced they will send humanitarian aid to the Asian country.

However, local initiatives have also emerged, such as the Calvary Temple Church in Hyderabad (the capital of Telangana state), which has converted part of its premises into an isolation centre for vulnerable Covid-19 patients.

The makeshift hospital has 300 beds, 50 of which are oxygen beds. Treatment, medicines and food is provided free of cost to the Covid patients admitted at the facility, by a team of about 100 staff people.

Satish Kumar, the pastor of the church, which defines itself as evangelical and non-denominational, explained that the initiative has been developed in partnership with Ankura Hospital and Theresa Hospital.

The inauguration of the centre was attended by the former member of the Lok Sabha (India's parliament) and current member of the Nizamabad Legislative Council, Kavitha Kalvakuntla, who congratulate the work of the Calvary Temple church in her twitter profile.

Congratulating Brother Satish of Calvary Temple who in association with Ankura Hospital and Theresa Hospital have opened 300 bed Covid Isolation Centre for needy people in the premises of Calvary Temple.#COVID19 pic.twitter.com/aS5txh34nv

Kumar stressed that they “admit anyone who knock on our door regardless of caste, creed, race and religion. The response has been tremendous. They believe they are in God’s presence, in God’s temple”.

According to the pastor of the Calvary Temple church, “most of the people pray here and then seek God’s help and encourage each other. It has been a wonderful experience to show the love of Christ to the needy”.

Calvary Temple has eight branch churches, with a total membership of around 330,000 people. All of them will be “open to provide treatment to all those needy ones. God is love and God is expecting us to show His love in action”, Kumar told news website Global News Alliance.

“We don’t convert people but we direct people to the One who created them so that they will find a way and find peace and happiness”, he added.

News website Christian Post has reported that, as of May 22, the church had stored 800 tons of food and 37,000 families have received full provision for one month, which amounts to more than three million meals total. 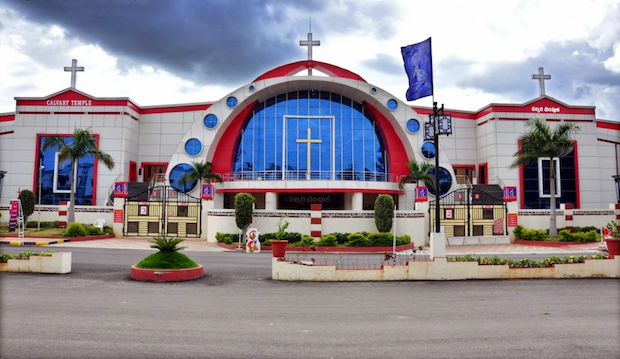 EFI: “Churches are reaching out within their capacity”

The general secretary of the Evangelical Fellowship of India (EFI) Vijayesh Lal, pointed out in an interview with Spanish news website Protestante Digital that, despite being as impacted by the virus as the rest of the population, many churches in India have maintained their social and community commitments.

“The churches are doing exactly what they have done during the first wave. We are mobilizing prayer, bringing relief and restoring hope. The churches are reaching out within our capacity, with what God has given them”, Lal said.

Published in: Evangelical Focus - world - Church in India turns its premises into a centre for vulnerable coronavirus patients