Evangelicals in Cuba: “Our families are suffering”

“Cuba can't take it any more”, says pastor Jatniel Pérez. The wife of one of the detained pastors denounces abuses. Both ask to pray for the release of Yéremi Blanco and Yarián Sierra.

Yéremi Blanco (left) and Yarián Sierra (right), with their families. Both are being held by the Cuban authorities.

Four days after the mass protests in Cuba, many remain in detention. Among them are two evangelical pastors from the Matanzas region, Yéremi Blanco Ramírez and Yarián Sierra.

Despite widespread technical difficulties in accessing the internet or communications, as well as repeated power cuts, Spanish news website Protestante Digital has contacted Jatniel Pérez, director of the Carey Seminary where both pastors are tutors.

Pérez is carrying out an intense campaign to publicise the case of these pastors, so that international pressure can be effective and the two collaborators in God's work can be released.

The threats of repression made by President Miguel Díaz-Canel have come true with the arrests, which could turn into long prison stays for many of the protesters.

Pérez, who is also a pastor at the Centro Bíblico Crecer (Growing Bible Center) in Velasco , fears that this repression will increase in the coming days, in the face of a situation “that has never been experienced in Cuba”.

The pastor insists on the importance of praying for the situation and spreading the word about what is happening. He hopes that media, social and international pressure can work for the good of the situation of the detainees.

Question. What is the current situation of these pastors?

Answer. Usually they keep you in detention for three days, and then they release you. But now they have been told that they will be detained for 14 days, which already violates many Cuban laws. They haven't let them call the family, we found out where they were because of the international media coverage.

They are being held in a wing of the women's prison, they had to bring them supplies for fourteen days. The fear we have is that there will be a punishment for all the people they arrested after the march. There are rumours that they could be sentenced to five or seven years in prison.

But when something like this happens, something this big, there is a punishment. That is why we are trying to put pressure so that this doesn't happen and they can be released.

Q. Do you remember any other time when something similar happened in Cuba?

A. No, never. That is why we fear that they want to make an example and that some pastors might fall. We are denouncing on social media and with all the means we have so that they are released. 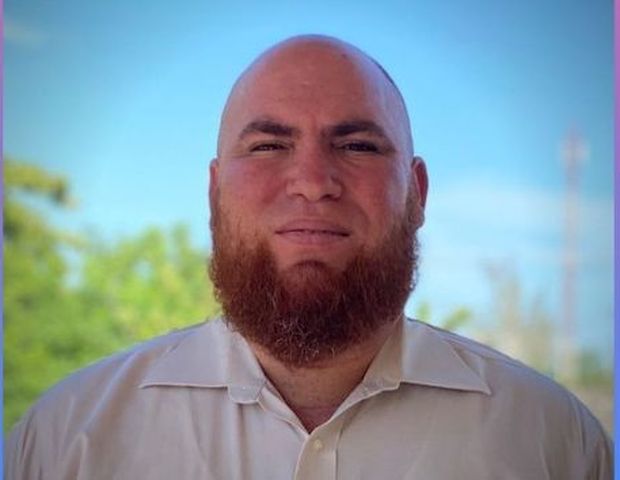 Q. How are the families of Yéremi and Yarián experiencing the situation?

A. It's difficult. Yéremi has three children, two boys and a girl. Yarián has a child with mental problems. Both families depend on them, and in the midst of the pandemic, the getting sustenance, food and medicine has become even more complicated. It is very difficult, even more so with them missing, not knowing what is happening to them.

Q. How can international pressure work in this case? What can Christians outside Cuba do?

A. The first thing is to pray. And then, share as much as you can, the more the case of these detained pastors is commented on social media, even if it's just a simple prayer on Facebook, that will fill the Internet and Cuba will see that there are more people and organisations concerned about this.

Q. What role can evangelicals play at this time?

A. In a way, the denominations in Cuba are playing into the hands of the government, saying: “Gentlemen, don't do anything, let's be calm, let's trust in the Lord, don't go out...”. I understand that we should not take arms or anything like that, that is not the call of the believer, but I understand that Cuba can't take it any more.

They cut off our energy for 6 to 8 hours a day, there is no medicine, no food. We have to pay 60 or 80 dollars for three antibiotic pills. We should call for no war and no fighting, but we do need a change because we can't go on living like this.

However, very few pastors are telling what is happening, because as soon as they do, the government does what it has done with these two brothers in Matanzas.

Q. We know that coronavirus is also hitting hard in Cuba. What is the current situation?

A. Between 6,000 or 7,000 new cases are coming out. Many people are dying. Hospitals are collapsing, there are no medicines. The father of Yéremi died four days ago because he couldn't get any medicine. We know that in Matanzas there are many contagions, so that we are afraid that they could be infected while they are in prison.

Q. What do you think might happen in the coming days? Is there a way out in this situation?

A. I think that there will be repression by the government. I imagine that they are going to monitor the videos of the demonstrations and to arrest and to criminalise those who have participated. There will be a punishment for everyone.

They are going to repress the people, so that this doesn't happen anymore. There are already many leaders imprisoned, whose whereabouts are unknown.

I think the demonstrations may continue, because if the arrests continue, the families are not going to stand by and do nothing. If there is government repression, there will be a reaction from the streets.

“We are desperate, we have no news of them” 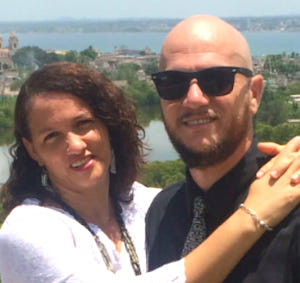 Adelys Rodríguez Reyes, mother of three children, is the wife of Pastor Yéremi Blanco. In a letter posted on social media, Adelys explains the situation they are facing:

“(Yéremi) has been missing since Sunday, our family and that of Yarian Enmanuel Sierra are desperate because we have no news of them. They told us where they were being held but they didn't give them the right to call, nor have they told us how they are.

How long will we have to put up with the abuse, the mistreatment, the injustice! I call on the world please, they are killing people, beating them, killing parents in front of their children. Help us! Our families are suffering”.

The letter ends with a call for prayer: “Christians of Cuba and the world, I call on you to pray and intercede for the disappeared. It is time for the church to come together to cry out to our Lord”.

Published in: Evangelical Focus - world - Evangelicals in Cuba: “Our families are suffering”