The government has fled and extremists have proclaimed a new Islamic State. “With the Taliban in power, the vulnerability of believers increases tenfold”, Christian organisations warn. 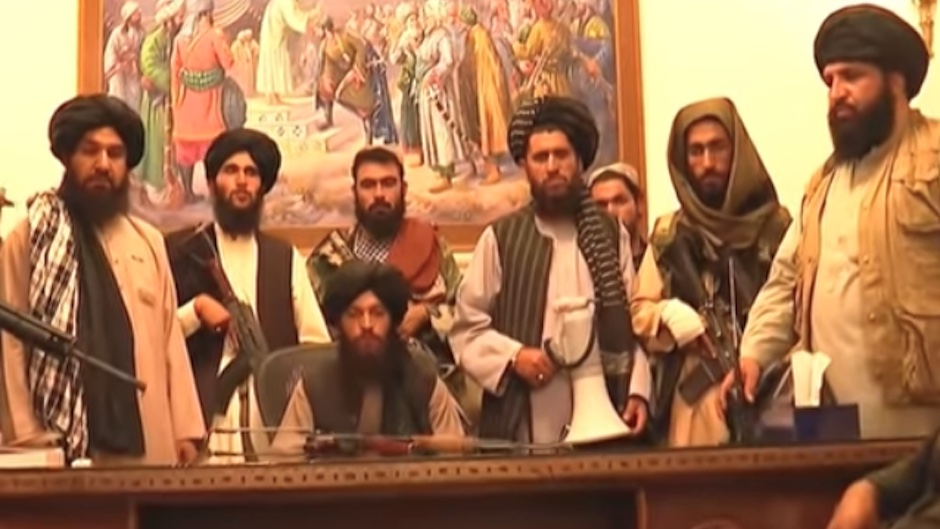 In the midst of the withdrawal of NATO troops, led by the United States, from Afghanistan, Taliban groups have taken control of key military and geographic sites as well as major cities, including Kabul.

Afghan President Ashraf Ghani fled to Uzbekistan on Sunday, announcing that they would show no opposition to the advance of the Taliban in the capital, with whom he signed a transitional agreement, allowing them to take institutional power throughout the country.

The Taliban gained access to the presidential palace, and a spokesman for the group confirmed to Al Jazeera TV that they believe they have “won the war" that began in 2001 with the US military intervention.

Although the Taliban promises a more modern and reformed approach to government and and hope to establish international relations, fears remain as to how they will impose Sharia (Islamic law) in the days to come.

Meanwhile, at Kabul airport, a rush of people looking for a flight wreaked havoc. More than 60 countries have called for safe passage for foreigners and Afghans wishing to flee the country. However, all commercial flights have been cancelled on Monday, according to the local Hamid Karzai Airport Authority.

Mohammad Naeem, spokesman for the Taliban in Qatar, told Al Jazeera TV they had “reached what we were seeking, which is the freedom of our country and the independence of our people. We will not allow anyone to use our lands to target anyone, and we do not want to harm others".

The streets of Kabul dawned in tense calm and the UN Security Council has announced it will address the situation in Afghanistan this Monday.

As reported in recent years by many missionary agencies and human rights organisations, there is hardly any public presence of Christians in Afghanistan.

The 2021 Open Doors World Watch List ranked Afghanistan as the second most dangerous country in which to live the Christian faith, behind only North Korea.

According to its Annual Report, “It is impossible to live openly as a Christian in Afghanistan. Leaving Islam is considered shameful, and Christian converts face dire consequences if their new faith is discovered. Either they have to flee the country or they will be killed”.

“Now that the Taliban is in power, the vulnerability of secret believers increases tenfold. We are monitoring the situation, but this is the time for us to ask God to have mercy not only on His people, but on this country as a whole”, points out Brother Samuel, Open Doors Field Director for Asia (whose name has been changed for security reasons).

Open Doors calls on Christians worldwide to pray for “the small group of believers in the country, the displaced, the women and the sick, and also pray that the country will not be a haven for extremists”.

Girls and women rights at risk

Mikael Tunér, who grew up in Afghanistan and is a producer with SAT-7 TV partner ministry Media Mission the Messengers, underlined that “it is a very dire situation. Our friends, our brothers and sisters in Christ are telling us how afraid they are that their lives will be snuffed out”.

Furthermore, some Christians who worked for the government now face reprisals

SAT-7 TV has launched an intensive prayer campaign for the situation in the country, stressing that “many have come to Christ from all ethnicities across Afghanistan. Please pray over the coming weeks that Jesus, Prince of Peace, will rule in many hearts”.

“It will be worse in terms of the numbers”

According to Todd Nettleton, Chief of Media Relations of Christian organisation The Voice of the Martyrs, “The Taliban has been ‘waiting in the wings’ these last 20 years, ever since they were pushed out of power. Now it seems within a few weeks they will control the entire country”.

He stresses that “we don’t have to wonder what they’re going to do. We’ve seen it. We know about the oppression of girls; they provided a haven for Osama bin Laden; Christians were persecuted under the Taliban”.

“It won’t be worse in the level of persecution, but I think it will be worse in terms of the numbers because there are more Christians in Afghanistan than there were 20 years ago”, concluded Nettleton.

The situation in the country was already very difficult for ethnic and religious minorities, but the Taliban's advance has made the situation even worse, specially for the Shia Hazara ethnic minority, which has been the target of many atrocities by militants.

The Hazara are also the community that has seen the largest number of Afghans turning to Christ.

Pastor Shoaib Ebadi, who hosts one of SAT-7’s weekly Dari-language programs for Afghans, says that Afghanistan’s Shia Hazara minority has already faced a “genocide” by Taliban and Islamic State jihadists.

The 16 May 2021 bombing of Sayed Ul-Shuhada High School in Kabul and the shootings at Dasht-e-barchi maternity clinic on 12 May 2020 were two of the worst attacks on the Hazara community.

Those experience of discrimination and suffering “has caused young Hazaras to question and look beyond the traditional beliefs of Afghanistan. They are drawn to study more when they hear about Christ who gave His life for them in an ultimate expression of selflessness”, pointed out Ebadi.