Being Christian in Uganda, a difficult and dangerous challenge

Although about 85 percent of the people in Uganda are Christian, many have died, kidnapped, or threatened just for confessing their faith in the last months. 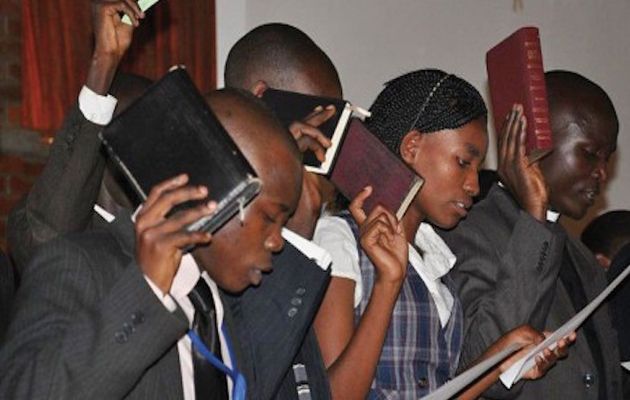 Uganda Christians during a religious debate

A Christian mother and her five children were forced to flee their village in eastern Uganda last week, due to the threats from hard-line Muslims and the rape of her 13-year-old daughter, Morning Star News informed.

THREATENED FOR BEING CHRISTIAN

Napiya and her five children escaped after receiving a text message that the family would be killed for leaving Islam.

“We have warned you several times, and our warnings are falling on deaf ears”, the anonymous text message read. “We are on the way coming for you and your children.”

She had become a Christian in 2014 after the death of her husband, Mohammed Dongo, who had been a driver at the Palissa town Ministry of Works. She and her family remained secret believers until the beginning of this year, when relatives discovered they were following Christ.

On January 15, two motorcycles that had belonged to her late husband were stolen, apparently by Muslim relatives, she recalled. The thieves left an unsigned note threatening her:

“We have taken the motorcycles, and soon we are coming for your life if you continue embarrassing the religion of the family. You have become an embarrassment to the family as well as the Muslim family.”

HER DAUGHTER WAS RAPED

Napiya’s daughter was raped on February 25, while fetching firewood a kilometre from their home. Napiya believes relatives may have hired Taika Suleiman, arrested in connection with the alleged rape, to assault her daughter because of their faith, as her daughter told her that the rapist said, “This is the second warning to your mother for disgracing the faith of the Muslims.”

After Napiya reported the case at Budaka police station , Suleiman was arrested, but a police station officer confirmed that Suleiman has not been charged, and the judge handling the case has been transferred, so a new magistrate has just begun the procedures again.

The family has taken refuge in the home of an undisclosed woman. Napiya’s other children are ages 4, 6, 8 and 10.

PERSECUTED FOR THEIR BELIEFS

About 85 percent of the people in Uganda are Christian and 11 percent Muslim, with some eastern areas having large Muslim populations.

The country’s constitution and other laws provide for religious freedom, including the right to propagate one’s faith and convert from one faith to another.

But recent attacks on Christians in eastern Uganda have shown threats are to be taken seriously. 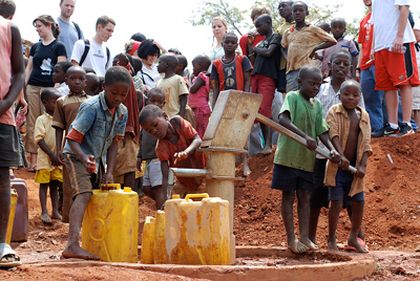 On January, relatives of Abdu Nsera, a recent high school graduate in Katende village near Busede, Jinja District, beat him after finding out he had left Islam to become a Christian. They burned down a house they had built for him and have been searching for him after he fled.

Later that month, the body of Laurence Maiso was found at his house, his head in a pool of blood, just four days after a radical told him and his wife : “Allah is about to send to you the Angel of Death in your house. Please prepare to meet him at any time.”

MANY HAVE DIED FOR THEIR FAITH

On Dec. 23, 2015, a pastor in eastern Uganda was hacked to death as he and other church members resisted an effort by Muslims to take over their land in Nansololo village near Mazuba, in Namutumba District, area church leaders said. Pastor Bongo Martin is survived by a widow and two children.

In another area of eastern Uganda, five underground Christians in a predominantly Muslim village, including a pregnant mother, died from a pesticide put into their food after a Bible study.

The Bible study took place at the home of Hajii Suleiman Sajjabi, a convert from Islam who had begun the study with eight family members who had come to faith in Christ under his influence.

Islamic extremists in eastern Uganda on Dec. 8 set a deadly trap for a Christian policeman who had left Islam, and the next day other hard-line Muslims kidnapped three children from another convert in a nearby village.

More than 20 Muslim extremists killed another officer, after he responded to an urgent call to intervene in a supposed land dispute between warring parties, an area Christian told Morning Star News.

A Christian father of five who supported 10 children whose families had disowned them for leaving Islam was also killed. One of attackers reproached him for failing to heed a warning to cease his Christian activities.

According to Morning Star News´report, many others also died, just because they had confessed they were Christians.

Last December, a group of Muslim men from Palissa kidnapped three children of Madengho Badir, a Christian convert from Islam.

On November, the father of a young Muslim woman in east Uganda tried to beat her to death after she became a Christian, but community leaders intervened and limited him to disowning her, sources said.

On March 28, 2015, five Muslims gang-raped the 17-year-old daughter of a pastor because the church leader ignored their warnings that he stop worship services.

Published in: Evangelical Focus - world - Being Christian in Uganda, a difficult and dangerous challenge