The regime claims Billy Graham told a North Korean newspaper Kim Il Sung was “God” who “rules the human world.” Voice of the Martyrs says the controversy is an example of why religious figures should not travel to the isolated country. 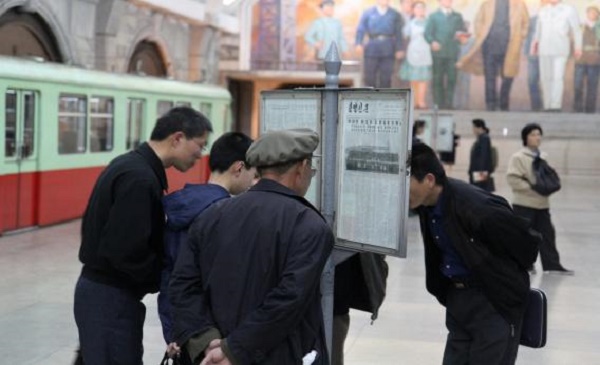 To give credibilty to this assertion, the state newspaper claimed that American evangelist Billy Graham once referred to the dictator as "God" who "rules the human world."

“THE GEATEST AMONG HUMAN BEINGS”

"The pastor said that he met the greatest among all human beings, who carried out the ultimate art of politics with high morality and being the saint of all saints", says a report in Rodong Sinmun, a North Korean official newspaper of the Central Committee of the Workers' Party of Korea.

“Not believing in God but believing in his people, Premier Kim Il Sung who governs the country in his own way made me think that he might be God”, said Billy Graham in 1992, according to the North Korean publication.

“I admit that Premier Kim Il Sung is God who exists in the world of human beings … he, with his supreme political belief and method has created the greatest heaven on earth that even God might have not been able to do”, the newspaper claims Graham added.

"While Billy Graham made two trips to North Korea and knew the elder president Kim Il Sung, Mr. Graham has not said anything like this. These words do not even remotely resemble Mr. Graham's theology or his language", the statement reads.

According to the BGEA, Graham visited North Korea in 1992 to meet Kim Il Sung, becoming the first foreign religious leader to preach in Pyongyang. He visited the country again in 1994, and he said he was welcomed “very cordially” by North Koreans and its leader. 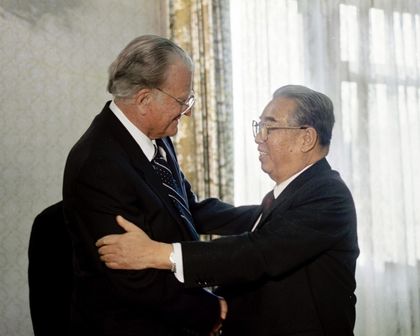 At the time, the 64-year-old evangelist explained that like his father, he hopes to have a good relationship with the people of North Korea because he believes it will have a positive effect on the relationship between the government and the church.

"Millions of people there know nothing about God or what Jesus Christ has done for us on Calvary's cross. The greatest need for this nation is Christ. There is a hopelessness and emptiness that can only be filled by God Himself", the younger Graham pointed out.

"My hope and prayer for the is that the government will free its people to worship God and that they will allow churches to be built and people to witness", he concluded.

VOTM: “RELIGIOUS LEADERS SHOULD NOT TRAVEL TO KOREA”

Eric Foley, a pastor with the human rights group Voice of the Martyrs, told NK News that this claim made by the North Korean media is a prime example of why prominent religious figures should not travel to the isolated country.

"Your reason for visiting will never be heard by North Koreans," Foley said. "Only the words the government wants you to say will be heard."

Christians are persecuted, tortured, brought to prison camps and executed. "Christianity is not only seen as 'opium for the people,' as is normal for all communist states, it is also seen as deeply Western and despicable" says the report.

"Christian faith usually remains a well-protected secret, and most parents refrain from introducing their children to the Christian faith in order to make sure that nothing slips their tongue when they are asked."