The new religious law worsens conditions for believers. Church members are questioned and fined for talking about their faith publicly. 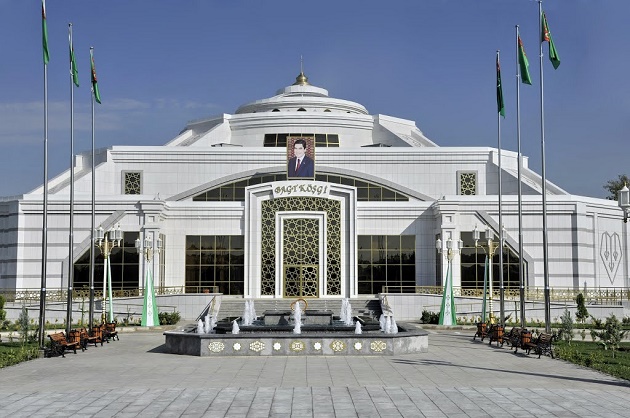 Secret police officers warned the pastor of the Baptist Church in Mary (Turkmenistan) not to hold a children's summer camp in 2016 otherwise “it would be a different conversation”, Protestants told Forum 18 News Service.

One of the officers had led the raid on the same church's children's camp in 2013.

In two separate incidents in February, state officials moved to stop Protestants exercising their right to freedom of religion or belief. Officers of Turkmenistan's Ministry of State Security (MSS) secret police warned Baptist leaders in the town of Mary not to hold a children's summer camp in 2016, otherwise “it would be a different conversation”, Protestants told Forum 18 News Service.

The new Law was announced by President Gurbanguly Berdymukhamedov on 12 January, approved in the Mejlis (Parliament) on 26 March and came into force on 12 April, the day of its publication on the government website.

The text of the new Law does not appear to have been made public in advance and no public discussion of any draft took place.

Pirnazar Hudainazarov, Chair of the Mejlis Legislative Committee, refused absolutely to discuss the new Religion Law. "You shouldn't call me – you need to speak via the Foreign Ministry," he insisted to Forum 18 on 5 April. He then put the phone down without explaining why the Foreign Ministry needed to be involved.

Members of several religious communities complained that “no religion” is allowed during military service.

On 26 February, the pastor of Mary's Baptist Church – an officially recognised branch of the registered Baptist Church in Ashgabad - received a call saying the imam was summoning him to a meeting at the city's central mosque, Protestants told Forum 18. However, when the pastor and his assistant arrived, the mosque office was empty and the two waited for 15 minutes. Then two men arrived, who turned out to be from the MSS secret police.

The Baptists recognised one of the MSS secret police officers as the officer who had led the raid on the Church's summer camp for children in June 2013. Some 15 officers had raided the Church building where the camp was underway, questioning all the children for three hours, as well as their parents. The pastor was fined twice. In 2014, the then Gengesh ordered the Church to cancel its plans for a summer camp.

The MSS secret police officers questioned the pastor for about 90 minutes. They told him they knew all about the children's camps the Church had held in 2013, 2014 and 2015, in Mary, Turkmenabad [Turkmenabat, formerly Charjew] and Turkmenbashi [Türkmenbashy, formerly Krasnovodsk]. The officers said they knew that the Church had received financial support to hold the camps and asked what countries the money had been from and insisted that such funds should be sent via a bank account.

The MSS secret police officers warned the pastor that they knew everything about him and about the summer camps. They warned him that if the Mary Church conducts a summer camp for children in 2016, "it would be a different conversation". Church members interpreted that as a threat.

FINED FOR SPEAKING ABOUT THEIR FAITH

On 20 February, members of the Greater Grace Church congregations in Ashgabad and Mary visited the town of Tejen to talk to local people about their faith. Late in the morning one church member from Mary was talking on the street and offering religious literature to a man who turned out to be an officer of the State Service for Security Protection of Healthy Society (the former Anti-Drugs Police) in civilian clothes. The officer detained the church member and took him to the State Service offices, Protestants told Forum 18.

The church member – and three others soon detained by State Service officers – were held for questioning until 10 pm, Protestants added. Officers seized religious literature, phones and money from them.

At the same time as the four church members were being questioned by State Service officers, police officers detained several members of the Ashgabad congregation and took them to the police station for questioning. They too were freed that evening and told the police would call them when they needed to return.

Several church members were summoned to Tejen Police again on 29 February. They were immediately taken to Tejen District Court where they were fined for having "illegal" religious literature.

Forum 18 believes they were punished under Administrative Code Article 76, Part 3. This punishes distribution of religious materials inciting hatred or promoting "religious extremism, separatism or fundamentalism" with, for individuals, imprisonment of up to 15 days or a fine of 2 to 5 base units (each base unit is 100 Manats). The religious materials can also be confiscated.

Each church member was fined 500 Manats (1,200 Norwegian Kroner, 125 Euros or 140 US Dollars at the inflated official exchange rate).

"The church members weren't immediately given the court decisions in writing," one Protestant told Forum 18. "But they chose to pay the fines immediately to avoid further problems."

This is an excerpt of the full report, written by Forum 18.