According to Pew Foundation, eight out of ten white evangelicals support Trump, and "cannot conceive" to vote Hillary Clinton,who has become the first female presidential candidate. 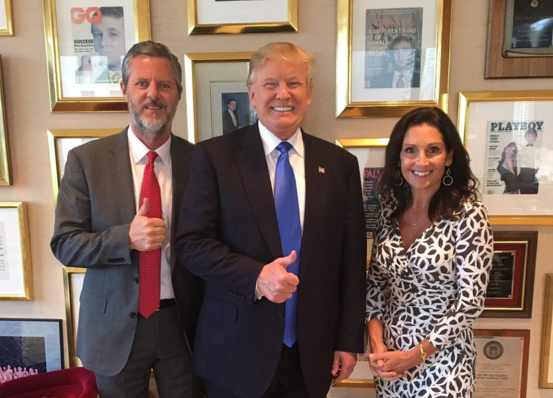 White evangelicals in United States are increasingly supporting the candidacy of the Republican Donald Trump.

If at first there was more sympathy for other candidates in the Republican race for the White House, especially in the person of Ted Cruz, the son of a Cuban Baptist pastor, now surveys say evangelicals are more openly showing their support to Trump.
Thus, in late June, a poll from institute Gallup said that about 66% of white "born again" Protestants liked Trump. Besides, according to Pew Foundation, eight out of ten white evangelicals support Trump, while in 2012, 73% gave his confidence to Mitt Romney.

Daniel Valle, Spanish medical resident in Dallas and theology student of the famous Theological Seminary Texas city, told Protestante Digital that evangelicals in the United States "cannot conceive" to vote democrat, because of their positions defending abortion and gay marriage, decisive elements while defining the vote.

He also said that Trump generates doubts but they have "confidence" that the Republican Party will "lead" the policy of the White House.

VOTE AGAINST HILLARY
The study pointed out that most white evangelicals say they will vote "against Hillary Clinton" rather than for Trump, as the Democratic candidate generates more rejection than the current president, Barack Obama.
Matthew Leighton, a professor of theology in Spanish University IBSTE, and Georgetown native, agrees on that, in an interview with Protestane Digital.

According to Leighton, Trump has been shown as an "arrogant and immoral" person and "incoherent" as a politician ; but many white evangelicals will vote him as the "least bad" option. However, he warns that other republicans will not vote or vote in blank " to force the Republican Party regain its traditional values long term. 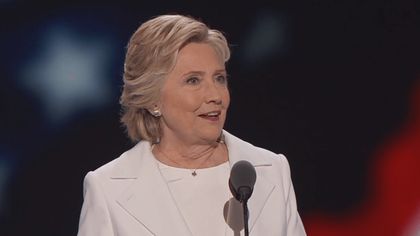 GAINING THE EVANGELICAL VOTE
Mobilising the white evangelical vote is, in fact, one of the main focus of the Republican campaign, becaUse they represent a third of its social base, according to Pew Foundation.

This electoral group catapulted George W. Bush to the presidency of the White House twice, between 2001 and 2009. That is why Trump, in this last phase of the campaing, is trying to have the favor of them, with acts like the dinner with a thousand evangelical leaders in New York.
According to the New York Yimes, James C. Dobson, founder of Focus on the Family, even said that Trump "has accepted Christ," though she says her words commenting that "it is still a baby Christian."
However, many evangelical leaders have also openly criticized Trump throughout the campaign, publicly showing sympathy for his rivals.

Making history as the first female major party nominee for president, Hillary Clinton said Thursday that America faces "a moment of reckoning" over the economy, terrorism, national unity and the candidacy of Donald Trump.

"Powerful forces are threatening to pull us apart", Clinton said in her acceptance speech to a wildly cheering convention crowd, adding that "bonds of trust and respect are fraying" and Americans "have to decide whether we will all work together so we can all rise together."

Clinton also affirmed Trump lacks the temperament for the presidency, adding that "a man you can bait with a tweet is not a man we can trust with nuclear weapons."