Philip Yancey: US evangelicals should learn from Europe’s history of religion and power

“I am staggered that so many evangelical Christians would somehow paint a man who is a bully, who made his money by casinos, who has had several wives and several affairs, as someone that we could stand behind”. 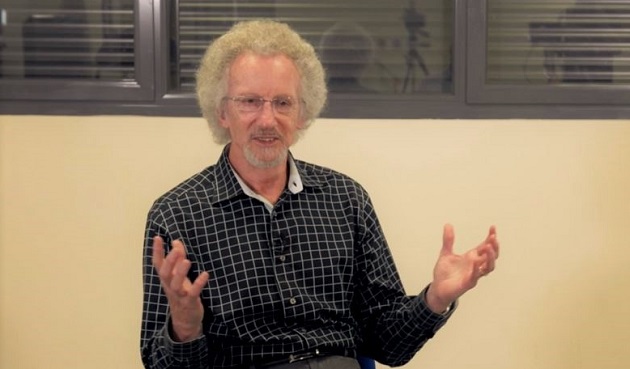 Philip Yancey during his interview with Evangelical Focus. / Jordi Pallejà

Much has been said in the last months about the way evangelical Christians in the United States are approaching the 2016 Presidential election in November.

Several influential pastors have expressed their point of view, while statistics have shown a growing support for the Republican candidate among white evangelicals.

But, what policies should be a priority for Christians? What is the best candidate: Hillary Clinton or Donald Trump?

Evangelical Focus asked well-known author and speaker Philip Yancey about this issues, and this was his answer. See video.

Question. How would you describe the way evangelical Christians in the USA se the 2016 Presidential election?

Answer. I will show my own bias. I am staggered that so many conservative or evangelical Christians would see a man who is a bully, who made his money by casinos, who has had several wives and several affairs… That they would somehow paint him as a hero, as someone that we could stand behind.

I will just say it out loud. I can understand why maybe you choose these policies that you support, but to choose a person who stands against everything that Christianity believes as the hero, the representative, one that we get behind enthusiastically is not something that I understand at all.

And frankly, I think the church in the United States, the more it embeds with politics… Europeans understand where that goes. When the church and the state are seen like this [joins hands], and then the state proves what it is - a flawed and sometimes corrupt system -  then the church is judged by this, and rejected.

There are countries in Europe where the church is set back for decades and decades, because they have been stained by how they sold their soul for power, I would say.

As the United States grows more and more secular, I tell the people there: ‘We are becoming more like the fertile soil in which the early church did best’. Like the Roman Empire, this was a pagan and hostile society in which Christians stood out by being different.

When you are in a place like the United States or Europe in its recent past, where the majority will claim to be Christians, but then they look like everyone else, then the people do not understand what the gospel is. But when Christians look radically different from the world around them, then the people can see the difference.

Read the full interview Evangelical Focus did with Philip Yancey in Madrid (Spain) in September 2016.

Published in: Evangelical Focus - world - Philip Yancey: US evangelicals should learn from Europe’s history of religion and power