The couple’s two daughters, 13 and 7, and their 9-year-old son were able to escape out a backdoor and have found safe shelter in another town. 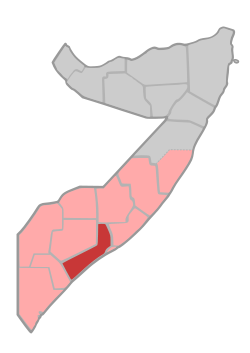 The family was asleep at their home at dawn in Afgoi, about 30 kilometers (19 miles) west of Mogadishu, when at least four armed men attacked them on or around Feb. 10 shouting the jihadist slogan, “Allah Akbar [God is greater],” and, “We cannot allow the defiling of our religion with a foreign, Western religion,” said family head Suleiman Abdiwahab.

The 38-year-old secret Christian, a convert from Islam, is recovering from gunshot wounds to his chest near the right shoulder.

“The gunmen fired several shots, then destroyed the door with a big metallic object and then were able enter into the house,” Abdiwahab told Morning Star News. “They randomly shot at everyone.”

The assailants killed his wife, 35-year-old convert Faduma Osman, and the couple’s 11-year-old son, Ahmed Suleiman. The couple’s two daughters, 13 and 7, and their 9-year-old son were able to escape out a backdoor and have found safe shelter in another town, sources said.

Neighbors found the three shot family members lying in their blood. Discovering Abdiwahab still alive, they took him to a local hospital, and he was later transferred to Mogadishu for specialized treatment, he said. Afgoi is located in Somalia’s Lower Shebelle Region.

Al Shabaab, which has been battling government forces for more than 10 years, has taken control of farming areas surrounding Afgoi, sources said. Since the beginning of the year the rebels have briefly taken over the city three times, with Somali government forces driving them out each time, they said.

Afgoi is thus under control of the Somali government but is vulnerable to Al Shabaab attacks. The insurgent militants, the Somali cell of Al Qaeda, have retreated from major cities but still control some rural parts of southern and central Somalia. The past few years Al Shabaab has lost ground to government and African Union Mission in Somalia (AMISOM) peacekeeping forces.

Abdiwahab, the wounded family head, has been relocated to a shelter in another town, a source told Morning Star News.

“Abdiwahab, due to the blessings of the Lord, has survived and is currently recovering from serious gunshot wounds,” he said.

Somalia is second only to North Korea on Christian support organization Open Doors’ 2017 World Watch List of countries where it is most dangerous to be a Christian.

CONVERSION TO OTHER RELIGIONS

The death penalty for apostasy is part of Islamic law according to mainstream schools of Islamic jurisprudence, and Al Shabaab and Al Qaeda adhere to the teaching.

Somali law and societal tradition create an atmosphere of hostility toward non-Islamic faiths similar to that created in regimes that execute apostates. The country’s Provisional Federal Constitution (PFC) does not explicitly prohibit Muslims from converting to other religions, but leaving Islam remains socially unacceptable in all areas, according to the U.S. State Department’s latest Report on International Religious Freedom (2015).

The PFC provides for the right of individuals to practice their religion but prohibits propagation of any religion other than Islam, and it makes Islam the state religion. All laws must comply with the general principles of sharia (Islamic law), the report states.