At least 29 people have died in the protests during this month. The Latin Evangelical Alliance has called the Christians to pray for Venezuela. 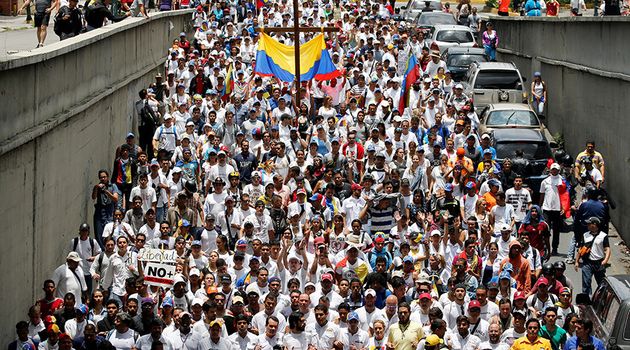 The death toll in Venezuela has risen to at least 29 since the protests against President Nicolas Maduro began last month. Additionally, more than 400 have been injured and nearly 1,300 detained.

THREE DIED IN ONE WEEK

Earlier this week, a 22-year-old anti-Maduro protester died of multiple gunshot wounds in Valencia city, and a 28-year-old government supporter who was shot in the stomach in Tachira state also died.

Clashes intensified on Wednesday, when thousands of protesters marched on Caracas' main highway against Maduro, and were blocked by National Guard troops and police, using tear gas and water cannons.

A 20-year-old college student died during the protests, when he was hit by a gas canister. He was a student in political accounting at Metropolitan University.

The University issued a statement saying the institution mourned the "early and unjust departure of this talented young Venezuelan, who gave his life in exchange for the highest values of democracy." 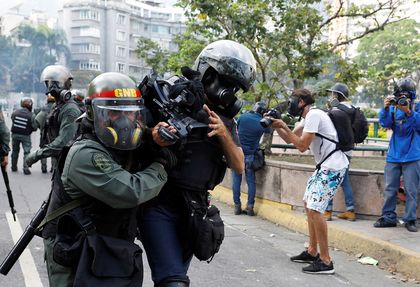 Venezuela's opposition leaders also claimed that the security forces used tear gas against demonstrators outside an elementary school in Caracas, affecting children there.

Police have been very repressive with the media. The Press Workers' Union reported that 11 journalists were wounded during the coverage of the demonstrations.

The wave of protests since early April against socialist President Nicolas Maduro have sparked Venezuela's worst violence since 2014.

The international pressure on Nicolas Maduro has also grown with the agreement of the Organisation of American States (OAS) regional bloc to hold a special meeting of foreign ministers to discuss the state of the crisis in the Latin American country.

That led Venezuelan Foreign Minister, Delcy Rodriguez, to announce on national television that they “will present a letter of resignation from the OAS, and we will begin a procedure that will take 24 months."

She said the move was a response to “intrusive, arbitrary, illicit, misdirected and rude actions against the sovereignty of our country.” 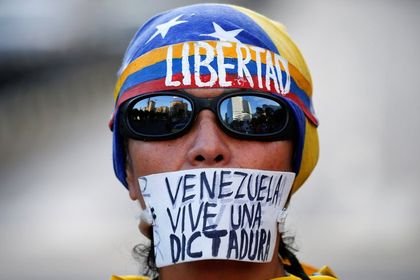 The Latin Evangelical Alliance (AEL in Spanish) has called the Latin American Christians to pray for Venezuela.

The situation of Christians has not been easy during the government of Maduro. Last year, a fourteen year old evangelical boy was shot by a policeman, and four American missionaries were deported.

“Let's pray for the consolation of the families of the victims who have died, for the recovery of the wounded, for a justice that enhances the Bolivarian country, for the recovery of order and peace in the streets, for the building of a country that might find God, the source of all wisdom and strength, to become the nation that God wants them to be", the AEL said in a statement.

Venezuelan Christians are also praying for their country, and they hope Venezuela will overcomes this crisis, because “the Lord's hand has always been on our nation. God has talked about the reason of this crisis, a new Venezuela, fearful of God and powerful, will come out of this”, said an Venezuelan evangelical leader.