Officials and Police halt worship in 10 churches in India

“It is a well-planned conspiracy against the Christian community”, pastor Johnson Sathyanathan, president of the Synod of Pentecostal Churches of Coimbator, says. 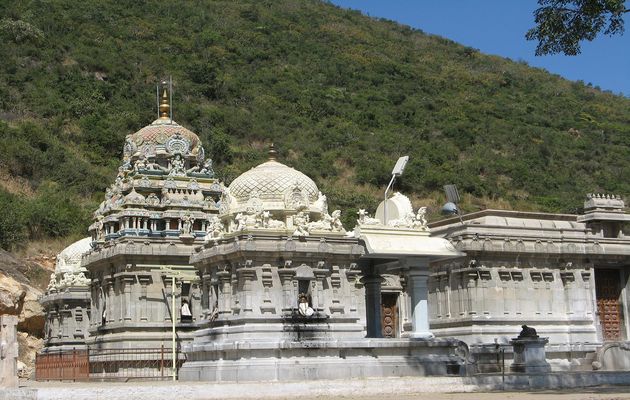 Hindu extremists compelled state officials and police to issue orders to the churches in Coimbatore District to stop worship unless they obtain permission from the collector’s office, and the extremists intend to target 20 others in the same way, church leaders said.

“It is a well-planned conspiracy against the Christian community, as the Hindu extremists know that it is not easy to approach the collector’s office for such permissions,” pastor Johnson Sathyanathan, president of the Synod of Pentecostal Churches of Coimbatore, told Morning Star News. “The time to get such approvals can stretch from a year and a half to many more years.”

The district revenue officer (Tehsildar) told church leaders that orders against six churches were issued on the complaint of members of the Rashtriya Swayamsevak Sangh (RSS), a Hindu nationalist, paramilitary organization widely regarded as the parent organization of the ruling Bharatiya Janata Party.

Orders were issued in one case based on a complaint by the Hanuman Sena, a fairly new Hindu extremist group.

A Christian delegation met the minister of Internal Affairs of Tamil Nadu early last week and expressed concern and fear about the recent notices. The state minister on Oct. 24 called on the deputy superintendent of police and the local Member of the Legislative Assembly of Sulur to look into the matter and take steps to ensure that the worship services can resume, Pastor Sathyanathan said.

10 CHURCHES AFFECTED IN THE LAST 2 MONTHS

“Altogether there are 10 churches that have been directly affected in the last two months,” he said. “They are all residents of the area, and people have never had trouble with these churches before. These pastors have been doing ministry for many years now.”

Besides the six churches, another congregation, an Assemblies of God Church in Thennampalayam, was first targeted during its Vacation Bible School this summer, when the members of RSS attacked its van transporting children, assaulting three young people.

The revenue officer has closed down the church based on a complaint by the RSS, saying the pastor must secure permission from the collector to continue worshipping.

The pastor has been leading the church at its present location for more than five years.

In Myleripalayam, a police inspector called the pastor of an independent fellowship, Solomon Raja, following a complaint by members of the Hanuman Sena, and forced him to sign documents stating that he would “obtain proper permission” to continue worship services.

“This happened with Solomon on Sept. 1, and since then no worship service has taken place in his church,” Pastor Sathyanathan told Morning Star News.

In Mathampalayam, where pastor Vinod Kumar had constructed a small hall for church services, about 25 RSS members on Oct. 15 disrupted a church service and called police.

“The inspector deliberately vacated the church, and Kumar was ordered to stop conducting worship in the future,” Pastor Sathyanathan said.

Though no case has been registered against Kumar, he has been threatened with warnings to halt worship services or bear the consequences, he said.

In Kalampalayam, police accompanied by 20 RSS members approached a church leader identified only as Pastor Charles and ordered him to close down services until he obtained permission from the collector, Pastor Sathyanathan said.

In Sulur, pastor Selva Singh of Sultanpet has filed a case with police against the notice the revenue officer issued to him. A court has granted him one month’s permission to continue the regular church service, but with a condition that there should be no use of amplifiers during the service. The permission will be voided if there are complaints.

The court instructed Pastor Singh to obtain permission from local officials within one month. Pastor Singh has been leading the area church for more than 10 years.

Nearly 500 Christians approached the district sub-collector and the superintendent of police on Oct. 11 and submitted a memorandum demanding protection and appealing for the churches to be re-opened.

Pastor Sathyanathan, who participated in the protest, told Morning Star News that the city superintendent of police flatly refused any support or action.

“They said that they can do nothing about it, and why should we create unnecessary trouble, that instead we should go ahead and get legal permission for our churches,” he said. “We had organized a day of silent protest on Oct. 21, but we were denied permission to carry it out, as they stated that it was a law-and-order situation.”

Clarifying reports that 30 churches had been targeted, Pastor Sathyanathan said Hindu extremists had yet to take action against 20 of them.

“The Hindu extremists have openly threatened Christians that they are going to do the same in 20 more churches of the area that they have done to these 10,” he said.

Since Prime Minister Narendra Modi took power in May 2014, the hostile tone of his National Democratic Alliance government, led by the Hindu nationalist Bharatiya Janata Party (BJP), against non-Hindus has emboldened Hindu extremists in several parts of the country to attack Christians, religious rights advocates say.