Yemen famine could cause millions of victims

After the Saudi-led coalition blockade, Yemen faces “the world's worst humanitarian crisis. Some seven million people are on the brink of famine”, the UN warns. 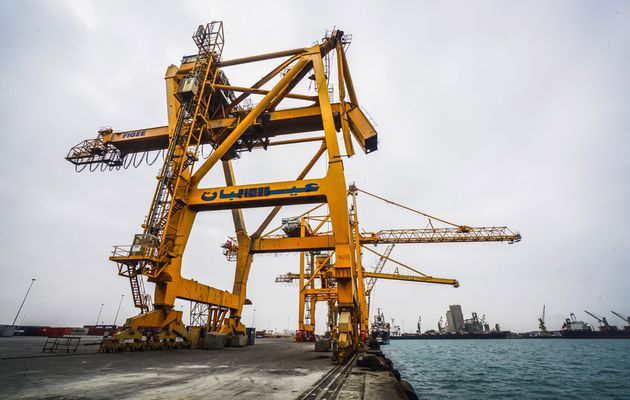 The Al Hudaydah port is a major lifeline for Yemen. / Giles Clarke, OCHA.

Yemen faces the world's largest famine in decades, due to a blockade on basic supplies that is threatening millions of people and should be lifted immediately, the United Nations said on a press conference.

On Monday, the Saudi-led coalition shut air, land and sea routes into Yemen after Houthi rebels fired a missile at Riyadh.

The ballistic warhead was intercepted near the Saudi capital. Saudi Arabia said the blockade was needed to stop Iran sending weapons to the rebels.

Iran denies arming the rebels, who have fought the Saudi-led coalition since 2015.

"I have told the council that unless those measures are lifted, there will be a famine in Yemen", Mark Lowcock, the UN under-secretary general for humanitarian affairs told reporters after briefing the United Nations Security Council on the issue.

He pointed out that "it will be the largest famine the world has seen for many decades with millions of victims".

Additionally, Jens Laerke, spokesperson for the UN Office for the Coordination of Humanitarian Affairs (OCHA) informed reporters at the regular press briefing in Geneva about “what we have already labelled the world's worst humanitarian crisis”.

He said the UN has received reports that in some areas, the blockade is now impacting the daily life of Yemenis, with fuel prices jumping up to 60% overnight and cooking gas jumping up to 100%.

“Humanitarian flights to and from Yemen were put on hold, and the coalition had asked UN personnel to tell all ships arriving at the sea ports of Hudaydah and Saleef to leave”, Laerke added.

“SEVEN MILLION PEOPLE ARE ON THE BRINK OF FAMINE”

He told reporters that “the current situation in Yemen is catastrophic. Some seven million people are on the brink of famine and were only being kept alive thanks to humanitarian operations”.

“That lifeline has to be kept open and it is absolutely essential that the operation of the United Nations Humanitarian Air Service (UNHAS) be allowed to continue unhindered”, he stressed.

Echoing these concerns, the Office of the UN High Commissioner for Human Rights (OHCHR) also expressed alarm at a series of attacks on civilians in recent days that have killed dozens of people, including several children.

According to OHCHR Spokesperson, Rupert Colville, the following day in Taiz, a Houthi shelling left five children dead. They were playing in the street when a rocket from a Houthi-controlled area fell on them.

Mr. Colville added that UN human rights chief Zeid Ra’ad Al Hussein will soon be appointing an expert panel mandated by the Human Rights Council to investigate alleged violations and abuses of international human rights and international law committed by all parties to the conflict.

YEMEN WITHOUT FOOD, FUEL AND MEDICINES

The Red Cross said its shipment of chlorine tablets, vital to combating a cholera epidemic which has affected more than 900,000 people, had been blocked.

The country imports between 80% to 90% of its daily needs, but now neither food, fuel nor medicine can get in.

More than 8,670 people - 60% of them civilians - have been killed and 49,960 injured in air strikes and fighting on the ground since the coalition intervened in Yemen's civil war in March 2015, according to the UN.

Published in: Evangelical Focus - world - Yemen famine could cause millions of victims