Christians denounce the upsurge of religious persecution in Cuba

“The sustained growth of the churches unnerves the government”, Cuban Pastor Mario Félix Lleonart, says. Several evangelical leaders have been interrogated and arrested in the last months. 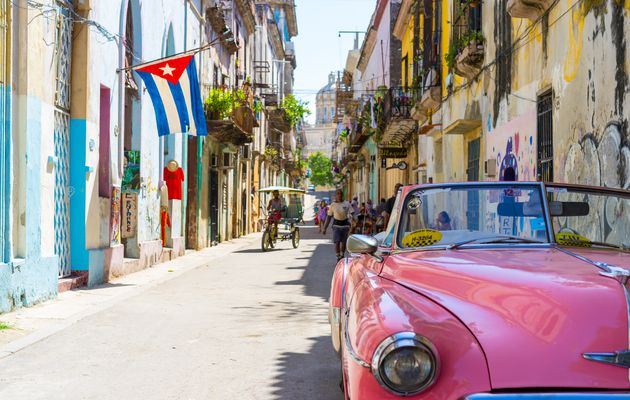 He is one of the regional coordinators for the Patmos Institute, an independent civil society organisation that promotes inter-religious dialogue and freedom of religion and belief for all.

The detention was confirmed to Spanish news website Protestante Digital by Pastor Mario Félix Lleonart, general coordinator of the organisation, who is in exile.

Rodriguez was arrested on his way home to Villa Clara from the town of Caibarién, where he was leading meetings with Human Rights defenders, informs advocacy group Christian Solidarity Worldwide (CSW).

He had already been detained by the National Revolutionary Police Unit of the city of Santa Clara last November, and on several other occasions. 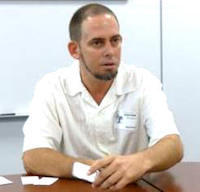 “The arrests of brother Leonardo and other forms of harassment have multiplied over the past year and so far, because the Patmos Institute submitted a report about religious freedom in the island in the last four years to the UN Human Rights Council for the Universal Periodic Review (UPR) of Cuba, which will take place next May in Geneva”, Mario Félix Lleonart told Protestante Digital.

The report “was received and accepted”, and the authorities arrested Leonardo “to express their annoyance with our Patmos Institute, and to warn him that they will not allow him to travel to Geneva”.

“THE GROWTH OF THE CHURCHES UNNERVES THE GOVERNMENT”

According to Lleonart, “the sustained growth of the churches in recent years unnerves a political system that needs a civil society as weak as possible to govern at will”.

As reported by Protestante Digital in mid-February, the main national leaders of the “Power to Transform” evangelistic campaign, which was held in Havana one year ago, were interrogated by the Revolutionary Police, also known as Cuba's political police.

Then, the authorities were interested in the fact that the Cuban evangelical churches had worked together in the organization of the event. For the Cuban government, each denomination must have its activities separately.

Cuba has been governed by the communist party since Fidel Castro took power in 1959. He died in November 2016.

Although the Communist regime have shown some signs of economic and political reforms, repression has continued under Raúl Castro.

According to the organisation Open Doors, Cuban Christians face constant surveillance and infiltration by the government. From January to December 2017, a CSW report recorded 325 separate violations of freedom of religion or belief in the country.

“CSW is deeply concerned by the growing number and severity of religious freedom violations reported by a wide variety of denominations and religious groups, which seem to show that the government is attempting to tighten its control over the activities and membership of religious groups”, says the report.

However, “it appears, that the government is now also diversifying its tactics by threatening activists and religious leaders with trumped up criminal charges, arbitrarily preventing them from traveling out of the country and targeting their children”, CSW adds.

“GOD HAS OTHER PLANS FOR CUBA”

“The Communist Party of Cuba and its Office of Religious Affairs, especially the Central Committee, are the main responsible for the violations of religious freedoms that take place in Cuba”, Lleonart told Protestante Digital.

The pastor believes that “the coming departure of president Raúl Castro is just a very well planned move to confuse the international community and seek some legitimacy that is badly damaged”.

“Persecuting religious liberties has been something innate to them during their six decades in power. But I have no doubt that God has other plans for Cuba. Despite the plans of men, times of refreshment are coming”, he concluded.