Governments should not “police the mind of its citizens”, WEA tells the UN Human Rights Council

The World Evangelical Alliance Advocacy Officer Albert Hengelaar defended the rights of the religious minorities to live their faith without restrictions. 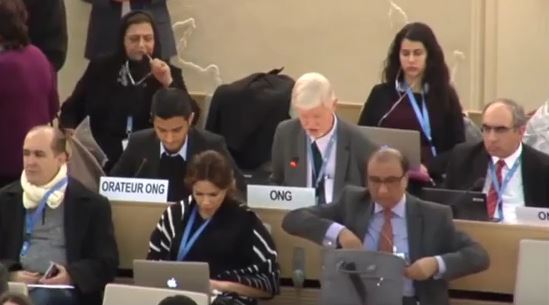 The World Evangelical Alliance (WEA) was one of the groups that addressed the United Nations Human Rights Council in its March sessions.

The WEA Advocacy Officer Albert Hengelaar, said in Geneva that “restricting the rights of minorities shows that governments are unwilling to exercise its mandate in a peaceful way”, he said

In Kazakhstan, a religion law “reduced the number of religious communities from 1300 to less than 500”. Now, “the new draft law reduces religious freedom even much more”, Hengelaar said.

The WEA representative also spoke about Bolivia, where the penal code would have “outlawed shared beliefs in the public square”, if it had not been put on hold after protests.

“What insecurities drives these governments? Why are they policing the minds of minority citizens?”, Hengelaar asked the UN. “Don’t these governments see that curtailing the human potential of citizens obstructs creativity and progress?”

“Freedom of religion or belief is closely related to tolerance and respect for diversity”, he underlined.

Published in: Evangelical Focus - world - Governments should not “police the mind of its citizens”, WEA tells the UN Human Rights Council