Evangelical MPs will meet with the Education Minister, to ask him to withdraw a document about sexual education that “violates the preferential right of parents in the education of their children”. 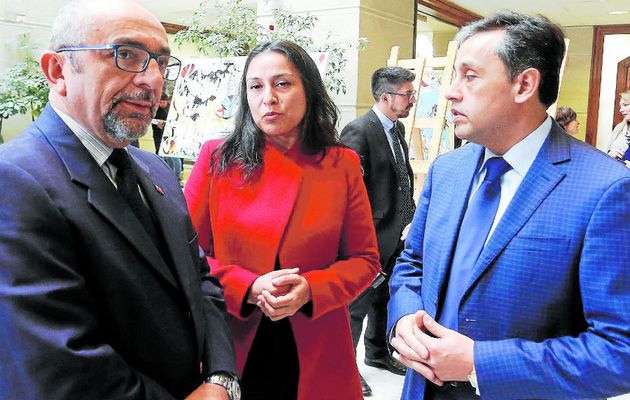 According to the latest statistics, between 16% and 18% of Chile's population is evangelical, that is about 3 million people.

So far, there has occasionally been evangelical representation in the country's politics. Only in recent years a common evangelical project has been created, which has led to the formation of a group of evangelical Deputies (MPs) in the Chilean Parliament.

THE EDUCATION OF CHILDREN

One of the main concerns of the evangelical parliamentarians is the role of parents in the education of their children, and what kind of education these children receive in schools.

The Deputy Francesca Muñoz, along with the evangelical members of the RN (National Renovation) party, Eduardo Durán and Leonidas Romero, will meet for the third time with Education Minister Gerardo Varela, on July 30.

Their goal is to ask the Ministry to withdraw the notice 768 of 2017, which supports transgender children, and is part of the friendly settlement agreement reached by the State in 2016 with the Movement for Homosexual Integration and Liberation (Movilh) before the Inter-American Commission on Human Rights.

“IT VIOLATES THE RIGHTS OF PARENTS”

According to the parliamentarians of RN, that notice motivated the creation and distribution of manuals on sex education, gender diversity and rights of lesbian, gay, bisexual, trans and intersexual students in schools, without consultation with parents and guardians.

“That violates the preferential right of parents in the education of their children”, deputy Romero commented.

Durán believes that “it is very serious that the Ministry validates material made by the Movilh” , because the educational materials “promote homosexuality and gender ideology”.

“The previous government introduced the notice 768, which has been implemented in schools through talks, workshops and texts on gender ideology and homosexuality, without prior notice to parents and guardians”, Muñoz said.

In addition, at the beginning of July, the MP accompanied a group of attorneys of the Marcela Paz de Concepción School in the presentation of a writ of protection for psychological abuse, because the students of fourth grade, according to the text, were “forced to participate in inductive workshops on homosexuality and gender ideology, without prior notice to the guardians”.

That is why, when they meet with Varela, they will bring up “our concern about the cases that have happened in educational centers, where parents have had to resort to justice because they feel their rights are being violated”, Muñoz explained.

She also criticized that “the Ministry validate material made by Movilh”.

The LGBT lobby emphasized that on April 18, “in a a meeting with us, Minister Varela undertook to keep the notice on trans rights and LGBTI manuals”.