The terrorist group has killed a cooperant aid worker and says it will kill three other hostages, including Leah Sharibu.

The parents and one grandmother of Leah Sharibu. / Open Doors

The Red Cross aid worked as a midwife in Nigeria, and was kidnapped with other two medical health workers in March, when the jihadists attacked the north-eastern Rann, a city close to the border with Cameroun.

In a video shared by Nigerian digital magazine The Cable, the terrorists said they had contacted the government to negotiate about the situation of the captives.

“The government has ignored us, here is a message of blood”, a speaker of Boko Haram said. “The other midwife and the nurse will be killed in the same way in a month, as well as Leah Sharibu”, the group said.

The Red Cross has condemned the assassination of Saifura Hussaini Ahmed Khorsa, who the humanitarian organisation said was a devout mother of two children. In a declaration, the head of the delegation in Nigeria said the team was “devastated” and said the midwife had been transferred to Rann to “help the needy there”.

He also called the terrorist group to release the other two workers, Hauwa Mohammed Liman and Alice Loksha Ngaddah.

LEAH, HOSTAGE FOR NOT DENYING JESUS 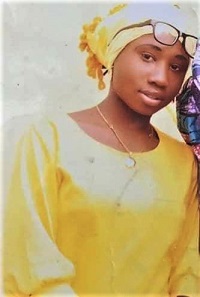 Leah Sharibu (15) was one of the more than 100 girls that were kidnapped in Dapchi, she was the only Christian of the group. When the other girls were released, she was held captive because she renounced to deny her faith in Jesus Christ.

Leah’s father said he is proud of his daughter’s decision. “The trust and faith of my daughter in the face of death in the hands of Boko Haram, saying she will never reject Christ, helped me understand that she had been living as a resolute follower of Christ”, he said.

An earlier recording of Boko Haram confirmed that the young Christian was alive but the new threats brought back fear and pain. Open Doors, an organisation advocating for persecuted Christians, asked Christians to join “in prayer for the protection and freedom of Leah, as well as for the two health workers, Hauwa Mohammed Liman and Alice Loksha Ngaddah. Let’s pray for comfort for the family of Saifura Hussaini Ahmed Khorsa”.

Despite being a country with a very large Christian population, Nigeria is one of the places in the world where most people suffere severe persecution.

In the Central and Northern regions, the insurgents of Boko Haram, which declared loyalty to Daesh (Islamic State), have kidnapped, plundered properties and killed hundreds of Christians.

Furthermore, the herdsmen of the Fulani ethnic groups have increased their attacks in the last months.

Nigeria ranked 14th on the Open Door’s 2018 World Watch List of countries where Christians experience the most persecution.