Big marches in Venezuela to demand freedom and democracy. Federation of Christian churches says the President of Parliament should “conduct the nation in this period of transition”. 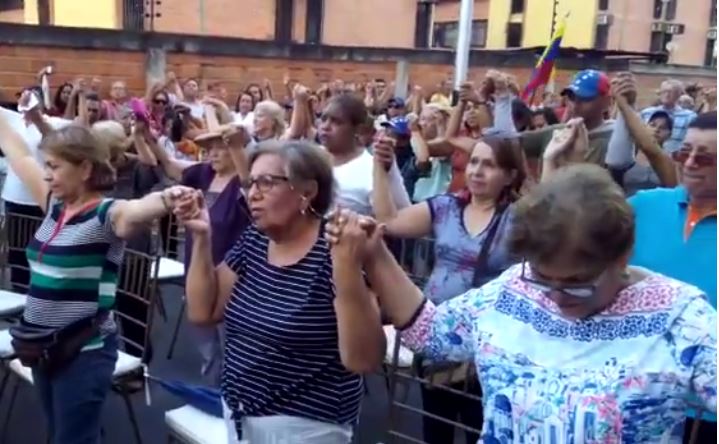 Venezuelans pray together on 22 February in Maracay, Venezuela. / Evangélico Digital

The situation in Venezuela has worsened since 10 January, when Nicolás Maduro started his second mandate as President of the country.

The opposition inside the country and a majority of Latin American countries have said they do not recognise Nicolás Maduro as they consider the elections were a fraud.

Venezuela’s Parliament, the National Assembly, has a majority of the opposition movement. The MPs announced on 22 February that they would assume the competencies of the government. The President of the Parliament, Juan Guaidó, has already been recognised as the interim President of Venezuela by the Organization of American States (OAS).

On Tuesday, hundreds of Venezuelans started to take the streets to protest against Maduro’s regime. A statue of former leader Hugo Chávez was burned down, according to local media.

Wednesday 23 is expected to be the start of general marches against the regime. 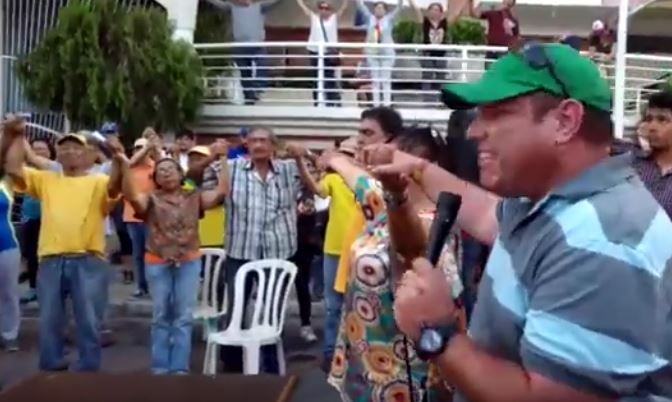 In face of the rising tensions, several Venezuelan Christian organizations have called to pray and promote peace. In a video message shared on social media by pastor Samuel Olson, President of the Evangelical Council of Venezuela, he invited the whole nation to pray “together as a family, asking God that through His Holy Spirit cares, directs and blesses our nation in this critical hour of its history”.

Meanwhile, the Confederation Union of Christian Churches of Venezuela was very emphatic in a public statement recognising President of Parliament and opposition leader Juan Guaidó as the man “called to conduct the nation in this period of transition”. This group also called to “put and end to the usurpation of the Presidency of the Republic”, and asked for “an urgent government of transition and free elections in the context of a big national agreement”.

Guaidó convened a series of open town council assemblies in a number of cities. Prayers for democracy and a better future were heard in some of these public gatherings – as it can be seen in the following recording from the city of Maracay: