“My father used to say: you can change religion, but you’re not allowed to become a Christian”

Ab Shaik is a former Muslim from India. His mission, he explains, is to bring the power of the gospel to others who belong to his own people. 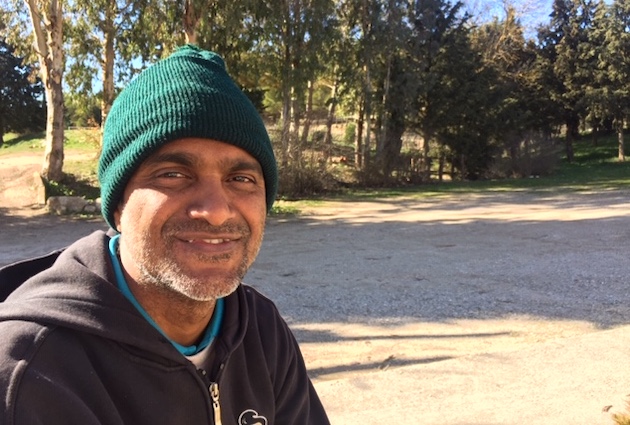 Ab Shaik was born in the south of India 46 years ago, in a Muslim family. Nevertheless, he went to a Baptist school because his family thought he could get a good education there.

“Remember, you only go there to study, do not listen to what they teach about religion because they will try to convert you to the Christian faith”, his father used to warn him.

Ab obeyed and whenever a Bible story was explained at the beginning of the school day, he simply would not pay attention to what was being said. Several times he received a Bible of the Gideons that sometimes visited the school. He would usually throw it away, but one day he decided to keep a New Testament, hid it at home – and there it stayed, forgotten, until some years later.

When he was 17 years old, Ab ended his studies in the Baptist school and started a degree in general mechanics in a state institute.

We were able to talk to Shaik because he is in Spain, visiting several churches these days. His wife and daughters stay in India. This conversation happened at a leadership and discipleship conference in the ‘Manantiales de Vida’ (Fountains of Life) house in Antequera (near Málaga). There, he shared with us how “God healed our youngest daughter from cancer”.

He also spoke about his difficult relationship with his father, the frequent fights between them and the discouragement who led him to attempt suicide in 1992. “It was after an argument. I left home and went to the countryside to get a poisonous substance that is used in agriculture. After I ingested it, I heard a voice that said: ‘Why do you want to kill yourself?’”. I went back to my father and he urgently brought me to a hospital”.

After this episode, Ab started to seek God. He had some friends who had been fellow colleagues of the school who spoke to him about Jesus. But he had a problem: “For us, Jesus was for the lower castes”.

Meanwhile, another friend was telling him about Jesus at the institute. “He always looked for opportunities to preach to me. He knew I liked to read, so he gave me books for my 40-kilometer trip between home and the institute. One of these books caught my attention because it was written by a Hindu of a higher caste. There I could read how God created human beings, how humans left the walk with God, and how God came to us. It also explained how to receive the Lord”. 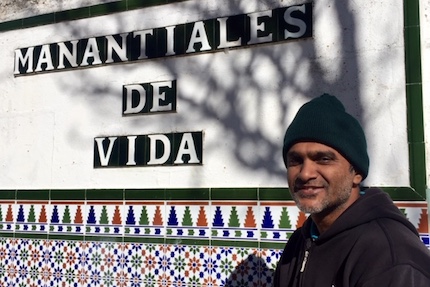 It was June 9, 1992, and Ab prayed to God, and felt as a weight got suddenly removed from his shoulders. He was filled with joy and peace.

After this experience, he remembered the copy of the New Testament that he had hidden years before. “I found it and read it in three days. Then, I looked for my friend and told him I wanted to get baptised, but he didn’t take me seriously. When I told him that I had accepted the Lord, he brought me to speak to a pastor of a new church of about 15 or 20 people. I went there every day for three months and on August, 30, the pastor baptised me”.

Two months later, Shaik received the call of God to work among Muslims in his own country. It was in a camp for new believers organised by an evangelical student union. “The preacher spoke about Moses and Paul, about how they had much love for their people. I fell on the floor crying and said to God: Lord, I want to work among my people”.

The relationship with his father was still tense. As his parents discovered about his conversion to the Christian faith, his father told him he could pray and read the Bible, but only inside the house. Ab responded by saying that he wanted to go to church. “For two years it was a struggle”, he explains. Finally, when he finished his studies in mechanics, he went to the North of the country, to a Youth For Christ discipleship school.

He thought he could become a bi-occupational worker and started a company offering quality controls for oil tanks. For four years he travelled across several states, from one side of the country to the other. Then, in May 2001, his parents found a Muslim girl to marry him.

Faced with this difficult situation, there were many brothers in the faith who encouraged him, and God spoke to Ab through words of the Gospel of Matthew: Follow me. “I asked the Lord: Where do you want me to go? And God responded: First, to your land, to your people. Obviously, I did not marry that Muslim girl, and I decided to dedicate myself completely to the evangelisation of Muslims”.

Ab prayed to the Lord asking to find people with whom form a team, and met other former Muslims which gathered in a new church. “I went there as a servant, to do whatever would be needed, cleaning the temple, the toilets, whatever was needed. Throughout the week I would go on prayer walks with YWAM and Sundays I went to church. After two and a half years, we organised a YWAM course on how to work with Muslims and we produced a video in Urdu language”. 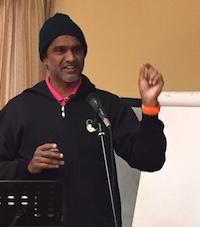 Although the pastor and his sister were former Muslims, they were thinking of working with Muslims. Ab prayed for them and in 2003 God spoke to them. “We started a school of training with the sister of the pastor. He was one of the students and apologised for not having understood my calling earlier”.

In October 2014 there was already a group of six Muslims who had converted to Christ. The harvest multiplied and soon six house churches were opened and leaders were trained.

Ab also worked in another state where now there is a group of former Muslims. He travelled to the West several times, and a new group was also established there .

Under the blue sky of Antequera, breathing the cold air of February, Ab enthusiastically speaks on how the gospel grows among the Muslims in India (the second country with the largest population of Muslims, after Indonesia). “I always encourage new believers to share their faith with family and I teach them no to say ‘I am a Christian’ but ‘I am a follower of Jesus’. I explain to them: You were born a Muslim, this is your DNA, and it doesn’t change, you were born like this. But your faith can change”.

That is how Ab knows that the new believer can be reconciliated with his family, and will not follow his own personal bad experience. “I said to my father: ‘I am a Christian’, and that was a mistake. It also was a mistake to leave my home, leave my family. The impact is bigger when a former Muslim prays and reads the Bible with his family”, he says. 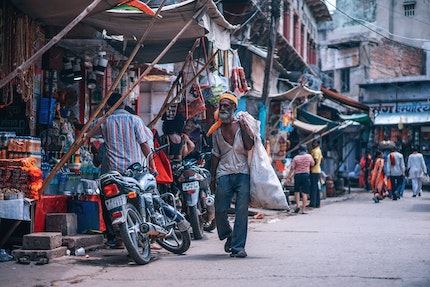 There are 250 million Muslims in India – one in three in the world. Ab has been working among them for 24 years now. At least ten days per month he is on the streets, preaching alongside other former Muslim who converted. Sometimes he feels exhausted by the financial pressure. “I need money to travel and preach, to visit groups of converts in different parts of the country. I pray for provision, stability and sustainability. Sometimes we think: This is how far we got... But the calling is real and until our last day on the earth we will continue to preach to the Muslims in India”.

It is very difficult for a foreigner to do the work that Ab and other former Muslims do. The government controls and expels foreign Christian workers. That is why it is important to support native workers of a land where a Christian community was established about 2,000 years ago, probably by the Apostle Thomas.

Published in: Evangelical Focus - world - “My father used to say: you can change religion, but you’re not allowed to become a Christian”