Rwanda commemorates the 25th anniversary of the end of a genocide that killed more than 800,000. “The church has played a pivotal role in healing and reconciliation”. 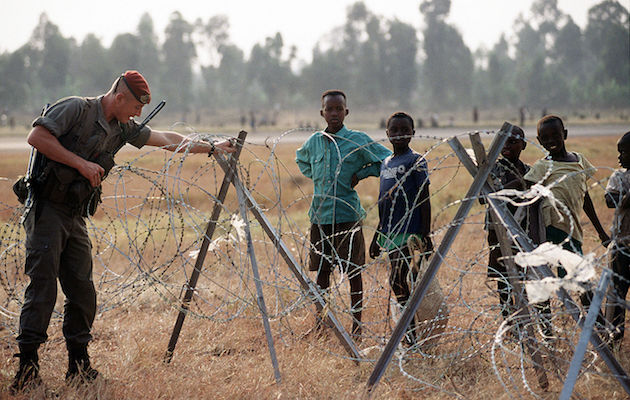 An international soldier adjusting a wire fence in front of a group of refugee Tutsi children in 1994. / Wikimedia Commons

“Rwanda is a family. That is why we still exist, despite all we have gone through”, country's president, Paul Kagame, said at the Kigali Genocide Memorial.

It was the commemoration of the 25th anniversary of the end of a genocide that killed more than 800,000 in 1994, most of them tutsi.

A conflict ignored by the international community, as different experts have pointed out, as well as the reconciliation process that followed it.

Kagame, accompanied by other African authorities, the President of the European Commission, Jean Claude Juncker, and Charles Michel, Prime Minister of Belgium, former colonial ruler for more than forty years, lit a flame in memory of the victims.

“Not only bodies were destroyed, but the very idea of Rwanda itself. Twenty-five years later, here we are. All of us. Wounded and heartbroken, yes. But unvanquished” ,Kagame pointed out.

The process of reconciliation and national restoration continues, now with the burial of thousands of people who were murdered in 1994 who still remain in mass graves or their whereabouts are unknown.

According to the Ibuka Rwanda genocide victims association, on May 4, 80,931 corpses will be added to the 250,000 that are already buried in the Kigali Genocide Memorial.

“The Rwandans are in the process of healing internal wounds, asking for forgiveness, admitting what has been done during the genocide and dealing with losses of different types, but the concern for new confrontations is no longer present", Alex Shyaka, a member of IFES Rwanda, (GBUR in French), told Spanish news website Protestante Digital.

“CHURCHES HAVE PLAYED A PIVOTAL ROLE”

Being a predominantly Christian country (close to 90% of the population, according to Joshua Project), the churches have also participated in the recovery of coexistence in the country.

“The church has played a pivotal role in healing and reconciliation between Tutsi and Hutu through healing workshops offered by churches or Christian organizations”, Shyaka said.

Even “in GBUR, healing and reconciliation are key points of our discipleship among the university students”, he added.

That is valuable work in a society where, according to the organization Survivors Fund, 35% of survivors suffer psychological problems, mainly depression. 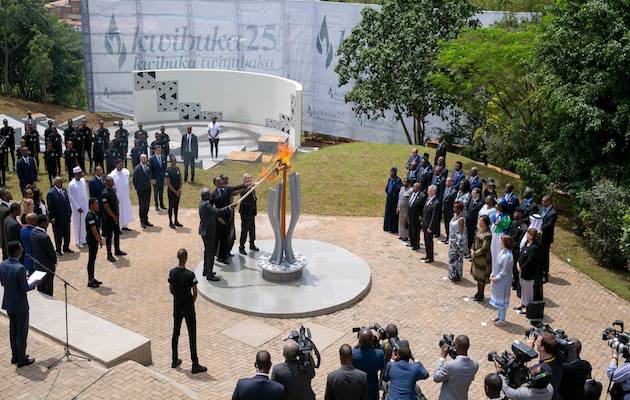 “Churches have also been supporting the governmental initiatives of providing the basic needs of the families of genocide survivors”, Shyaka explained.

With an annual homicide rate of less than three cases per 100,000 inhabitants, according to the World Bank, Rwanda has become an unnoticed example for the international community, of how to manage historical memory.

Shyaka does not “see room for another conflict like the one which happened during the genocide against the Tutsi”.

“Our children enjoy the innocence of peace. They know trauma and violence only from our stories”, Kagame said during his talk.

Despite his controversial role during the conflict, since he was one of the leaders of the Rwandan Patriotic Front (Tutsi), which was accused of murdering the Hutu president Juvenal Habyarimana, Kagame has held the presidency since 2003 and enjoys popularity among the population.

“The President has prioritized reconciliation among Rwandans, preventing any kind of revenge”, Shyaka pointed out.

Furthermore “he made Rwandans value being Rwandans and their Rwandan identity (known there as Ndumunyarwanda), instead of considering themselves as Hutu, Twa or Tutsi”.

One of the most promising economic realities of the African continent is that Rwanda records an annual growth of its economy equivalent to more than 6% of the national GDP.

“Rwandans live in one place, find a job in the same company, and become employees or employers to each other, regardless the genocide history”, the leader of the students explained.

According to Shyaka, “Rwandans focus on social economic development for themselves and the nation in general”.

“Rwandans have seen the effects of any kind of division, and have seen in little period of time how capable they are of developing their country”, he concluded.