Evangelicals in Chiapas held after refusing to contribute to Catholic festival

Native evangelical Christians in Mexico continue to suffer the persecution of Catholic traditionalists. Energy and water cuts are used to intimidate faith minorities. 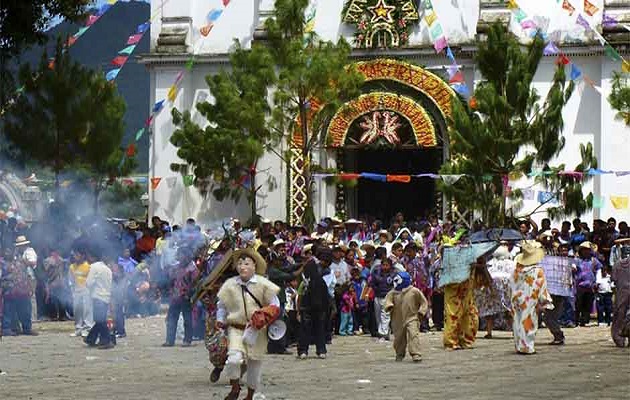 At least 12 native evangelicals were held illegally on Easter Sunday in the municipality of Zinacantán (Chiapas, south Mexico).

They were attending a local district assembly to discuss issues of common interest. But the agenda of the gathering was changed as the leaders of the municipality addressed the organisation of the Catholic festival of the ‘Holy Cross’, which is to be celebrated on May 2.

The evangelicals rejected to contribute to the religious festival, said lawyer and member of “Mission 21 grams” Luis López Herrera. Herrera, who offers legal support to victims of religious intolerance in Chiapas, denounced that the 12 evangelical Christians were held against their will for almost 24 hours.

The local assembly elected the so-called “stewards”, a traditionalist Catholic figure in Chiapas whose role is to administrate (and often also contribute to) the financial area of the Catholic festivals.

The majority of the assembly deliberately decided that evangelical pastor Juan Hernández Pérez was to become the new “steward”. The pastor immediately refused to accept the role and as a reaction, he and other 11 members of the Christ Comes Pentecost evangelical church were not allowed to leave the building.

After being free, the victims also realised that the electricity of their homes had been cut and tanks of water for personal use had been spilled.

According to lawyer López Herrera, it was the secretary’s office of the regional government that forced the City Council of Zinacantán to free the group of evangelicals.

Evangelical Christians in the Mexican state of Chiapas have suffered the intolerance of Catholic traditionalist for many years. Abuses and attacks in periods of religious festivals occur with little intervention of the political authorities, sources say.

Published in: Evangelical Focus - world - Evangelicals in Chiapas held after refusing to contribute to Catholic festival