The resolution, approved by consensus, hopes to “help combat hate crimes and acts of violence related to religion or belief, and further strengthen inter-religious dialogue”. 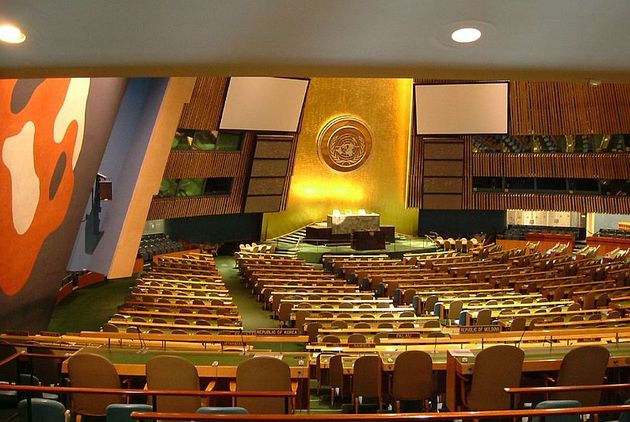 The UN General Assembly has designated Aug. 22 as the International Day Commemorating the Victims of Acts of Violence Based on Religion or Belief.

The resolution was co-sponsored by Poland, Brazil, Canada, Egypt, Iraq, Jordan, Nigeria, Pakistan, and the United States, and adopted by consensus by the 193-member world body on Tuesday.

It deplores “all acts of violence against persons on the basis of their religion or belief, as well as any such acts directed against their homes, businesses, properties, schools, cultural centres or places of worship, as well as all attacks on and in religious places, sites and shrines that are in violation of international law”.

“Terrorism and violent extremism in all its forms and manifestations cannot and should not be associated with any religion, nationality, civilization or ethnic group”, the resolution adds.

“COMBAT HATE CRIMES AND VIOLENCE RELATED TO RELIGION AND BELIEF”

The International Day will aim to “honour the victims and survivors who often remain forgotten”, Minister for Foreign Affairs of Poland Jacek Czaputowicz, said.

He recalled the spate of attacks in the last months, including on mosques in Christchurch, New Zealand, and the targeting of Christians in Sri Lanka during Easter Sunday.

“We hope that it will help combat hate crimes and acts of violence related to religion or belief, and will further strengthen inter-religious dialogue”, Czaputowicz, pointed out as he introduced the resolution.

During the discussion of the resolution, the United States and China clashed over Washington's criticism of Beijing's treatment of its Muslim minority.

The Acting US Representative to the UN Economic and Social Council, Austin Smith, said that in the Xinjiang Uighur Autonomous Region “more than one million Uighurs, ethnic Kazakhs, Kyrgyz, and other members of Muslim minority groups in Xinjiang have been arbitrarily detained in camps since April 2017. There are disturbing reports of forced labour, torture, and deaths in these camps”.

“Chinese authorities are restricting religious freedom by labelling peaceful religious practices as manifestations of ‘religious extremism and terrorism”, he added.

He asked UN members to ask China to close its camps and respect the rights of Muslims, Christians, Tibetan Buddhists, and Falun Gong practitioners.

China’s delegate called the US allegations unfounded and said that what were described as camps were, in fact, “vocational and educational training centres to help minorities learn skills that can help them fight poverty”.

He hurled a counter-accusation against the US, arguing that at the recent Permanent Forum on Indigenous Issues many speakers had accused the US government of killing its own indigenous peoples, extinguishing their languages and oppressing their voices.