Rev. Iftikhar Indryas, founder of the New Covenant Christian School, explains the issues the educational project is facing. He calls to pray for the “spiritual, physical and intellectual well-being” of Pakistani Christians. 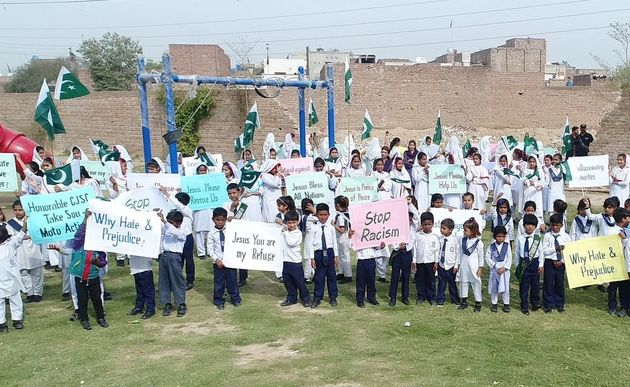 Despite the recent release of Asia Bibi, 218 Christians are still in jail in Pakistan, due to the blasphemy laws; churches and Christian communities are targeted by Islamic terrorism, and religious freedom is far from being a reality in the country.

Christian schools are also threatened by radicals, and very often official authorities do not protect them, harming the children education in a country that UNESCO ranks as one of the most illiterate countries in the world.

New Covenant School was founded by Rev. Iftikhar Indryas in Faisalabad, Pakistan, “to rescue the Christian community from slavery, poverty, and misery, and provide them with equal opportunities, prosperity, freedom, and valuable spiritual life”, he told Evangelical Focus.

Adjacent to the school there was an open space where the municipal authority used to dump the garbage, which is “a huge environmental hazard for students as well as the community”, Indryas said.

The school staff wrote a letter to the authorities, requesting them to remove the garbage and to allot the land to the school, so that they can make a playground for the students.

“Government officials consented”, and the school management, after removing the garbage, constructed the boundary wall for the security of the children, “spending millions or rupees to restore and maintain it”, Indryas explained.

However, in April the Water and Sanitation Agency, without notice, reached the school with heavy police and bulldozed the wall, harassing the children and the teachers. Nothing has happened since then.

Meanwhile, Rev. Iftikhar was threatened by Taliban and had to leave the country and come to Spain to protect his wife and children.

“Christians are targeted by both state and non-state actors. They are persecuted. They get martyred, their colonies and churches get burned, their schools are attacked by radical forces, and sometimes by state forces too”, he pointed out. 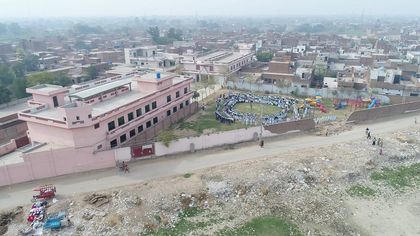 Question. In 2012 you and your team started the project of the New Covenant School, to provide education to Pakistani children, what are the goals of this project? What role does education play in Pakistan?

Answer. According to reports and surveys almost 2.8 million minor kids are out of school. In terms of the Christian population, the ratio is quite higher.

Moreover, Christians in Pakistan are living third-class, underprivileged and marginalized lives. They are neglected and lack basic necessities of life, like education, health, shelter, and jobs.

The purpose of setting up NCSS was to rescue the Christian community from slavery, poverty, misery, and deprivation, and provide them with equal opportunities, prosperity, freedom, and valuable spiritual life.

I dream of a generation which is holistically rich. Our dream is to raise the next generations for the kingdom of God. A generation that excels in physical, social, spiritual and intellectual areas of life.

Q. A piece of land next door to your institution was a pond of dirty and polluted water and became an environmental hazard for students as well as the community. How have you tried to solve this problem?

A. The school management asked the managing Director of the Water and Sanitation Agency (WASA) and the Deputy Commissioner of the city, by a written request, to remove the hive of garbage and to drain out dirty water to specified sewage line, so that the public nuisance will finish.

The school, in return, promised to provide a land to substitute the one we received. Government officials consented, and the school spent millions or rupees to restore and maintain the land. 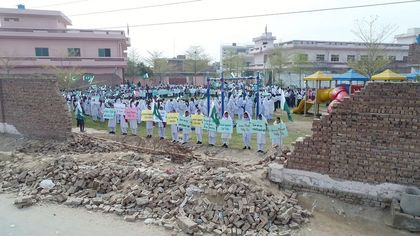 Q. What is the biggest danger the school children and the staff are facing right now?

A. Due to the construction of that illegal disposal station, school children and staff are facing huge difficulties to continue their schooling and education.

The use of large scale construction machinery has caused unbearable noise pollution, and sewerage water will completely damage underground drinking water. It may also cause serious medical complications, as epidemic diseases are likely to erupt.

Most of all these acts of discrimination have put irremovable marks in the minds and souls of innocent students.

Q. You had your life in Pakistan, why did you have to come to Spain?

A. Taliban issued a fatwa (a non binding legal opinion on a point of Islamic law, given by a qualified legal scholar) on me and I was threatened by radicals, so that I had the responsibility to rescue my wife and children.

Q. How is the situation of Christians in Pakistan right now?

A. Christians in Pakistan are largely pushed to the wall since the inception of the country. They are marginalized and underprivileged in all aspects of life.

Christians are targeted by both state and non-state actors. They are persecuted. They get martyred, their colonies and churches get burned, their schools are attacked by radical forces, and sometimes by state forces too. 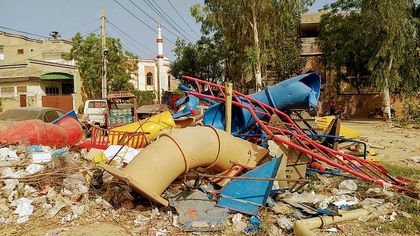 There is always a sharpened Islamic sword hanging on the necks of innocent Christians in Pakistan in the shape of the Blasphemy Laws of Pakistan Penal Code.

Christian institutions of the colonial era were Islamised in 1972 by the then Prime Minister Zulfiqar Ali Bhutto’s regime. Because of that, Christians remained backward and are left behind.

Furthermore, they are hired only for low class jobs such as sweepers and janitors.

Q. Pakistan has been on the news recently for the Asia Bibi case, what do you think about the final resolution?

A. I appreciate the decision of the Supreme Court regarding the Asia Bibi case. I wish and pray that this precedent must be upheld by lower courts too.

However, the fact of the matter is that Asia Bibi and her family have suffered for more than a decade being innocent, because of unjust judgements and flawed prosecution and investigative procedures.

Unfortunately, I have to say that lower courts are in hot waters regarding this unprecedented sentence.

Q. Pakistani airspace on its eastern border with India will remain closed until June 28,.How can that affects the situation of the Christians in your country?

A. Despite all the discrimination and persecution at the state level, Christians of Pakistan have always remained loyal and patriot. Pakistani Christians love their country like any other citizen.

But it is also true that whenever tensions escalate at Indo-Pak border, Pakistani Christians gets badly affected.

There is a mindset in some armed Islamic radical organizations of Pakistan who blame USA, UK, Canada and Israel. They have a feeling that the US-Israel-India nexus is anti-Islam, so that radical forces take their revenge by persecuting innocent, peaceful and patriot Christians living in Pakistan. 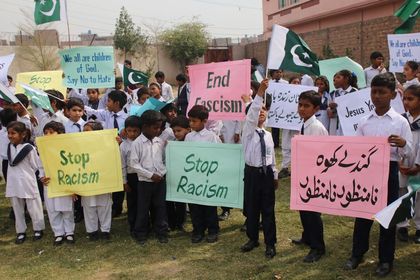 Q. How can Christians worldwide help and pray for Pakistani Christians?

A. Christians worldwide can help and pray for the spiritual, physical and intellectual well-being of Pakistani Christians.

Please pray that more churches could be planted, and evangelical missionaries could be sent, as well as for the creation of more Christian media, to help them grow spiritually in their faith in Jesus Christ, the Holy Spirit, and Father.

Pakistani Christians also need your prayers for better income and employment programs, and ways to rescue and rehabilitate victims from slavery, and to provide legal assistance in blasphemy and other cases.

We ask you to also pray for the opportunity to build more schools and colleges, to equip Christians of Pakistan with education and lifelong skills.