Mexican evangelicals do not agree about President’s ‘Moral Booklet’

Many evangelicals believe that “its content clashes head on with Christianity”, and the Bible “cannot be repalced by it”. Evangelical group Confraternice supports it. 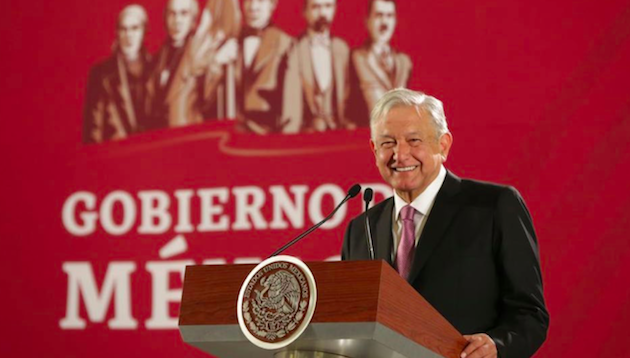 Mexican President Andrés Manuel López Obrador recently announced the delivery of a Moral Booklet to all teachers, as support material for their civics classes.

The document is a reprint of the text edited in 1992 by José Luis Martínez, director of the Economic Culture Fund in the 70s, a work that was originally written by Alfonso Reyes in 1944. It includes a presentation by López Obrador.

The Booklet has 28 pages, with 14 sections that include moral lessons about respect for oneself, family, society, homeland, humanity and nature, among others.

After the announcement of the distribution of the Moral Booklet, the Evangelical Alliance of pastors of Saltillo has refused to participate in any act related to it, as well as in the teaching of its content.

“The contents clash head on with Christianity. As believers, we cannot change or replace a document that we know as the Word of God, which is the document par excellence that teaches moral values, by a document prepared by the government”, said Eduardo Pacheco, a member of the Alliance .

According to Pacheco, the booklet opens the doors to gender ideology and is a first step in establishing certain claims of the LGTBI groups. He also informed that, in the next few days, the Evangelical Alliance in La Laguna will also reject the booklet.

The Ministry of Public Education has informed that the Moral Booklet will be distributed in the schools of the country, and that some evangelical groups, such as the National Confraternity of Evangelical Christian Churches (Confraternice), began to distribute it in July.

The participation of Confraternice has generated controversy among Mexican evangelicals, since there is a large majority of churches that have not wanted to participate in this distribution.

The President of the Ibero-American Congress for Life and Family, Aarón Lara, has pointed out that “Brother Farela (President of Confraternice) says he is a ‘friend of the president’, but he does not represent us”.

“Obviously the Lord Jesus Christ did not send us to distribute moral booklets, that is the idea and task of the government”, he added.

According to Lara, Farela represents only seven thousand evangelical temples in Mexico, where there are more than 40 thousand, and “not all of those seven thousand are under his leadership”.

“He is not the representative of the Evangelical Churches in Mexico”, Lara said. The National Presbyterian Church has also made a statement in this regard.