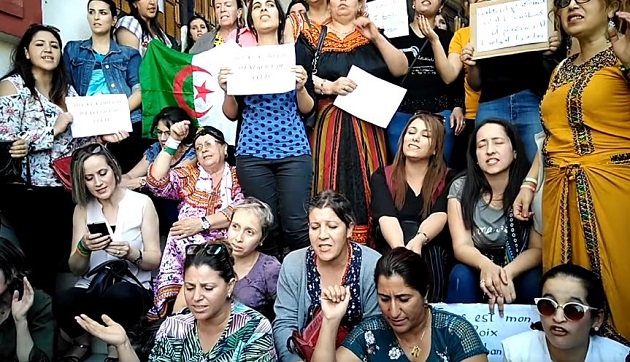 The campaign to close Protestant worship places in Algeria tarted by the government one year ago has become an international human rights issue.

Worshippers did not stop singing “Hallellujah” as police officers entered the Source of Light church in Makouda last week, only hours before the largest Protestant church in Algeria, the 700-member Full Gospel Church of Tizi-Ouzou (EPPETO) was also sealed, despite peaceful opposition of its members. One day later, the worship place of the Tafath church based in the same city also saw security officers close their premises.

The between 50,000 and 100,000 Protestant Christians in Algeria have witnessed in the last year how the places of worship of at least 12 of the around 50 Christian churches have been closed. Believers have protested peacefully on the streets asking to “stop the closures” and the “intimidation”.

Authorities say the campaign is justified by the 2006 law for non-Muslim worship places, known as 03-06 order, which forces Christians and other minority faith groups to get a special license. For more than a decade, believers have denounced that their applications to register have been systematically ignored by the authorities. 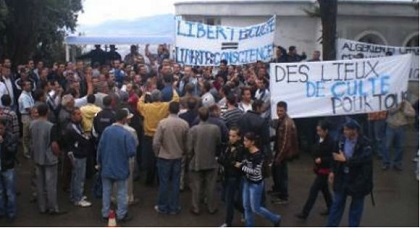 Algerian Christians say they “do not fear” and that the pressure from the government has led to “a stronger unity among churches than ever before”. An Algerian source added that “the closure of buildings will mean the opening of “new groups in houses”.

“They can close our temples but they can never close the hearts that are receiving Christ (…) Chairs, microphones may be taken from us, they will not give us visas, but they will never take Christ from our hearts”, Christian leaders said.

“WE HAVE BEEN ABUSED FOR ONE REASON: OUR CHRISTIAN FAITH”

In a video message, Salah Chalah, Pastor of the EPPETO church and President of the Algerian Protestant Church (EPA), a union of most Protestant churches in the country which is a member organisation of the World Evangelical Alliance (WEA), called to “prayer because the situation is serious”.

In another statement, after the closure of the church he leads, Chalah added: “It’s been 23 years that we exist in plain view; why wait until today to do so? May everyone know that we have been beaten and abused, including our sisters too, in our own premises for one reason only – our Christian faith. And because that’s the cause of our pain, we’re proud of it”.

The leader of the Makoud church, Pastor Benzid, who serves as Secretary of the EPA, also expressed his views in the same lines, according to Morning Star News. “I never thought that one day places of worship could be invaded by the elements of security services with their weapons in front of children, women, old people and young people,” he said. 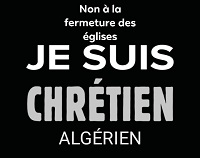 “It is unimaginable and unacceptable in the 21st century to see such a scene occur in a place of worship and in front of pacifist people. (...) I ask everyone to pray for the church in Algeria and for our dear and beautiful country”.

The attacks on the freedom of worship of Christians have even been condemned by Muslim neighbours, who have joined the demonstrations, according to local news website Tamurt.

One of the countries that is following the situation in Algeria the most is France. In the city of Mulhouse, 500 pastors sent a joint message to Emmanuel Macron, the President of France. They asked the highest authority in the country to act and put pressure on Algeria to guarantee religious freedom and freedom of worship.

The French pastors denounced “the persecution of men and women for the only reason of wrongdoing of practising their faith”. The statement adds: “The pastors gathered here want to believe that France will not remain silent in the face of this persecution”.

According to French news website Evangeliques, demonstrations in support of Algerian Christians have been called for 24 October in French cities such as Paris, Strasbourg, Lyon, Marseille and Metz. They have been organised by the movement #JeSuisChrétienAlgérien

A petition on the internet entitled “No to the closing of churches in Algeria” has reached already 68,000 signatures.

TV Broadcaster France 24 already addressed the issue some years ago in this 3-minute-long report.

Among the organisations that have spoken out about the anti-Protestant campaign in Algeria is the influential NGO Human Rights Watch (HRW). On 24 October, it isssued a statement about the “the crackdown on Protestant faith”. 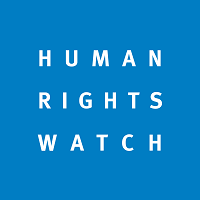 The human rights group said “Ordinance 06-03, by imposing blanket prohibitions on proselytizing, which apply only to non-Muslims, violates the right of individuals under the ICCPR to the freedom to have or to adopt a religion or belief of his choice”. HRW therefore concludes that “all churches that have been shut arbitrarily should be allowed to reopen”.

Also on a global level, the World Evangelical Alliance has brought the case of the Algerian Protestant churches to the United Nations Human Rights Council, calling the interim government to “allow the forcibly closed church buildings to reopen, end the campaign against Protestant churches, and review the registration process”.

Read all the informations published on Evangelical Focus about Algeria here.