Civil society reports estimate that in 2017 alone at least 50 individuals were imprisoned on charges of blasphemy, with at least 17 facing possible death sentences. 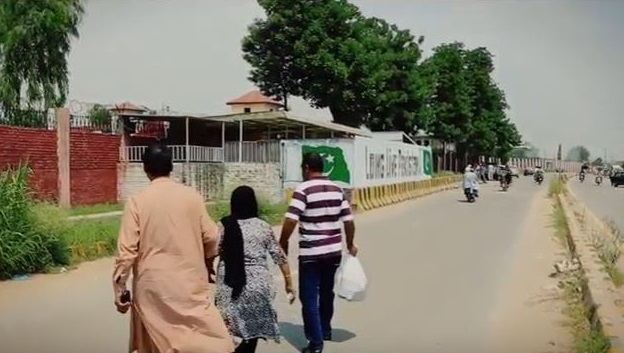 Relatives of Zafar Bhatti in front of the imprisonment centre in Lahore. / Release

The reports come from sources as diverse as the US Commission on International Religious Freedom (USCRIF) and Humanists International.

The USCIRF reports there are still 80 people in Pakistan imprisoned on blasphemy charges. And the latest Freedom of Thought Report from Humanists International says Pakistan remains a ‘perennial offender’ in imprisoning people for blasphemy – long after the country’s Supreme Court discredited the high-profile case against Asia Bibi.

According to the Freedom of Thought report: ‘The authorities prosecuted a total of 1,170 blasphemy cases between 1987 and 2012, with scores of new cases every year. Civil society reports estimate that in 2017 alone at least 50 individuals were imprisoned on charges of blasphemy, with at least 17 facing possible death sentences.’

THE CASE OF ZAFAR BHATTI

Release International says Zafar Bhatti, was falsely accused of blasphemy to prevent his work as a Christian journalist and put his life in jeopardy.

He was arrested seven years ago after reporting on Christian persecution. Release Partner, Lahore Evangelical Ministries, says: ‘Somebody used his mobile to send a text against the Prophet. This became a blasphemy case against him. Insulting Mohammed means anyone can kill him. His guard attempted to kill him and somebody gave him poison.’

False blasphemy charges can be devastating for the entire family: ‘My life is ruined without him,’ says Zafar’s wife Nawab Bibi. ‘When Zafar was arrested, my life became meaningless. I felt myself all alone and I thought my life is finished. He is in prison. I am really suffering.’

Release International is working to support many people like Zafar and his wife and campaign for justice – including the repeal of the blasphemy laws.