The Prime Minister resigns after large demonstrations against political corruption and the precarious economic situation. More than 400 people died in the last 2 months. 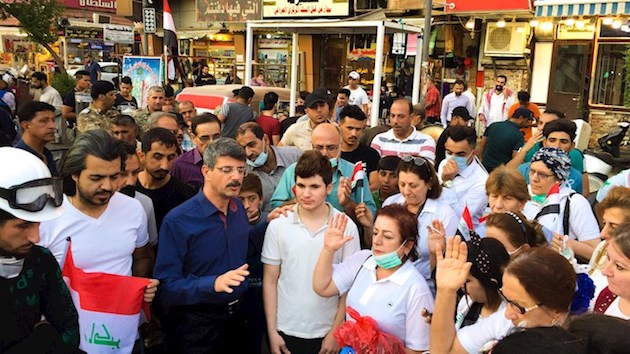 Iraq still faces the consequences of the invasion of the United States in 2003, as shown by the protests that take place in the main cities of the country since this October.

The main reason of this new expression of popular discontent is the political and economic instability that has remained after the end of the war.

The corruption of the ruling elites and the precarious economic situation, have resented the patience of a population that has taken the streets during the last two months.

In this time, more than 400 people have died and thousands were wounded, because of the confrontations between the army, the police and the civilians.

The Prime Minister, Adil Abdul-Mahdi, announced his resignation at the end of November, pressed in part by the Shiite ayatollah Ali al-Sistani, who emphasised the "failure of the institutions to manage the events of the last two months”.

Abdul-Mahdi justified his resignation saying that he did it “to avoid bloodshed and not to fall into a cycle of violence, chaos and devastation”.

CHRISTIANS BACK THE PROTESTS

Iraqi Christians see the protests as “a movement that floods the hearts of young people and the poor, with no religious discrimination”.

“The reason for the protests is the frustration of the protesters, after 16 years of sectarian war and corruption, a decrease in personal income and a lack of work and opportunities for young people”, the Pastor of the National Baptist Church of Baghdad, Ara Badalian, told Spanish news website Protestante Digital.

According to the pastor, “Abdul-Mahdi's resignation is a correct step. Iraqi politicians have realized the seriousness of the requirements of the population as a whole”.

Although the successor of the Prime Minister is still unknown, Badalian is “optimistic for the election of a new person to lead the government, in order to carry out reforms and prepare early elections”. 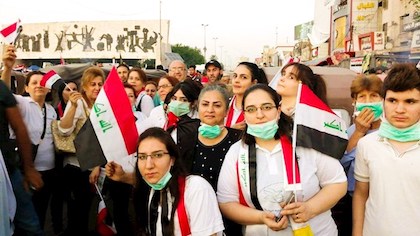 Badalian has visited Tahrir Square, along with his church, “to pray that God would protect the people protesting there, and give His peace to the country and wisdom to politicians and leaders”.

The National Baptist Church of Baghdad is one of the several Christian communities in Iraq that have decided to cancel the Christmas celebrations, even though “the situation is stable in Baghdad now”, said Badalian.

“We will only keep Christmas services, we do it to show sympathy and sadness, in unity with the families of the victims in Baghdad, Nasiriyah, Najaf and other cities in Iraq”, the Baptist pastor explained.

The Chaldean Catholic Church has also decided to cancel its traditional Advent activities. “Instead of bringing hope and prosperity, the current structure of government has brought corruption and despair”, said the Archbishop of Erbil, Bashar Warda, at the United Nations Security Council in November.