A leader of the Church of the Brethren in Nigeria pleaded for help on a video released on Sunday. “I have never been discouraged, because all conditions that one finds himself are in the hands of God”. 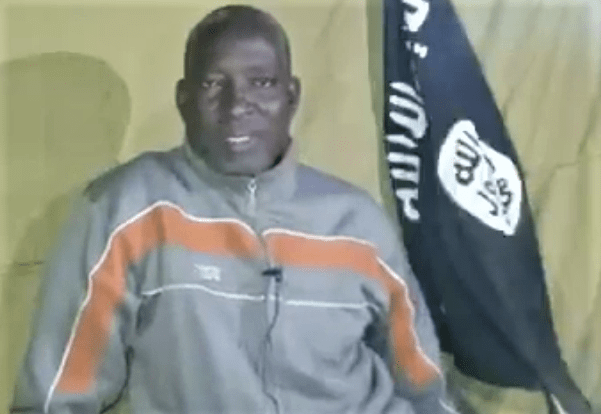 A leader of the Church of the Brethren in Nigeria (EYN) pleaded for help on a video released on Sunday (Jan. 5) after Islamic extremists with Boko Haram kidnapped him last week.

The Rev. Lawan Andimi was abducted by terrorists of the Islamic State’s West Africa Province (ISWAP, known as Boko Haram before affiliating with the Islamic State) on Thursday (Jan. 2) in attacks on Michika County and a nearby area in northeast Nigeria’s Adamawa state, sources said.

Pastor Andimi, area EYN district chairman and chairman of the local chapter of the Christian Association of Nigeria, pleads with church leaders to ask Adamawa Gov. Ahmadu Fintiri to intervene for his release in the video.

“I have never been discouraged, because all conditions that one finds himself is in the hands of God – God who made them to take care of me and to leave [me with] my life,” Pastor Andimi says. “I am appealing to my colleagues, reverends, particularly my president, Rev. Joel Billy, who is a strong man, a man of compassion and man of love. He can do all his best to speak to our governor, Umaru Jibrilla [Fintiri] and other necessary agents for my release here.”

Pastor Andimi says he has been treated well with food and a comfortable place to sleep.

“I believe that He who made them to act in such a way is still alive and will make all arrangements,” he says. “By the grace of God I will be together with my wife, my children and my colleagues…If the opportunity has not been granted, maybe it is the will of God. I want all people close and far, colleagues, to be patient. Don’t cry, don’t worry but thank God for everything.”

The video was released via Twitter by Ahmad Salkida, a Muslim journalist who has released previous videos from Boko Haram captives.

“They attacked Michika and Bassa communities just a day after we celebrated the New Year,” Hosea said. “Our people had to flee into the surrounding bushes, while others ran to the hills around here.”

“When the Boko Haram attacked Michika on Jan. 2, the army quickly swept into action, killing most of the terrorists, and pursued them towards Lassa River, where they lost one of their trucks to the Nigeria army,” Nyampa said. “Our people had to run helter-skelter when they heard that the terrorists were approaching the town. We thank God for their lives, but the only civilian casualty is the missing pastor whose whereabouts are still unknown.”

He called on the government to intensify efforts to find Pastor Andimi.

The Rev. Sansom Ayokunle, president of the Christian Association of Nigeria (CAN), issued a statement on Monday (Jan. 6) in Abuja urging the Nigerian government to take necessary steps to rescue the Brethren pastor and all other captives held by the terrorists.

“We were told that the troops repelled them but not until they had successfully forced Rev. Andimi into their Toyota Hilux and took him away,” Ayokunle said. “The innocent cleric, in video footage released by his captors, has been making an appeal to the federal government, the Adamawa state governor and the leadership of CAN to come to his aid.”

Ayokunle also called on the United Nations, the United States, the United Kingdom and other developed-world countries to assist Nigeria in “securing our lives before it is too late. They should help our security agencies to live up to the expectations before the situation gets out of hand by stopping these killings and abductions with impunity.”

He said that CAN and other Nigerians wish to assure those in captivity and those facing religious persecution that their prayers are with them.

“Our God who delivered the people of Israel from the Egyptian bondage will surely deliver them,” he said. “They will not die in captivity in Jesus’ name.”

“The whereabouts of CAN chairman the Rev. Lawan Andimi is unknown, except that some women claimed they saw him boarding a Hilux van,” Zakawa said.