The Gambian Christian Council is concerned about the importance that the Shariah has in the draft constitution. 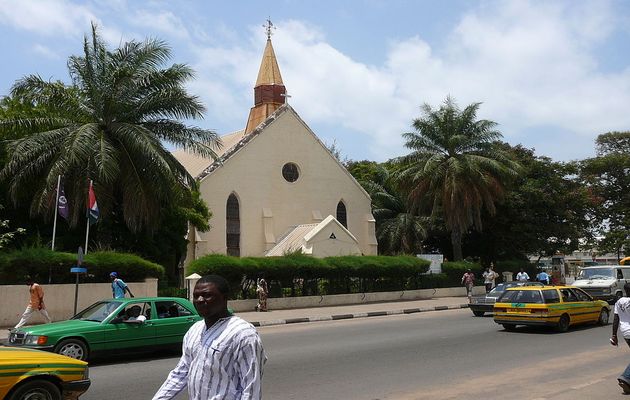 Last November, the Gambian Constitutional Review Commission (CRC) presented a draft Constitution, whose final version must be ready by March, 31.

On June 2018, the President of the Republic appointed a group of experts to review the 1997 Constitution, and draft and deliver a new one.

They “had face-to-face in-country public consultations and focus group discussions; undertook and conducted household surveys; met with officials of the three organs of government and the registered political parties; and received communication from external international institutions”, the CRC said in a press release.

The draft Constitution has 20 Chapters, three Chapters less than what is contained in the current Constitution, with a total of 315 clauses “crafted in simple language and easier to read and understand”.

Since this consultation began, the Gambian Christian Council (GCC), an umbrella body that unites and overseas the affairs of all churches in the Gambia, have organised several workshops for the Christian community, to review the various submissions of the CRC.

They pointed out that “three key guarantees and safeguards are missing in the new draft Constitution: the Gambia’s secular identity guaranteed in law by an Act of Parliament in 2017; the safeguard against the discrimination and persecution of minority groups, and the protection of the state against another unilateral Islamic State declaration”.

That is why the GCC sent a letter asking “the CRC to live up to Section 6 (2) (VI) of the Constitutional Review Commission Act 2017, which requires them to draft a new Constitution which shall safeguard and promote the Gambia’s continued existence as a Secular State in which all faiths are treated equally and encouraged to foster national cohesion and unity”.

The GCC demanded that “the term secular should be included in the Preamble of the Constitution, which states the ethos and history of our nation in the overall introduction of our constitution”.

The Christian entity considers that “the clause which states that the National Assembly shall not pass a bill to establish a religion as s State religion is not enough [...] We are therefore asking that the Constitution should clearly state that The Gambia is a Sovereign Secular Republic”.

Additionally, they ask the CRC to “give a clear definition of the term Secular which explains the neutrality of the government on matters of religion and guarantees that equal and fair treatment is given to all irrespective of their religion”.

The draft constitution also states that “the Court will be renamed Shariah Court, it will rules in areas beyond the 1997 constitution, such as adoption, burial and endowment, so that it will affect our Christian men and women who are married to a Muslim”, the GCC explained.

Furthermore, “the introduction of a Shariah High Court which runs parallel to the Gambia High Court over which it will have no supervisory jurisdiction, is discriminatory to Christians and the fact that women judges cannot sit in Shariah courts is also discriminating against women”.

Therefore, “we cannot accept Shariah being applied to any non-Muslim whether or not they are married to a Muslim […] and ask Shariah to be only applicable to Muslims and where a Christian is affected in matters of inheritance, marriage, divorce, civil law be applicable”.

The GCC also asked “the proposed Shariah High Court to be removed, that no state funds be used to enhance any particular religion in government institutions; and public officials do not use their offices and authority to propagate a particular faith against another”.