The cases of using coronavirus as a pretext for arresting evangelical leaders have grown amid the Himalayan lockdown. 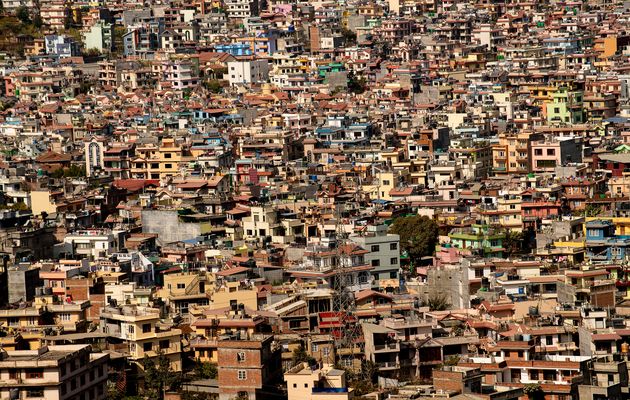 Police arrested two pastors in Nepal on Saturday March 28, falsely charging them with holding worship services amid the Himalayan country’s lockdown to contain the spread of COVID-19, sources said.

Police jumped over a locked gate and intruded into the Nissi Church building in Surkhet District, Karnali Province as 69-year-old pastor Mohan Gurung and other Christians who live on the church premises were chatting, Pastor Gurung said.

“Why are you gathered here? Will your Jesus save if you contract coronavirus?”, the officers said as they badgered him, Pastor Gurung said.

The pastor, also known as Solomon Gurung, told Morning Star News that he was not holding a worship service but was spending time with his family and assistant pastors and their families, who also live on the church premises.

After the government’s March 24 order of a full lockdown, he had announced that worship services were suspended, the pastor told Morning Star News.

“I also had stuck handbills on the walls of the church about coronavirus and safety measures to be followed and had kept the gate locked since government announced a lockdown on March 24”, he said. 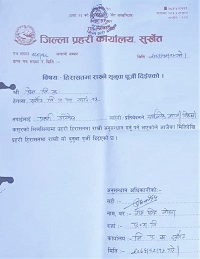 On March 28 his family and the assistant pastors’ families who live on the church premises sat down together and were casually chatting about coronavirus and recent developments in the world, he said.

“I was having family time chatting and studying the Bible”, he told Morning Star News. “My wife and I consider the young pastors helping us in the ministry as our own family, and they also live in the same compound. We have meals together, sit and pray as a family”.

Normally at least 800 people attend worship services on Saturdays, and members had folded and put away carpets and cleared the furniture from the worship area on March 21, Pastor Gurung said.

“Only 10 of us sat chatting, and I still do not understand why the officers had to jump off the gates to arrest me. I had already suspended the services until we hear back from the government again”, he told Morning Star News.

“Even at the police station, the officers were shouting at me, ‘Are you a fool? Your Jesus could not save himself on the cross. How can he save you from coronavirus?’”

The next day police presented him before the district magistrate and falsely accused him of conducting worship services during the lockdown, he said.

“I denied their accusations and told the officer that I was only sitting with my family, and the gate was also locked,” he said. “The police had taken me to the district magistrate handcuffed”.

Later that day, police also handcuffed him as they took him for a medical examination, he said.

Pastor Mukunda Sharma, executive secretary of the Nepal Christian Society, told Morning Star News that the use of handcuffs in this case was unlawful. Section 7 of the Nepal Prisons Act prohibits use of fetters and handcuffs other than in special circumstances such as attempts to abscond, he said.

The United Nations Standard Minimum Rules for the Treatment of Prisoners, commonly called the Nelson Mandela Rules, also prohibits the use of instruments of restraint.

Pastor Gurung was released on bail on March 29, along with another pastor who was falsely accused of violating the lockdown, sources said.

At around noon on the same day Pastor Gurung was arrested, March 28, seven police officers intruded into a church building in the Karikhola area of Surkhet District, where pastor Prem Bahadur was informing some members not to gather.

“We had already decided not to conduct worship services, but I received a call on March 28 that a few believers had come to the church”, he said. “As it takes just a few minutes to walk from my home to the church building, I went there and made them understand that coronavirus is a pandemic and that we must follow the government orders.”

He had already distributed notices with pictures showing how they must take precautions to keep themselves healthy and was telling them that they must wash their hands often and keep physical distance from one another, he said.

“We were only talking when the police officers barged inside and charged three male members with lathis [clubs]”, Pastor Bahadur told Morning Star News. “They accused me of violating the lockdown, and I had told them that I was sending the members away as they were illiterate and were not aware of the government’s orders”.

The police paid him no heed and pushed him into their vehicle, he said.

“My wife and daughter-in-law had pleaded with police not to book me falsely,” Pastor Bahadur told Morning Star News. “The police told them not to be tensed, and that I would be released within two hours”.

Police put him in the same cell with Pastor Gurung, and Pastor Bahadur also was handcuffed as officers took him to the district magistrate and to the hospital for medical examination, he said. The two pastors were released on bail at about 8 p.m. on Sunday (March 29).

Pastor Bahadur, 46, said he has faced opposition from hard-line Hindus and “cow vigilantes,” who protect cows regarded as sacred, during his 13 years ministering in the Karikhola area.

“They had been accusing me that I have been promoting a foreign faith and had defiled Hinduism, and that Jesus is not God”, he said. “The police personnel at the Surkhet District Police station informed me that a person from Karikhola neighborhood had called the police and had complained that I was conducting worship services”.

The arrest warrant issued to the pastors accuses them of violating the lockdown, thereby allegedly disturbing the peace and putting public health at risk.

Surkhet District Inspector of Police Gopal Rayamajhi told media that the two pastors were arrested at around 2 pm. on Saturday (March 28) while they were gathering at their church sites.

He reportedly said police had taken action against them based on information received about Christian worship.

Pastor Sharma said he urged the chief district officer of police to carry out a fair enquiry and release the innocent pastors.

“The pastors had actually taken COVID-19 seriously and were also making efforts to make people aware of the pandemic, but police did not acknowledge their efforts”, Pastor Sharma told Morning Star News. “The news of pastors’ arrest has come as a shock. I have taken stock of both the cases, and it is clear that the accused pastors had not violated the lockdown.”

Nepalese Christian communities have shown solidarity with the government by obeying government orders, he said. “All over Nepal, all the churches are closed – no more gathering in the church buildings,” he told Morning Star News.

The Nepal Christian Society has circulated notice to all its district and state societies on “what to do or not do” amid the pandemic, using Facebook, Twitter, Zoom, Skype and WhatsApp, he said.

“We have already started to join hands together for assisting poor people by providing food, medical kits and awareness-raising activities with a sacrificial heart,” Pastor Sharma said. “We are working together with local governments all over Nepal.”

More than 1.5 million Nepali Christians are praying every day, he said.

“We are showing and want to continue showing our solidarity, and we are obeying and listening to the Nepal government and partnering in their efforts to defeat COVID-19”, Pastor Sharma said.

The charges follow the arrest last week of a pastor accused of giving false information about COVID-19 in Nepal by saying Christian prayer could bring healing from the disease.

Pastor Keshab Acharya, 32, was taken into custody March 23 from his home in Pokhara, Gandaki Pradesh Province, after a video appeared on social media of him rebuking the novel coronavirus as he preached to his church.

Nepal is ranked 32nd on Christian support organization Open Doors’ 2020 World Watch List of the countries where it is most difficult to be a Christian.