Italy, Spain and Greece have received increasing numbers of migrants and refugees. But 6 in 10 trafficking victims in Europe are EU citizens. 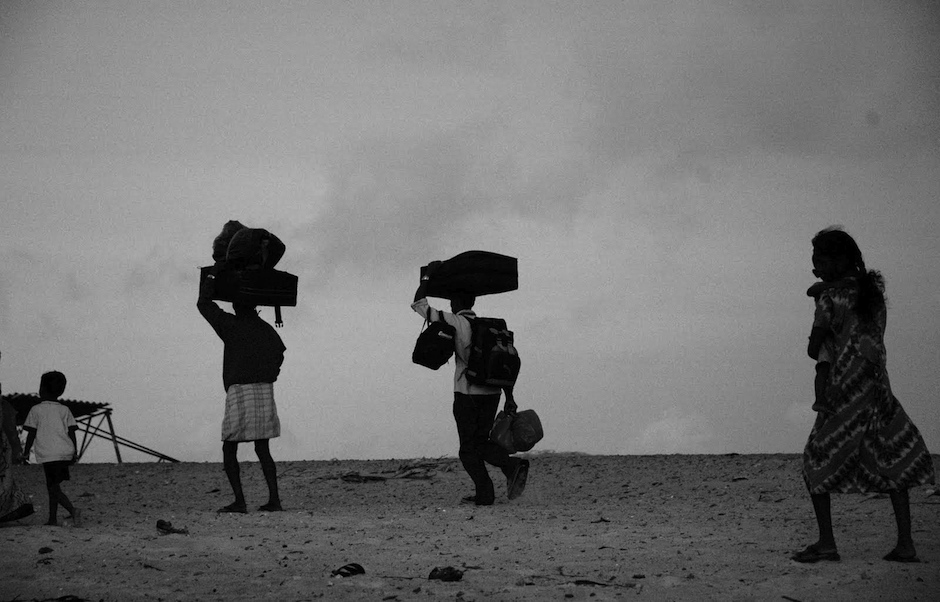 A group of Sinhalese Tamils arriving on the island of Rameshwaram, in Tamil Nadu, after a dangerous journey of more than 48 kilometers through the Palk Strait. / Climatalk.in (Flickr, CC)

The coronavirus travel and movement restrictions, “are likely to lead to an increase in smuggling of migrants and trafficking in person flows, from the most affected countries to more affluent destinations”, a report recently published by the United Nations Office on Drugs and Crime (UNODC), says.

Furthermore, “the potential impact of COVID-19-related restrictions and economic downturn on smuggling of migrants and trafficking in persons may be severe”.

“Across the Mediterranean, Sub Saharan African, North African, Middle Eastern and Asian migrants and refugees, are caught between the need to flee conflicts and poverty, dangerous open sea waters and the risk of COVID-19 transmission in absence of basic health and hygiene conditions en route”, they added.

The use of routes through Italy and Spain grows

According to the UNODC, the migratory route through Italy, now that the Libyan war is entering in a new phase, is the one that has grown the most since the beginning of the year. Between January and April 2019, 667 arrivals were registered by sea and land, in the same period of time this year, there have been 3,365.

The report also shows an increase in migrant arrivals to Spain  during the months of February and March, compared to 2019.

Greece  experienced a big growth in arrivals during January and February, following the  diplomatic crisis between the European Union and Turkey, but since March they have been declining.

“The closure of land, sea and air borders may increase smuggling of migrants”

“This suggests that Covid-19 travel and movement restrictions are not stopping the movement of people fleeing conflict, violence, and dangerous and inhumane conditions, who generally have no option but to use migrant smugglers”, the UNODC underlines.

The report states that “the closure of land, sea and air borders may increase smuggling of migrants, because people have an even greater need for the services of smugglers in order to cross borders”.

“Closures and restrictions also often result in the use of more risky routes and conditions, and higher prices for smuggling services, exposing migrants and refugees to increased abuse, exploitation and trafficking”, it warns.

The report also presents data that closely relates the economic situation of the countries, with the increase in human trafficking and sexual slavery. For example, in 2013 the unemployment rate in Hungary was 11%, and 12% of the registered victims of sex trafficking in the Netherlands were Hungarian.

However, in 2016 the Hungarian unemployment rate was 5% and the percentage of Hungarians who were victims of human trafficking and sexual slavery, dropped to 4%.

“A context of lower socio-economic status within some EU countries is still a risk factor for human trafficking, whether or not people need to apply for a visa or residence permit”, UNODC says.

Additionally, “over the last 10 years, more than 60% of victims of trafficking detected in the European Union were EU citizens, both nationals and from other EU countries”.

The UNODC also gives some recommendations, such as the prevalence of “a culture of rule of law”, a guaranteed access to justice, and a systematic data collection and analysis on the impact of Covid-19 on trafficking in persons.

They also call on “law enforcement officials to remain vigilant in addressing new and evolving crime patterns and adapt their responses to prevent human traffickers from acting with impunity during the pandemic”.

“Countries must continue supporting anti-trafficking work and adapt their assistance programmes to the new and extraordinary circumstances created by the pandemic and its aftermath”, the report concludes.

You can read the full United Nations Office on Drugs and Crime report here.

Published in: Evangelical Focus - world - The UN warns of an increase in human trafficking due to the coronavirus