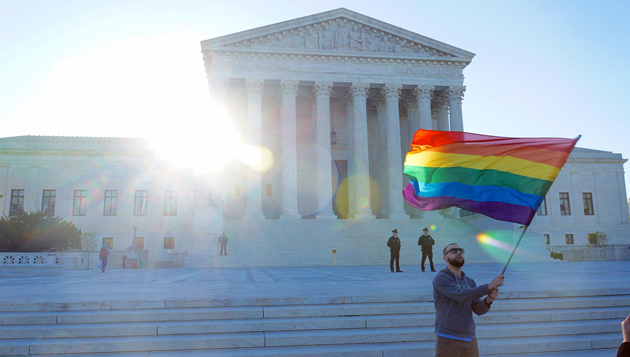 The USA Supreme Court decision which legalised same-sex marriage in all states last week has led to many reactions. Media and Social Media have been sharing opinions from all perspectives in the last days.

Here is a summary of the reactions of some relevant evangelical voices in the USA.

GRAHAM: DECISION WILL LEAD TO “PERSECUTION OF CHRISTIANS”

Franklin Graham has been one of the most outspoken leaders in the last few days. On Thursday, he lamented on his Facebook page Barack Obama's LGBT agenda: “The President is leading this nation on a sinful course, and God will judge him and us as a nation if we don’t repent.”

On Friday, Graham added: “With all due respect to the court, it did not define marriage, and therefore is not entitled to re-define it. Long before our government came into existence, marriage was created by the One who created man and woman—Almighty God—and His decisions are not subject to review or revision by any manmade court. I pray God will spare America from His judgment, though, by our actions as a nation, we give Him less and less reason to do so.”

On Sunday, Graham said “there will be persecution of Christians for our stand.” In an interview with TV channel FOX, he said that regardless of the ruling, he will refuse to marry any same-sex couples. 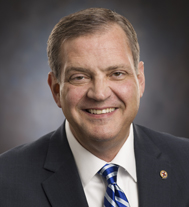 President of The Southern Baptist Theological Seminary, Al Mohler, reacted to the news with a long article. “The Supreme Court of the United States is the highest court in the land, and its decisions cannot be appealed to a higher court of law. But the Supreme Court, like every human institution and individual, will eventually face two higher courts.”

“The first is the court of history, which will render a judgment that I believe will embarrass this court and reveal its dangerous trajectory. The precedents and arguments set forth in this decision cannot be limited to the right of same-sex couples to marry.”

“The second court we all must face is the court of divine judgment. For centuries, marriage ceremonies in the English-speaking world have included the admonition that what God has put together, no human being – or human court – should tear asunder. That is exactly what the Supreme Court of the United States has now done.”

Mohler also warned that the “threat to religious liberty represented by this decision is clear, present, and inevitable. Assurances to the contrary, the majority in this decision has placed every religious institution in legal jeopardy if that institution intends to uphold its theological convictions limiting marriage to the union of a man and a woman. This threat is extended to every religious citizen or congregation that would uphold the convictions held by believers for millennia.”

The Assemblies of God issued their opinion through a statement of their general superintendent. George O. Wood was “deeply concerned about how the Court will rule when government laws and regulations that reflect its redefinition of marriage conflict with our biblical behavioral standards.”

“Will Assemblies of God ministers be required to solemnize same-sex marriages?”, he asked.

Addressing the pastors, Wood said: “Politics reflects culture, and culture reflects religion. If you are concerned with the political drift of American culture, preach the gospel!”, and to Christians in general, he said: “Use your citizenship well! Seek the common good. Advocate for the last, the lost, and the least. Speak the truth in love.”

“Keep perspective! In this and every other matter, always remember the words of our Lord Jesus Christ: In this world you will have trouble. But take heart! I have overcome the world”, Wood concluded.

DALY: “NOT TIME TO BE COMBATIVE”

Jim Daly, President of Focus on the Family, also saw the Supreme Court’s decision as an “imposition”, and added that “no court can change the eternal truth that marriage is, and always has been, between a man and a woman. Regardless of today’s decision.”

Daly asked Christians to not over-react: “It is not time to be combative and caustic. Now, more than ever, we must emulate Jesus Christ. We must continue to show that loving kindness as we talk with our neighbors and friends who see this issue differently.”

He agreed with other leaders in seeing a future danger for religious freedom, saying he was “concerned that this decision will fan the flames of government hostility against individuals, businesses and religious organizations whose convictions prevent them from officiating at, participating in, or celebrating such unions.”

Theologian John Piper also wrote an article on his website commenting on the Supreme Court decision: “Jesus died so that heterosexual and homosexual sinners might be saved. Jesus created sexuality, and has a clear will for how it is to be experienced in holiness and joy.” 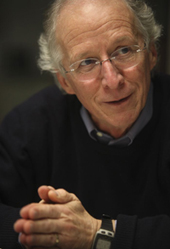 After giving a theological approach to the situation, Piper wrote: “My sense is that we do not realize what a calamity is happening around us. The new thing — new for America, and new for history — is not homosexuality. That brokenness has been here since we were all broken in the fall of man. (And there is a great distinction between the orientation and the act — just like there is a great difference between my orientation to pride and the act of boasting.)What’s new is not even the celebration and approval of homosexual sin. Homosexual behavior has been exploited, and reveled in, and celebrated in art, for millennia. What’s new is normalization and institutionalization. This is the new calamity.

But Piper warns no to fall into the temptation of “mounting a political counter-assault. I don’t think that is the calling of the church as such.”

“Christians know what is coming, not only because we see it in the Bible, but because we have tasted the sorrowful fruit of our own sins. We do not escape the truth that we reap what we sow. Our marriages, our children, our churches, our institutions — they are all troubled because of our sins.

“The difference is: We weep over our sins. We don’t celebrate them. We don’t institutionalize them. We turn to Jesus for forgiveness and help. We cry to Jesus, ‘who delivers us from the wrath to come’.”

Russell Moore, president of the Ethics and Religious Liberty Comission of the Southern Baptist Convention, wrote: “Few are surprised at the Court’s ruling. But simply because we are not surprised does not mean we are also not appalled.”

“As Christians, we believe in marriage. We believe that it is from above, not below. We believe that it matters supremely to agree with God about the definition and purpose of marriage and family. So we grieve for our country and solemnly pray that soon God would grant the leaders of our nation new hearts to see the beauty of biblically defined marriage law.

“We in 2015, under the shadow of the Supreme Court’s ruling on marriage, have a warning from the pro-life movement. The warning is that political victory does not equal cultural persuasion. It is possible to win the White House but lose the neighborhood.

Moore also coordinated “Here we stand”, a manifesto defending biblical marriage, which warned  that “evangelical institutions could be pressed to sacrifice their sacred beliefs about marriage and sexuality in order to accommodate whatever demands the culture and law require. We do not have the option to meet those demands without violating our consciences and surrendering the gospel.”

The statement, concluded saying that “outrage and panic are not the responses of those confident in the promises of a reigning Christ Jesus.”