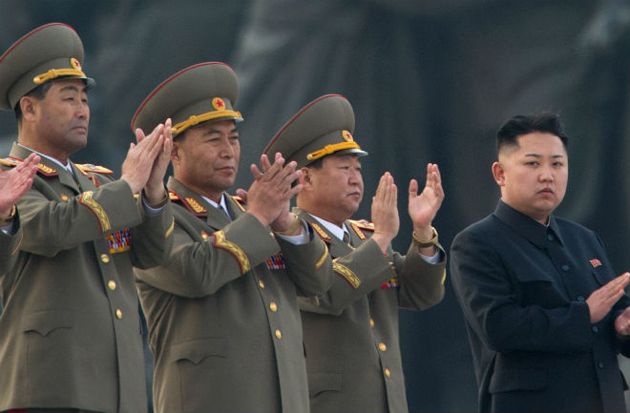 The representative of Cultural Relations of North Korea with Foreign Countries, the Spaniard Alejandro Cao, has denied the fact that Christian believers are being persecuted under the regime of Kim Jong Un.

Joel Forster (@joelfwal), editor of Evangelical Focus, asked Cao on Twitter about Christians being persecuted in North Korea. The regime's delegate responded: “It is absolutely false. The problem in the world is that there are enlightened people like you who believe themselves to be representatives of God or even God”.

In several other tweets, the representative of the Asian regime threw more personal attacks (“you are not a religious person but an activist of the USA”) and pointed at evangelical Christians: “You take advantage of drug addicts and homeless people to force them to become evangelists in exchange of a plate of soup.”

When asked about the possibility of the existance of a God who would make justice to those people suffering under the North Korean regime, Cao mockingly responded: “He [God] seems to be arriving late. We have been here for 70 years, and many more to come”.

Cao is an official “special delegate” of the North Korean regime and has been the contact which has allowed some journalists to enter the hermetic country, always under strict vigilance. He has appeared on several tv and radio broadcasts defending the atrocities of his “beloved leader” Kim Jong Un and his predecessors, Kim Jong Il and Kim Il Sung.

Therefore it is not a surprise that the special delegate defined the regime as “the closest to an ideal human society. Without drugs and prostitution. Where values are above money”. 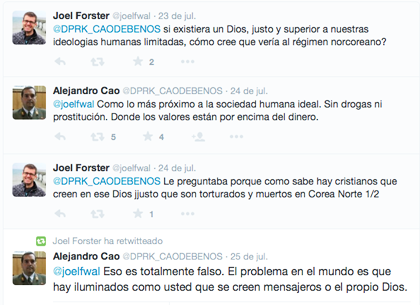 Although Pyongyang works hard to stop information leaks, there are numerous evidences that show that there has been a brutal persecution of Christians in North Korea for many years.

The regime controls almost every aspect of the life of its citizens. The population has no access to foreign literature or media (which is considered propaganda) and all communications are strictly controlled. The dictatorship promotes the one’s neighbor surveillance, threatening potential subversive citizens with execution.

Last year, the Human Rights Council of the United Nations approved a resolution in which it condemned the crimes against humanity that happen in North Korea. The UN report clearly pointed out the lack of freedom and the abuses that Kim Jong Un’s regime commits against the population.

Organisations like Human Rights Watch and Amnesty International confirm these evidences in their own reports.

For several years, Open Doors (an organisation which supports the persecuted church) has been denouncing the systematic persecution of Christians in that country. In its annual “World Watch List”, Korea is on the top because of its “extreme persecution” of Christians. It is, the organisation says, the “most dangerous country” for believers.