Joshua Wong was in solitary confinement for organising an unauthorised meeting. “A Bible passage in Romans is what gives me strength”, he said while in prison. 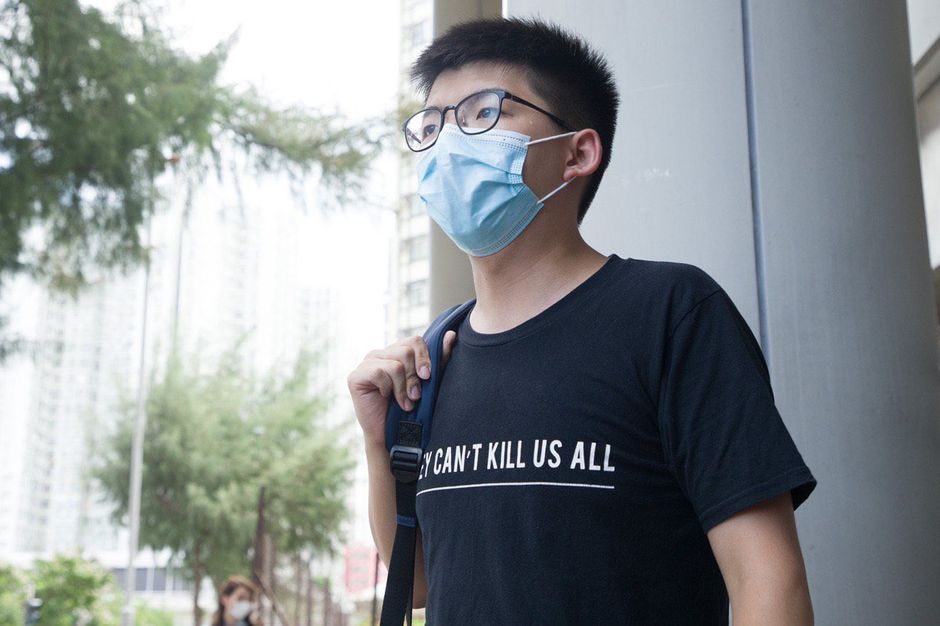 Hong Kong Christian activist Joshua Wong has been sentenced to 13 and a half months in prison.

He was imprisoned on 23 November, after pleading guilty to organising an unauthorised meeting in June 2019.

“As the present case involves a breach of public order and safety, as well as a threat to the personal safety of the public, deterrent sentences are warranted to safeguard public interests and the lives and property of the people”, the judge said.

Wong made a statement through his lawyers stressing that “it is not the end of the fight. We’re now joining the battle in prison along with many brave protestors, less visible yet essential in the fight for democracy and freedom for Hong Kong”.

“China is threatening the freedom of the world”

In November, Wong answered to questions of the German newspaper Die Welt in a hand written letter.

“Since the communist-ruled China introduced the National Security Law in Hong Kong this summer, authorities there have cracked down on any activities that they believe threaten China's national security”, he said.

According to Wong, “the increasing pressure of communist China on Hong Kong no longer weighs only on the activists. The escalation is targeting each and every one of us and even the people living in exile”.

“This is a symptom of a larger problem: China is threatening the freedom of the world”, he added.

‘A Bible passage in Romans is what gives me strength’

When asked what is currently giving him strength, Wong quoted a biblical passage from Romans 5:3-4: “We also glory in our sufferings, because we know that suffering produces perseverance; perseverance, character; and character, hope”.

“Once sown, the seeds would one day sprout. We will not give in, but will continue the fight”, he added.

The Christian activist explained that he is “in solitary confinement. My cell is lit up 24 hours a day, so that I have trouble sleeping. I am not allowed to meet the other inmates”.

In a handwritten letter from prison, which a friend photographed and posted on his Twitter, Wong also said that “though I've been in prison three times, solitary confinement is far beyond my expectation. It's hard to endure, but as many protesters face lawsuits/imprisonment like me, I hope you continue letting them know they are not alone”

“At the time of uncertainties, some of us may feel uneasy and anxious, but I ensure you that all these pains and sufferings would only strengthen our courage and conviction for democracy and justice. Cages cannot lock up souls”.

Wong told Die Welt that he misses his family and admitted: “I wish I had spoken more gently to my parents in the past. There were times when they were very worried about me. And I did too little to comfort them”.

“We will constantly look for new methods of resistance”

“In the past three weeks, 23 activists, journalists and MPs have been arrested. Every day, one of us stands on trial or goes to jail. So I can't be overly optimistic and say everything will be fine in Hong Kong in a year, that would spread false hope”, the activist underlined.

“But total pessimism is also inappropriate.Hong Kong will continue to fight. We will constantly look for new methods of resistance”, Wong concluded.

Hong Kong is a special administrative region of China. It is estimated that up to 130 million Christians live in China, which has a population of almost 1.4 billion.